I was asked to explain a little about how I'm using the MC8 with a looper. Although I use a few different hardware and software loopers, here I'll show it working with GLoop, which is my favourite for its functions and simplicity.

Here's a pic of the pedal page as I have it for GLoop: 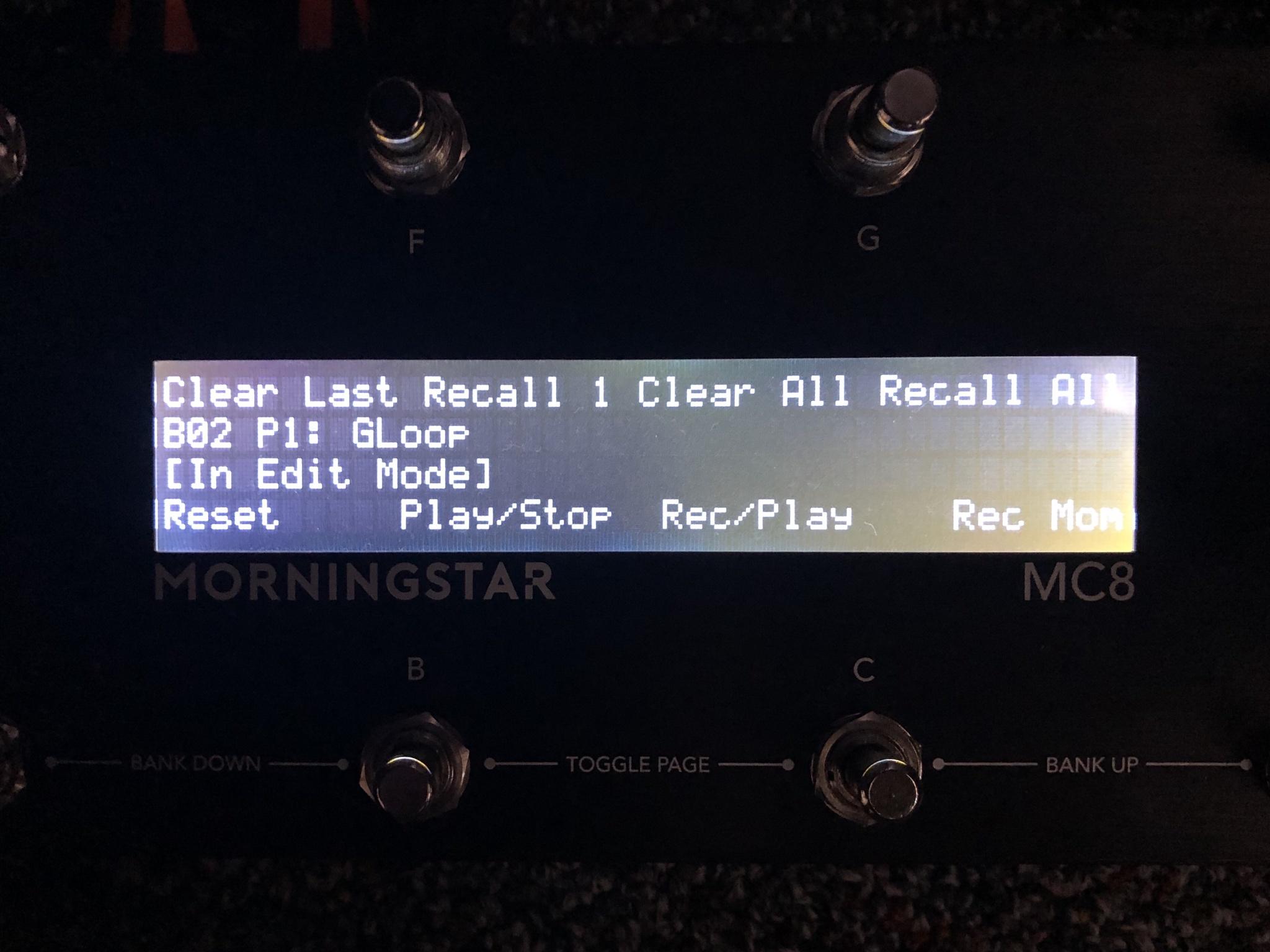 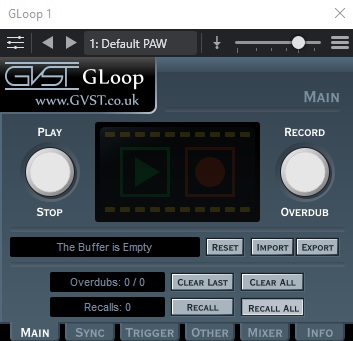 And the Triggers I have assigned: 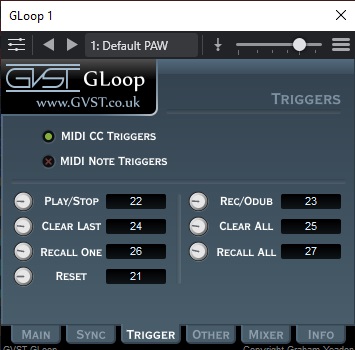 There were two functions that I would like GLoop to do, for which I needed to do a little bit of jiggery. The first was to have the 'Record' switch go automatically into playback, without having to press 'Play' after recording.

To get my looper to go into play after recording I created the following switch commands in a 'Preset' (in Morningstar parlance - a 'Preset' is the actions assigned to a single switch): 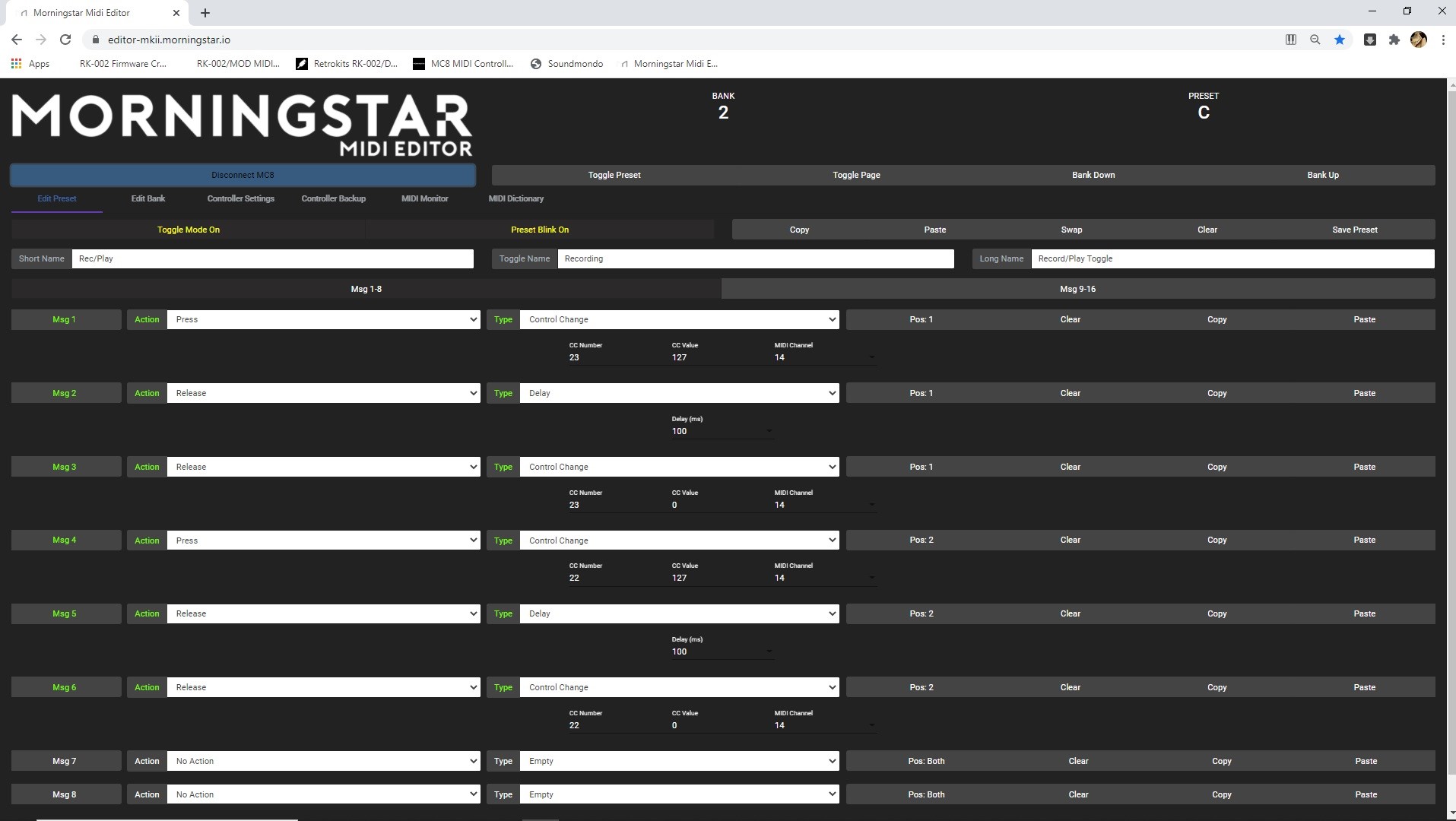 This is a 'Toggle' Preset, which on the MC8 means that I can have a different set of MIDI commands issued on first and second pressing. 'Pos: 1' is my first press.

On pressing the 'Rec/Play' switch I'm sending CC23 @ 127 to start recording. As I release the switch I'm firstly adding a slight delay (which I found GLoop needs, in case I'm a bit quick on the switch), and then I'm resetting CC23 back to 0. We're now recording, and the MC8 also shows 'Recording' in flashing characters to provide me with confidence.

Now when I press the switch a second time I'm activating 'Pos: 2' commands. When the switch is pressed I'm issuing CC22 @ 127 to kick off playback. As I release the switch I'm adding that delay once more, then resetting CC22 back to 0. The MC8 now goes back to displaying the non-flashing characters 'Rec/Play'.

Hopefully this all makes sense. It's important for me to keep resetting CCs back to 0, since if I issue a pair of subsequent 127 values the second will be ignored by GLoop.

That's it for my 'Rec/Play' switch.

My second wish for GLoop was to have a 'momentary' record function. In other words, for GLoop to record as long as I hold down a switch, but stop and resume playback when I release it.

Here's how I achieved it: 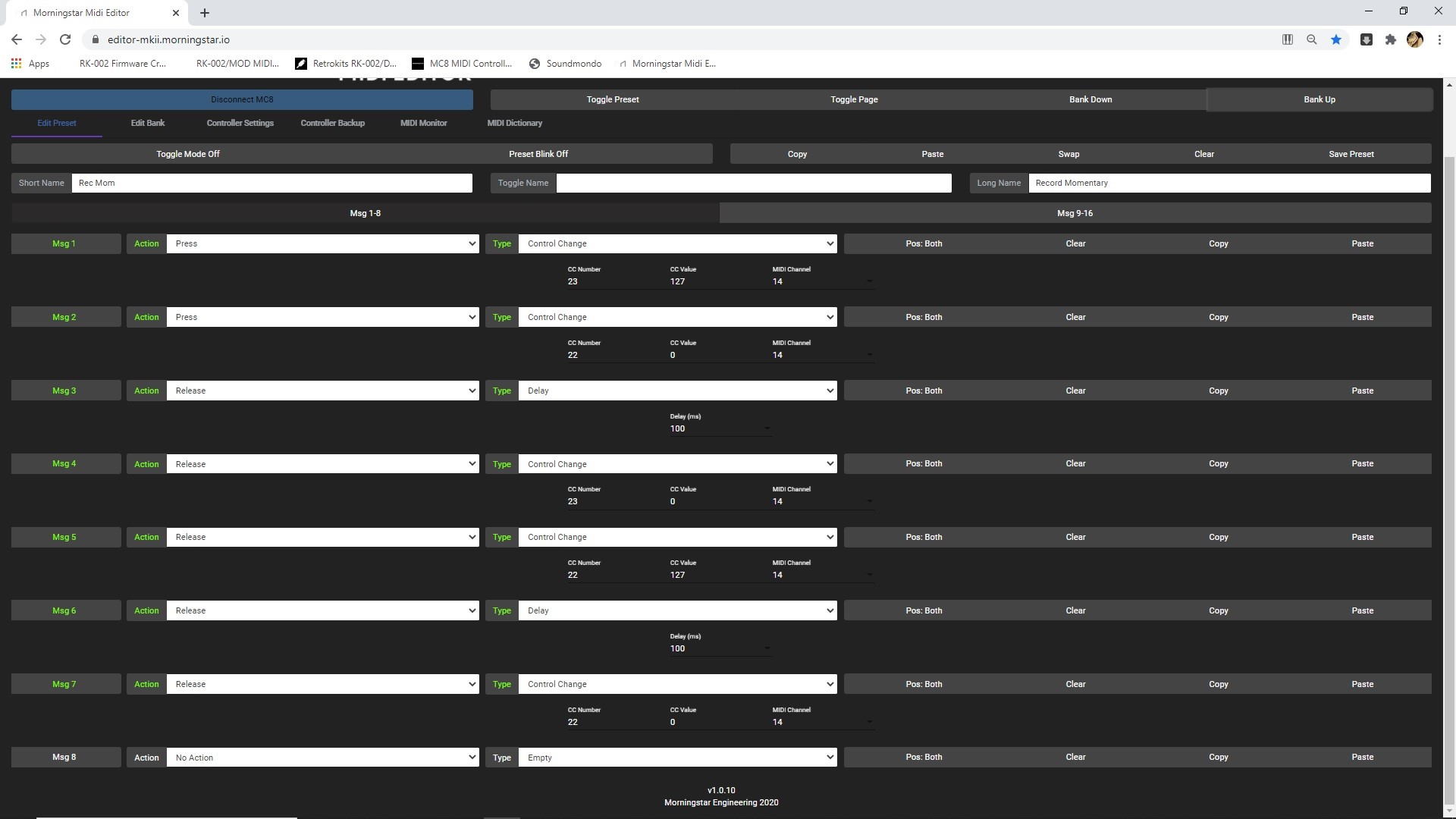 I don't need a toggle function here, so you will see that 'Pos' is set to 'both' - there is only one 'position' required.

The bottom line is that, thanks to the MC8, I've given GLoop facilities it doesn't possess on its own. I'm starting to find other similar tricks to make my life easier. You have up to 16 commands per switch, so creating some quite fancy 'one switch miracles' is very easy. I can switch off the stage mic, increment backing track, recall mixer snapshot and begin backing playback all from one click.

Hope this helps someone.

This will definitely help me, especially when needing both hands to create sounds to loop.
Thanks!!