For fans of synths, pianos or keyboard instruments of any sort.

One has to move fast to get something these days!

BJG145 wrote:Here's a new one - the Lumatone, launched at NAMM 2020. It looks a little like the Rainboard at the top of the thread, with a harmonic table layout and illuminated keys.

The board looks nice, but I love the early box prototypes... 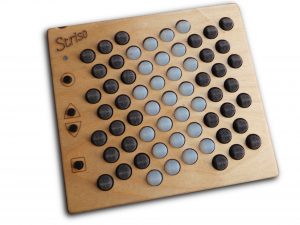 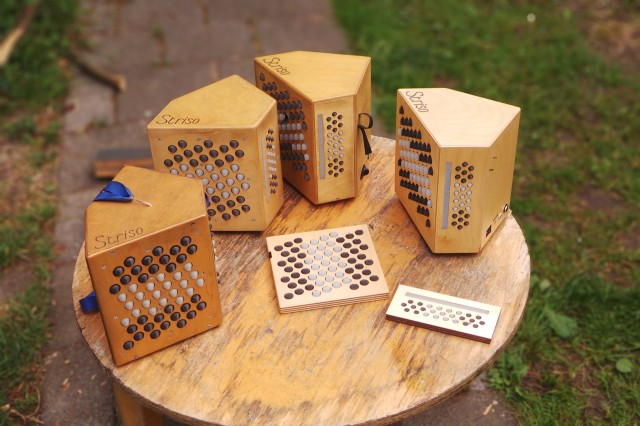 The Striso board is now on kickstarter! And I, the creator, now also on this forum. I'll also make a separate post in news.

Striso has done really well...£20K pledged of £22K goal so far, and 8 days to go. Hopefully it'll get there; will be interested to see how it develops.

I really do like the box myself too! And looking forward to experimenting with other self contained versions, and I hope to see more people build instruments with the Striso board as base.

Hi pierstitus, and welcome to the SOS Forums!

I'm pleased to see that the Striso has reached its funding target. Piers has been baking to celebrate. 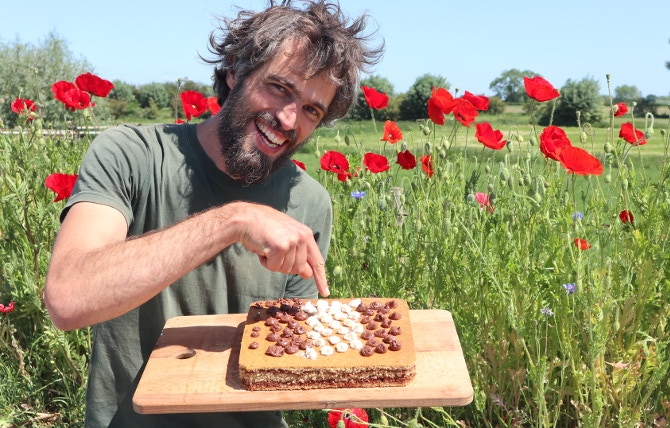 Just discovered this lovely rendition of a Bach piece on Accordina. 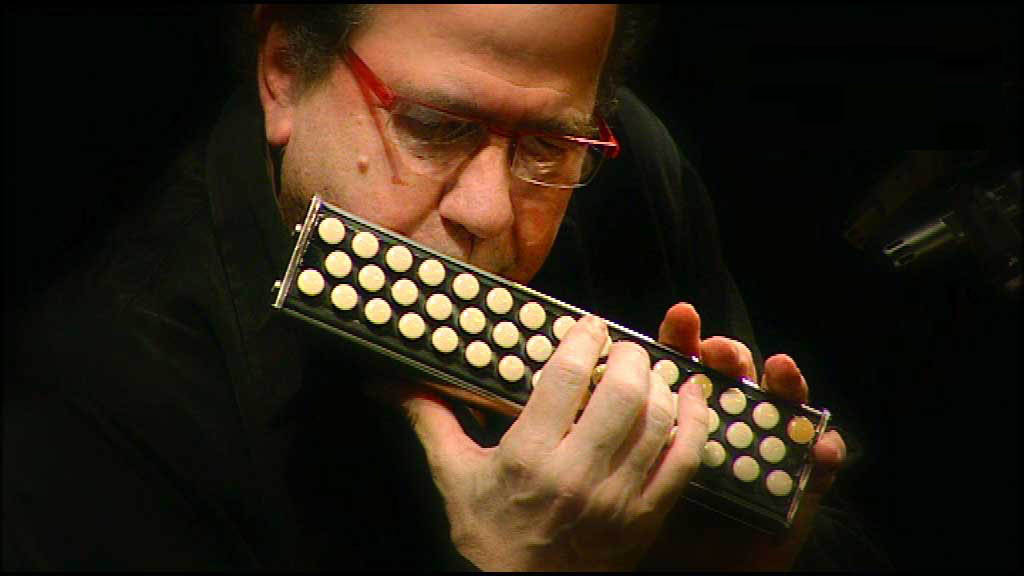 Update on Lumi keyboards.
UPS finally delivered my Lumi keyboards. So far I like them, almost full size keys, feel pretty good to play. Much better than those tiny keys on other small units. I’m not a keyboard player by training so have no muscle memory of weighted keys etc. I grew up with unweighted synth keys. The general build is of some kind of plastic that feels tough but I would want to protect them during travel, rather than just throw them in with the other gear.

At first I missed a pitchbend and mod wheel but without them the compact size is actually a bonus. The light show is amusing and if I were to use the units for triggering samples and other things the ability to colour keys to remind me of splits etc is a nice option, but I haven’t tried that yet. The lighted keys add cool factor which can be inspirational for writing music in the dark! Triggering through Bluetooth shows latency when triggering percussion or patches with sharp attack. For precision work I would connect using the included cable or learn to play ahead of the beat.

Now the unfortunate part - there were some tolerance build issues in the Mexican plant. When you connect 2 together (I bought 2 so I could have 4 octaves) the first one is supposed to automatically turn on the others as you link them together. Mine don’t so back to Roli they go. So far Roli are being helpful about this. No idea if I have to pay for shipping. I sure hope not. Due to the current plague it took 3 months for the units to show up. I hope it’s not that long again as I want to be using these. I may do another update when the new units show up.

Glad your experience differs from mine. I'm having the devil's own job trying to get my 6-month old Seaboard 49 replaced...

Oooh. Perhaps I spoke too soon.
That’s not right about your keyboard. It’s not an inexpensive unit. I have the smaller one. What went wrong on yours? Just in case mine has the same issue.

The silicone surface has gradually become detached from the surface underneath. It began with a couple of notes in the middle of the keyboard and has now spread to all but the top and bottom handful of notes.

It's now at a point where the surface moves about a quarter of an inch before contact is made, and a couple of notes at the lower part of the keyboard have begun playing spurious notes on their own.

I also have the smaller 25-note version and that one is absolutely fine.

I just discovered an introductory video on the forthcoming Lumatone by the polychromatic adventurer Dolores Catherino. I was interested in her comments on how it's the first microtonal instrument she's looked at which does away with a chromatic overlay. I wasn't sure I needed one but she's convinced me. (There's a recent performance here.)

Naturally she had to come up with a new system for scoring these microtonal pitches in colour to match the keyboard. Obvious. 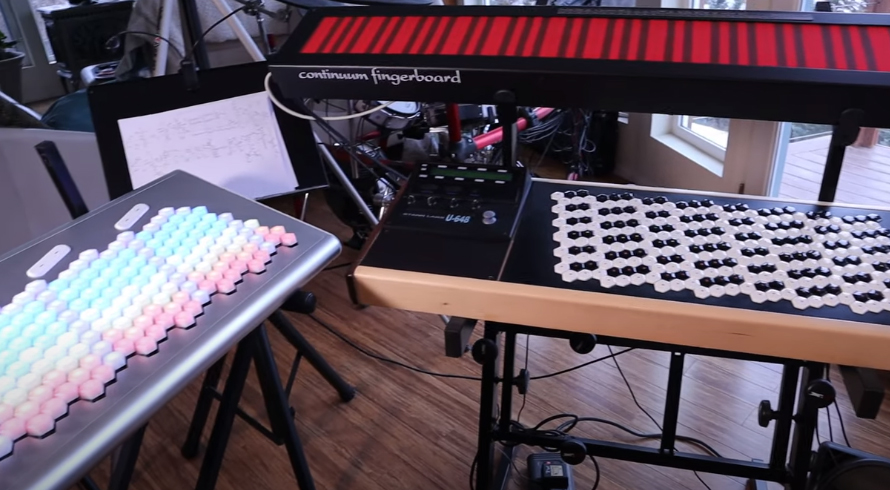 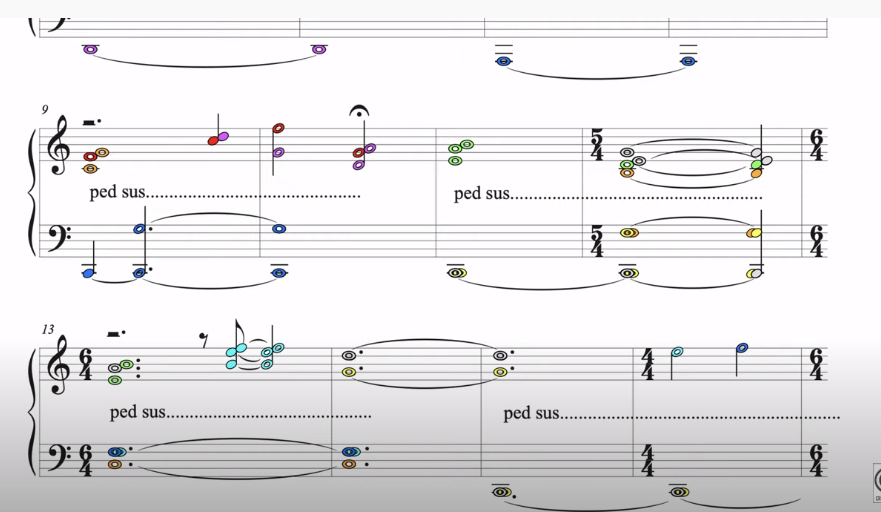