Print view
For fans of synths, pianos or keyboard instruments of any sort.
Post a reply
7 posts • Page 1 of 1

Hardware sequencers have never really been on my radar, but while browsing sites like Reverb I've recently come across some rather beautiful-looking examples. It started with the Genoqs Nemo... 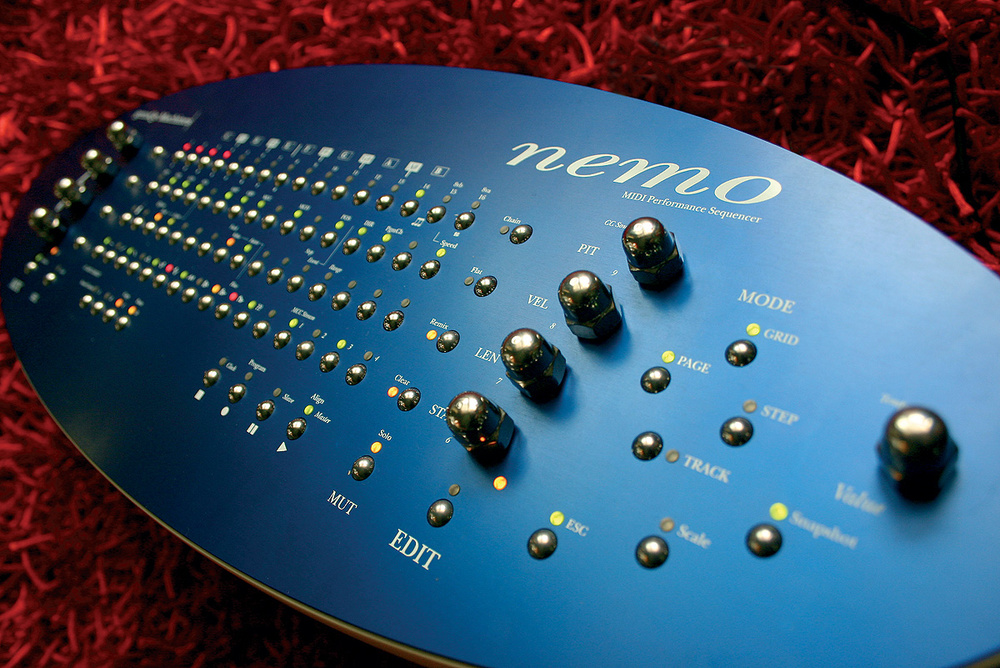 ...which I learned was a cut-down version of the even more fabulous Genoqs Octopus... 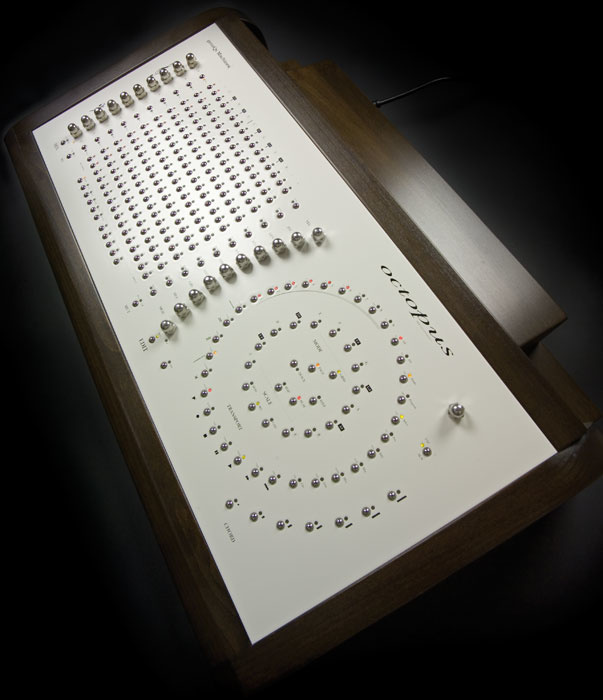 ...both of which impressed Paul Nagle. Genoqs seemed to cease production around 2010 and they're both now rather scarce and desirable.

It's been suggested that the look might have been inspired by the Latronic Notron, also reviewed by Paul way back in 1997.

It's another very scarce and collectable machine, although there's currently one on eBay for £2500. (There's also an Octopus for an eye-watering £3700.)

Another sequencer that grabbed my attention while researching the Polyend Perc Pro was their Seq.

Not quite as otherwordly, but still quite impressive, like a Monome on steroids.

I'm sure there are loads of other classics. Any good ones in your rig, or ones that you'd like to get...?

Honestly, I get more use out of the old Roland CSQ-600 than anything else. It'd be nice to have something that intuitive and simple for MIDI as well, that would also take an analogue clock, but I haven't spied anything new that does the trick. Don't mention the Beatstep Pro, I've got one and don't enjoy it. Korg are fun and cheap, but are terrible at external step clocking. The Toriaz Squid looks interesting, but busy, and the various pad-matrix units are somewhere between pricey and overkill for me.

So, yeah. I do like a nice sequencer, but finding one that's on the nose for my own needs is surprisingly awkward.

Didn't one review liken the Latronic to a toilet seat? :D

Hmm, it does seem that Mk1 is officially known as the toilet seat version.

Maybe that's why they went square with the Mk2.

I still prefer the Mk1 myself though. 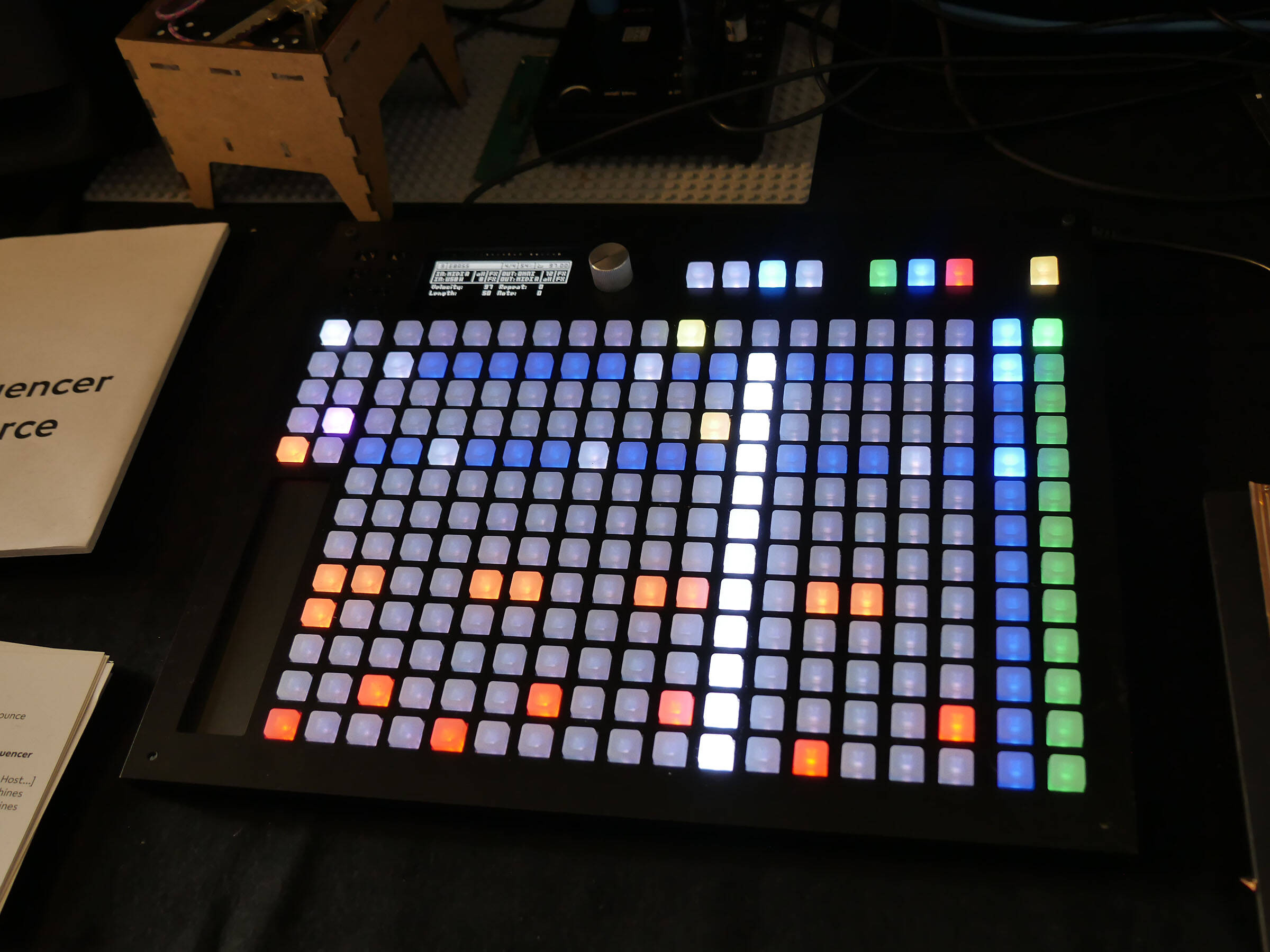 (...I seem to remember seeing a humongous illuminated grid sequencer a little while back but I can't remember what it's called...) 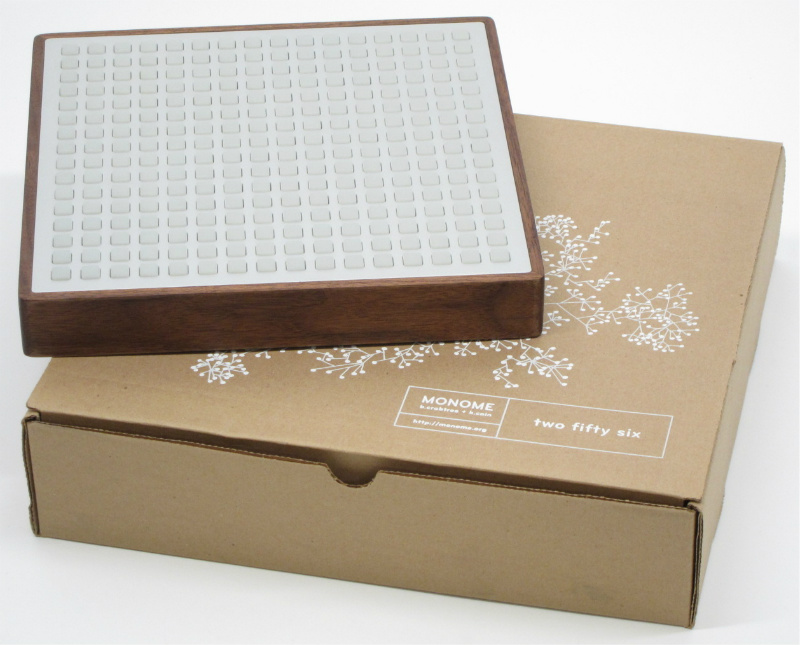 Hmm, it does seem that Mk1 is officially known as the toilet seat version.

Wonder if it did motion sequencing?

It would be rude not to mention JMJ's Matrisequencer and Digisequencer, built by Michel Geiss:

I use an Alexis MMT-8. Found a couple and took the best bits from each and came up with a perfectly working unit. A great fit with my unfortunately named Roland Integra-7.

Had a Cirklon in the past - liked it but its complexity was lost on me!

In truth only really use the Mega City and CSQ600! Love the tenori on for its quirkiness.....hardly used some of the others but keep convincing myself that I will wean myself off the Mac!