The Elf wrote:Speaking personally, I still wouldn't touch their analogue mixing desks, or a number of their accessories, but they seem to be doing a decent (if not flawless) job with their synth recreations.

OK, right. So I guess it turns out that Uli has good taste in synths and a talent for recruitment...

I'm just Googling this; I see they joined up with Rob Keeble's AMSynths in June 2019 for example. I suppose they've gradually built up a staff of highly skilled people with a passion for this stuff.

All power to Mr Keeble who has seen an opportunity to get stuck into doing the thing he loves with the huge resources of Behringer working behind him.

Sounds like Mr Keeble (who helped design their 2600) started with a Minisonic from Practical Electronics in 1975, and by 2002 he was working on a clone of the Emu Modular.

Me and a friend from school built the same synth back in the 70s!

We never did get it working properly... :headbang:

(Only electronics kit I ever tried to build was a 300 baud modem from Maplin, and that never worked either.) 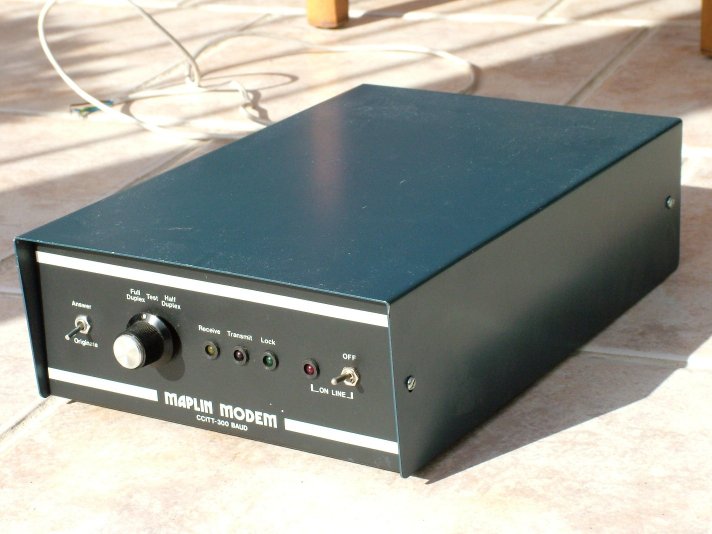 (Only electronics kit I ever tried to build was a 300 baud modem from Maplin, and that never worked either.)

I successfully built a few electronic kits but the ZX Spectrum midi interface was a failure. I couldn’t work out if it was dodgy software or hardware. :lol:
A year or two later I spent an absolute fortune on an Atari 1040, B&W monitor and Pro 24 software, soon to be swapped for Cubase, costing twice as much as Pro 24. Kids of today don’t know they’re born. :lol: :lol:

BJG145 wrote:Can someone just remind me how Behringer went from being a reviled producer of mixing desks and cheap accessories to a rolling program of classy analogue synth emulations at bargain prices that everyone wants? What happened?

They did it the only way possible, they started building decent, reliable and desirable products and acessible prices.

They still make some poor stuff, like their DI boxes (which are mostly dire) and there budget speakers which are truly cheap and cheerful but the X32 has proved at least as reliable as the opposition and was significantly better featured for a fraction of the price when it appeared. The opposition has had to play catchup and as a result we have such superb kit as A&H's QU range and various others at prices us ordinary guys can afford.

I still don't like the way Berry sometimes does business but many of their recent products are excellent* and I've been prepared to give them a second chance after the poor business choices they made in the '90's.

*Recent digital and analogue mixers, audio interfaces and synths spring to mind. Why they still make the abominable DI120 I have no clue.......

One reason for their success is Behringer makes things that people want.
The others make what they think you should have.

Can we have a quick recap...? This thread's predecessor started with a leak in 2017 which suggested these plans... 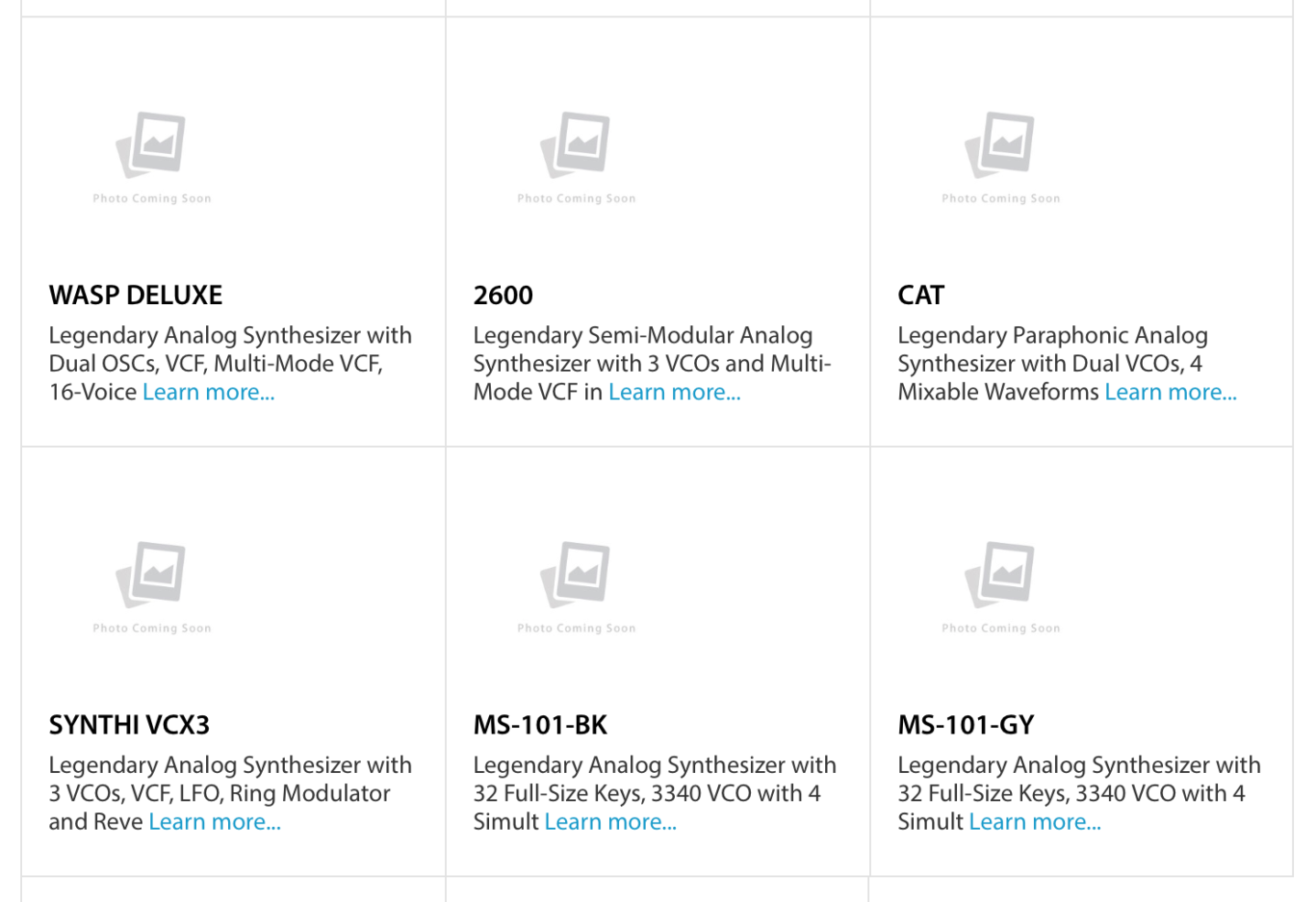 We've now got the Wasp, the Cat, and the MS-101, and we're about to get the 2600. So that just leaves the Synthi from that list. Then there's the Model D, the Odyssey, Eurorack versions of the System 100 and System 55, possibly an Oberheim, an OSCar...anything else...? Oh, here we go...Solina...Quadra, Synthex...OK, so, everything basically. Fine.

I love my Model D, I don't use it much but for the money the way it takes me back to my retail days is priceless. With a C3, a 147 and a Minimoog set up in the "Gear Cellar" I was in Wakeman heaven despite being barely able to play a note. Problem was it was a "piano shop" so I hardly ever saw a proper customer (not that there were many rock guitarists or organists who could afford real Hammonds or Gibsons anyway...) and ended up with a counter in the old HiFi department (Bang & Olufsen dealer :headbang: )

Behringer's Model D really did get things off to a great start and proved that they were capable and serious about what they were doing.

The lack of controllable pitchbend in release was a splash of cold water down the back for me, since it really does compromise the way I solo on a real Mini, but I found a reasonable way of mitigating this problem to my own satisfaction, and for the money I can forgive it.

The Berry D is depressingly good for any original Mini owner, it’s got "the vibe"
I got rid of my reissue shortly after hearing it, I’ve now got a Grandmother if I need a genuine Moog fix, it does the job.

I'm happy with the RD-8 and vocoder, they're very good. Minor gripes I can handle for the price, the pair of these together would be in the 5k region if you bought the originals these days. Behringer's takes total about £750. I think even the next cheapest analogue wannabe 808 is about that on its own.

The Model D I was very much less taken with, the euro-sized controls are too pokey for me.

I really like the fact that the Model D and the Pro 1 are Eurorack format as it gave me the perfect excuse to buy another RackBrute. I'll probably end up relocating them into a larger more "fixed form factor" case at a later date as the module collection grows though. 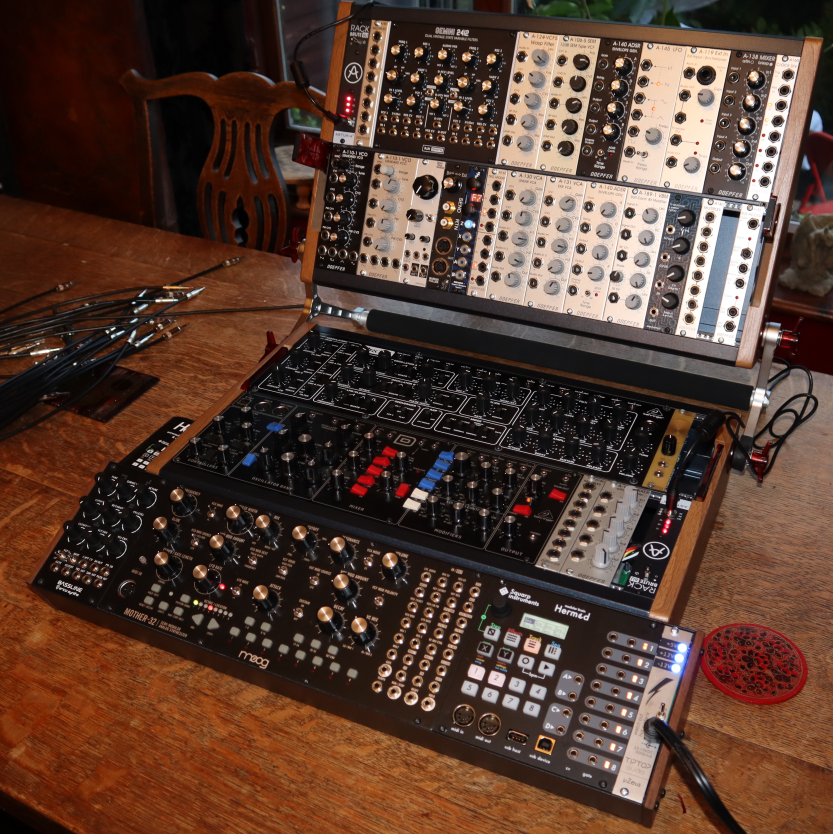 nathanscribe wrote:The Model D I was very much less taken with, the euro-sized controls are too pokey for me.

It's a compromise I'm prepared to live with as the real thing is way outside my price/talent range.

Now I'm getting excited. A few review forums seem to think that there will be a Poly AT MIDI keyboard/controller released. If this is anywhere like a reasonable price, I'll definitely be in the queue.
Poly Yoshi has a nice ring to it :lol: