TLDR: Thinking of using an old monome with Windows 10? Forget it. 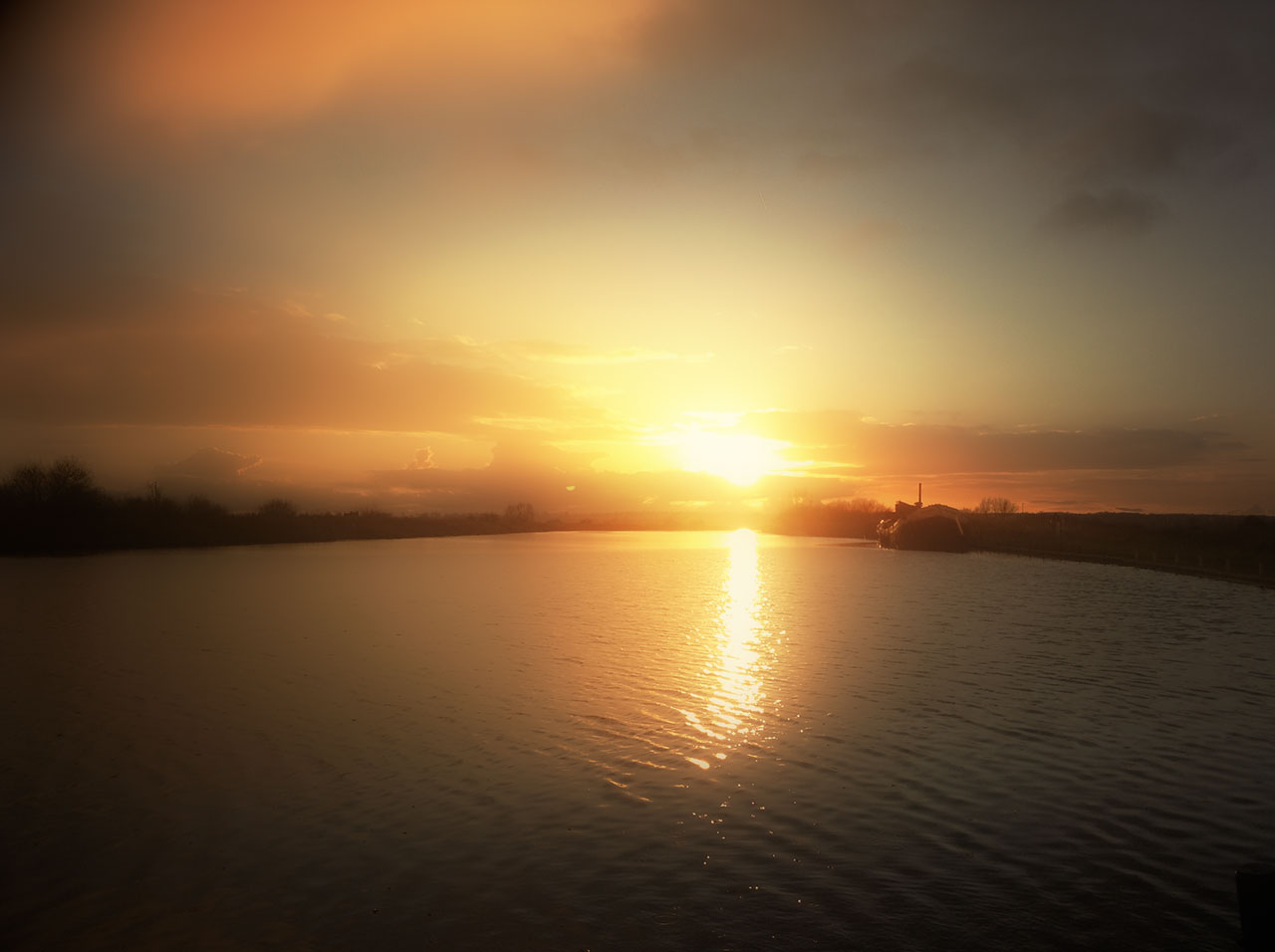 I resumed work on this piece of junk at around 7.30am, and the photograph was taken at 3.07pm. It took about two hours, and several pints of Moletrap, to dull the pain.

The walnut and aluminium monome 128 was delivered to my previous pre-Covid address. I only collected it yesterday and unboxed it last night. It looked lovely, I’d been looking forward to it…

…did I say the 40h kit was complicated? This 128 was on another level. Stuff like the console view in Max and the connection dialog in “monome_sub”, which the 40h had responded to, drew a blank. The power-up LED display looked…odd.

I started to panic slightly. It was past the 7-day Reverb limit before I’d opened it, but I contacted the seller. "Hey, er, when did you last get this working?"

They’d evidently not tested before posting, but it had worked on a Mac once. Try the lllllines forum (sic)…

So I posted there and started Googling. My research (and the lack of response) quickly revealed that monome fans were probably sick to the teeth of Windows users with old versions of the hardware.

It was exactly the situation I found with the Snyderphonics Manta. I don’t get it. Boutique USB device, dev focussed on Cycling ’74 Max, plenty of Mac support, some Linux support…Windows…nada. Yeah, it worked once, let me see, I think that was ‘83…good luck…

So I spent the morning researching and messing around with whatever software and utilities I could find. Eventually…thinking I was quite brilliant, and digging out some early obsolete Windows/Monome program called “monomeserial”, I was able to get it to respond to button presses…yay! Nothing useful though. With the current software, no way. Lights off and nobody home.

Wait, you expect the LEDs to light up? Did you think this was going to be easy? Nope. Most Googled links for older versions are broken beyond even Wayback’s abilities. The newest “VariBright” versions are not only frighteningly expensive, but not nearly so cool as the obsolete walnut and aluminium ones IMHO. But the inventor seems to use a Mac and not care much about anything else. Maybe it should be rechristened the Macnome.

At the moment, I’m frustrated and baffled. I’ve realised that Windows 10 support is practically non-existent and I’m not sure if I have the energy to set up some old 32-bit Windows installation to experiment. I even spent some time installing Ubuntu on an old laptop today but that didn’t get me very far either. What is it with this Mac-only hardware? I‘ve previously come unstuck with various other controllers like the aforementioned Manta, ReMidi T8 glove, ACPad acoustic guitar controller, for the same reason.

I lied...I still want to crack this thing but it might have to go into storage until I can afford a secondhand Macbook. Meanwhile I’m equally impressed and astonished by the amount of effort that has gone into these things without visible results. I love strange and obscure electronic instruments, but so far I’m amazed that so little has been achieved by so many. I still like it, and I’d love to be proved wrong.

...cheers Martin, I was grumpy today but I expect I'll forgive it once I get my hands on a Mac...

I finally got it working! I'm so happy! :D :bouncy: 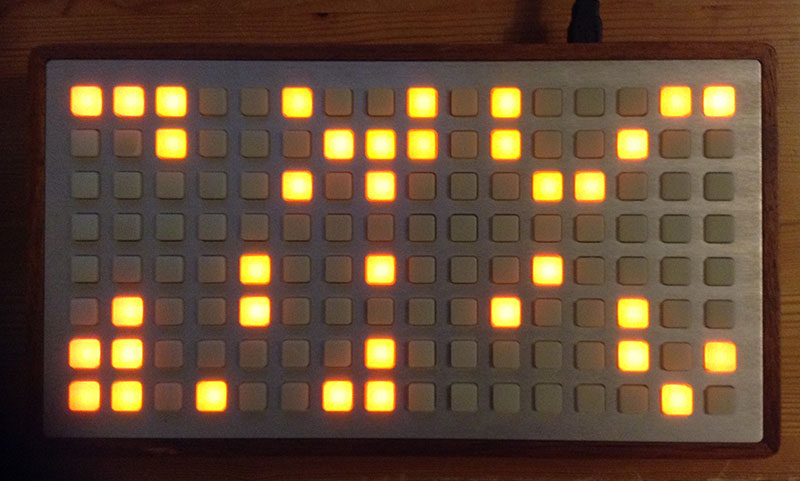 It's all showing up in Max and everything in Windows, and it's beautiful. Did I say I hate monomes? No, I love monomes. I'm a monomemaniac.

This afternoon I was going down more rabbit holes that I didn't even want to know about, running utilities to compare the properties of the FTDI chipsets in different versions...but what finally sorted it was simply deleting the virtual COM entry for the old one in Device Manager before letting the new one recreate it.

I'm too exhausted now to even think about music, so I'll just look at the lights.

I always love to hear about a happy ending 8-)

:blush: Can I ask that dumb question?...

When it's working... what does it do? (Words of one syllable)

I'm asking because it looks a lot like my Synthstrom Deluge, and I'm wondering if it's a similar device.

The Elf wrote:When it's working... what does it do?

Good question. The idea is that it's a minimalistic multi-purpose OSC-based thing that can be used for whatever you like. It was one of the first of these illuminated-button-grid controllers, though there have since been numerous others, from the Ableton Push or the Polyend Seq to synths like the Deluge or Dadamachines' now sadly abandoned Composer Pro. 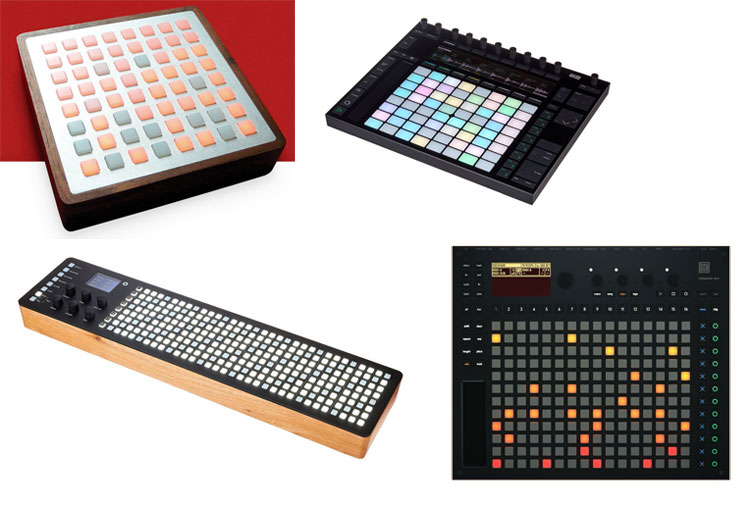 Despite being fiddly to use, they seem to have developed a cult following among geeks and hackers who use them to run obscure open-source sequencers with names like "Meadowphysics" to control things like modular synth setups.

Here's the obligatory implementation of Conway's Life on a 256.

(Tehn is the inventor, Brian Crabtree. Interview and examples here.)

Gotcha. Thanks for taking the time to explain! :thumbup: