The AlphaSphere is dead...long live Leonardo Skip to main content

The AlphaSphere is dead...long live Leonardo

Print view
Customising, building or repairing your own gear? Need help with acoustic treatment or soundproofing? Ask away…
Post a reply
1 post • Page 1 of 1

The AlphaSphere is dead...long live Leonardo

The AlphaSphere website went offline a while ago, so it looks like it's the end of the line for these. Old news probably, but I hadn't realised. It's a pity, because apart from being an innovative MIDI controller, it's also a useful mood lighting accessory. 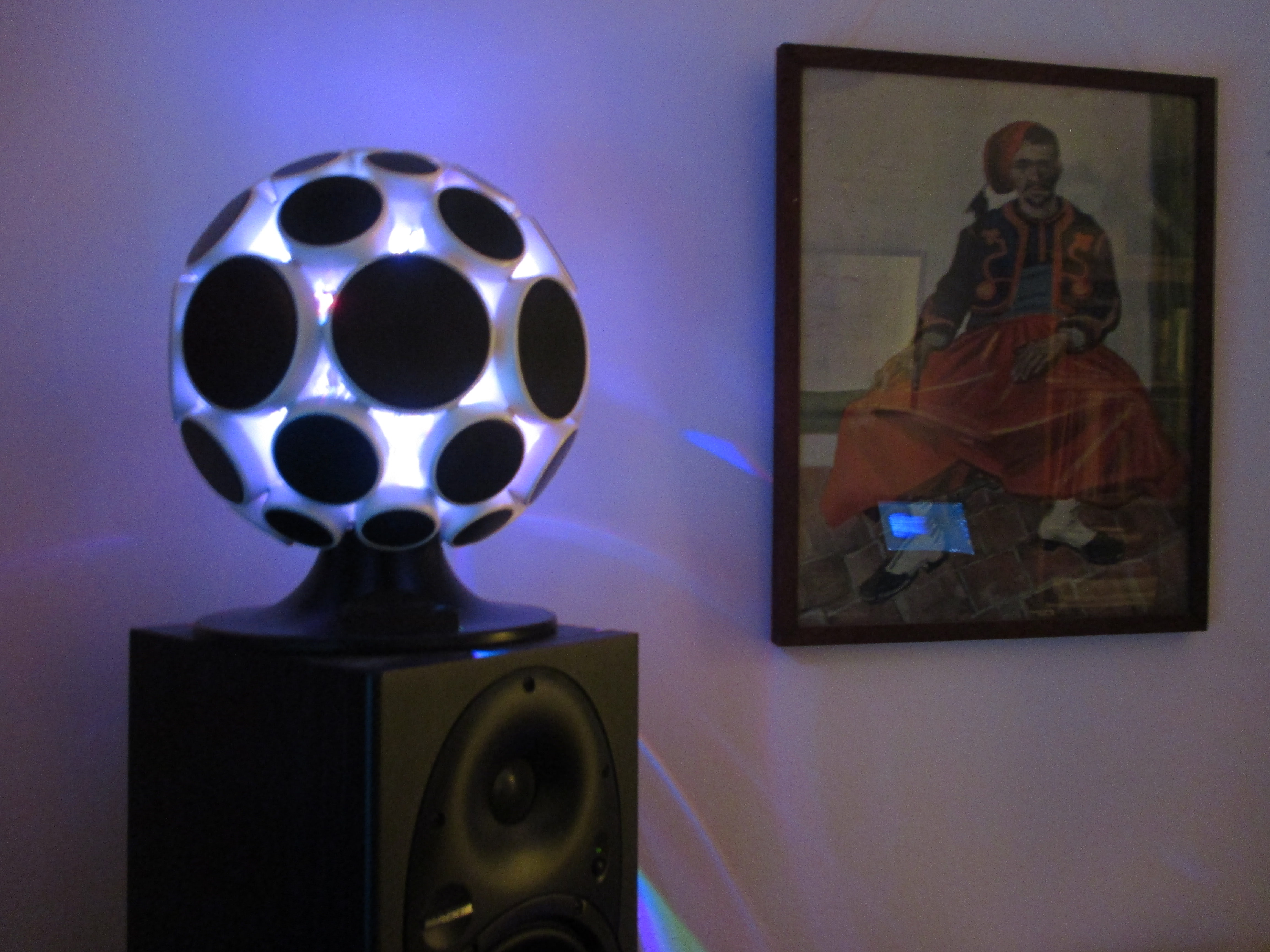 I thought I'd have a go at When Smokey Sings at a jam night later...sure, very cheesy, I deplore ABC really. But the AlphaSphere seemed a fun option, so I've readied it with string samples.

While figuring out how to update the firmware yesterday, I discovered a couple of things about it I found interesting. Firstly, that one of the main software developers, Liam Lacey, is now Head of Development at Modal Electronics, which is cool. And secondly, that it's based around an ATmega32u4, aka the Arduino Leonardo...I didn't know whether those things were just used for prototyping, or whether they found their way into final products. (I've got an Arduino Due with an MPR121 capacitive touch sensor breakout sitting on the desk at work for idle moments, and together with the discovery of a local branch of Hackspace, that's given my dream of creating some quirky MIDI instrument / mood lighting device fresh impetus...)