Print view
Customising, building or repairing your own gear? Need help with acoustic treatment or soundproofing? Ask away…
17 posts • Page 1 of 1 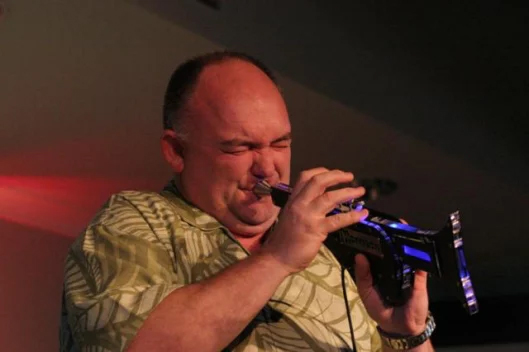 They were discontinued long ago however, and have become very rare. I've been looking out for one for years, and only seen a couple come up for sale, for two or three thousand quid, like this one on Reverb last year.

So I was pretty excited when a random eBay search turned up an affordable one listed under "Jewellery and Watches" last December, The seller didn't initially know anything about it, turning down an offer of £250 but suggesting £350.

While I was making up my mind, he suddenly found himself bombarded with offers and messages from people helpfully telling him how scarce it was (

) and ramped it up to £500. But we eventually met somewhere in the middle, and I was delighted to finally get my hands on the thing. 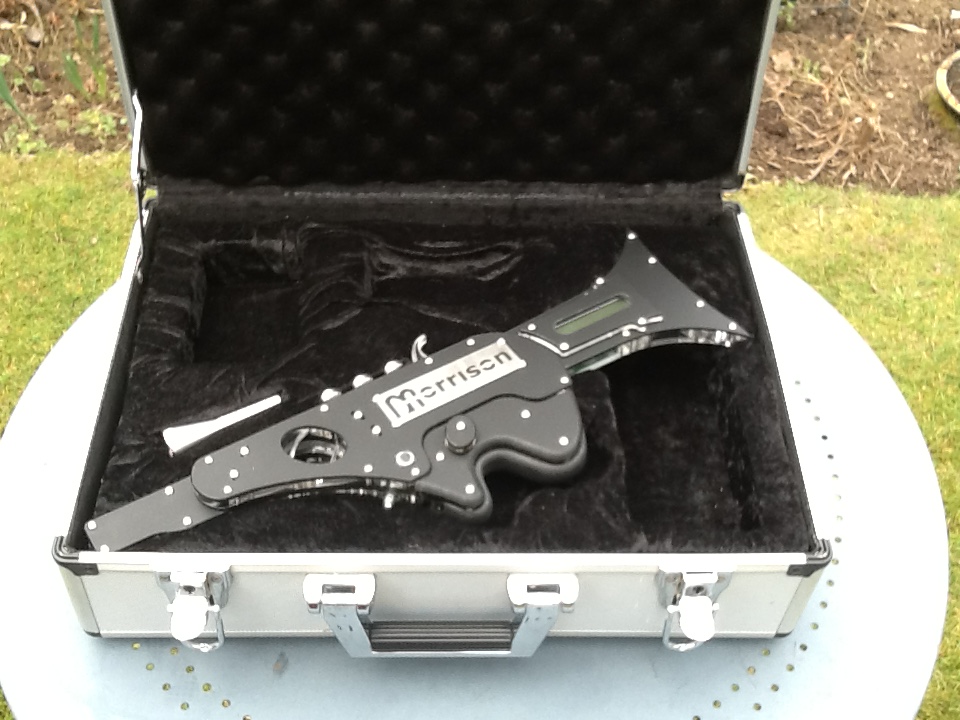 There was one catch, however, which I was aware of, which is that the trumpet plugs into a power/MIDI adapter with a special connector and cable, and these were missing. 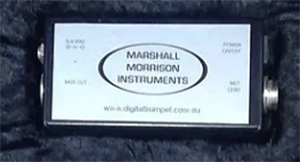 I had no idea how complicated the electronics for it were, or what it did exactly, and the chances of finding one for sale were zero.

I tried contacting James Morrison but no luck there (with 24K fans on Facebook he was probably too busy taking selfies), and I couldn't find any current contact details for Steve. So I joined up with a wind controller forum to ask around, and a helpful Australian owner sent over some photos of the inside.

I sent these to a synth repair specialist to see if they might be able to make one, but naturally they said they'd need a circuit diagram.

Fortunately, my Australian contact turned out to be an electronics engineer himself, and generously offered to study the thing and draw one up for me...

The repair specialist felt they could work with this. Result!

But even better, I had an email from Down Under a couple of days ago to say that he'd managed to get in touch with the original designer, who had unearthed a spare circuit board for this adapter in a store cupboard, and it would be duly tested and mailed over.

Can't wait to get this thing working...

Jim would have been proud of you and this isn't the end I imagine?

There ARE some nice helpful musicians out there in the world - sounds good BJG145!

...MIDI adapter circuit has now been connected up and tested in Australia - looking good...

Check out all the buttons on this thing. Gotta love instruments with lots of buttons. 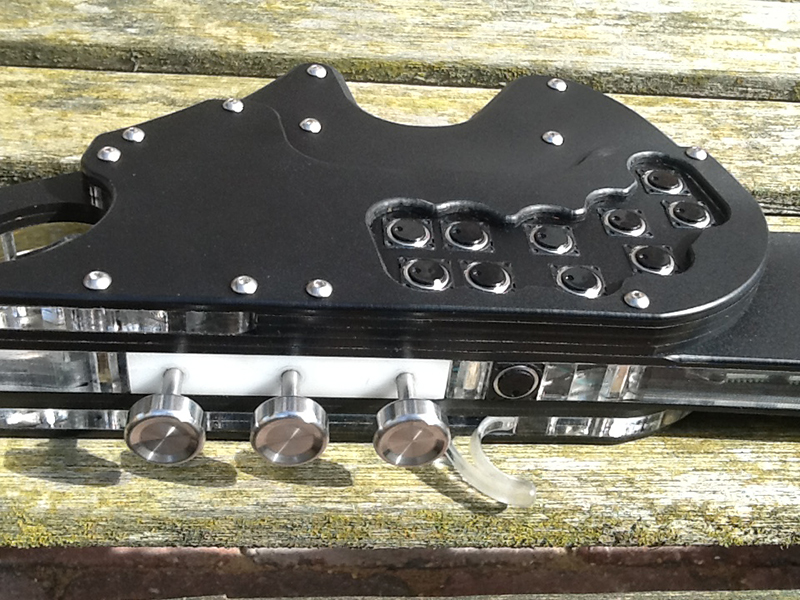 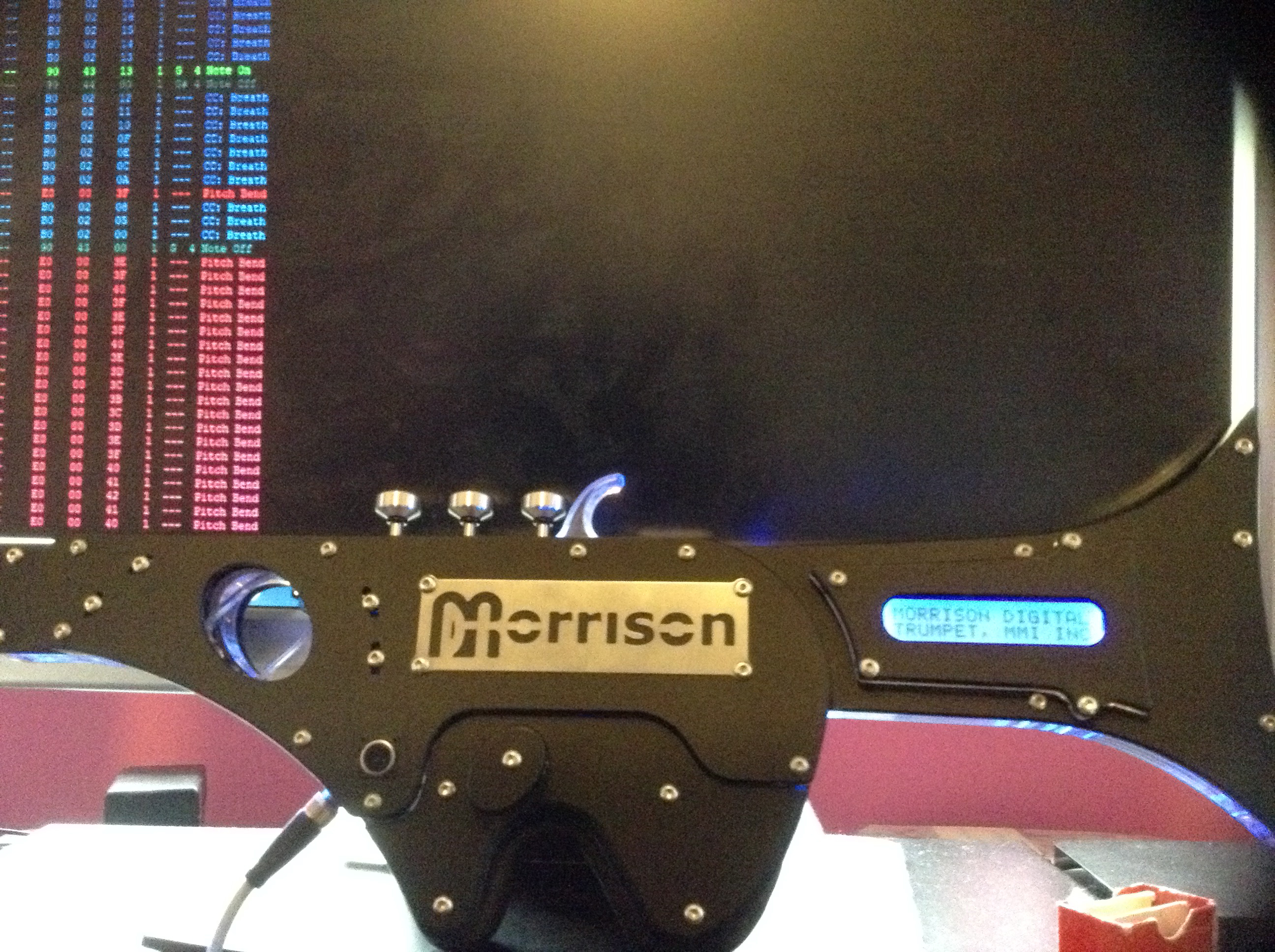 Love these quirky instruments. I have my fingers crossed for you!

That's a great story - I'm glad it worked out!

I suppose we won't see you for a while now

Nice little riff demo. Is the trumpet producing the sound or is it providing the midi to a vsti?

Hello! I was doing some research on the Morrison Digital Trumpet, and living in the USA has brought me to many blocks trying to find ways to purchase it. I saw this post and knew I needed to contact you somehow, but being new to this sight I am not totally sure how to private message or anything. I am wanting to save up a lot of money for this instrument but, I wanted to ask you if you knew of any possible ways to have it shipped to the US. Or how much money that might cost. You can respond to this comment, or I would love if you emailed me at this address:

Whatever is easier for you! Thank you very much!

Hi and welcome. The reason you can't PM yet is that to stop spammers misusing the system, the PM system is locked to new users until you've made 3 posts.

These are very hard to find; the only thing you can do is set up alerts on sites like eBay and Reverb, cross your fingers, and wait for a few years.