by BJG145
I'm a sucker for an instrument with coloured LEDs, so naturally the Percussa Audiocubes have been on my radar for a while. After running into someone who apparently met or knew inventor Bert Schiettecatte, I recently found a set on Reverb. 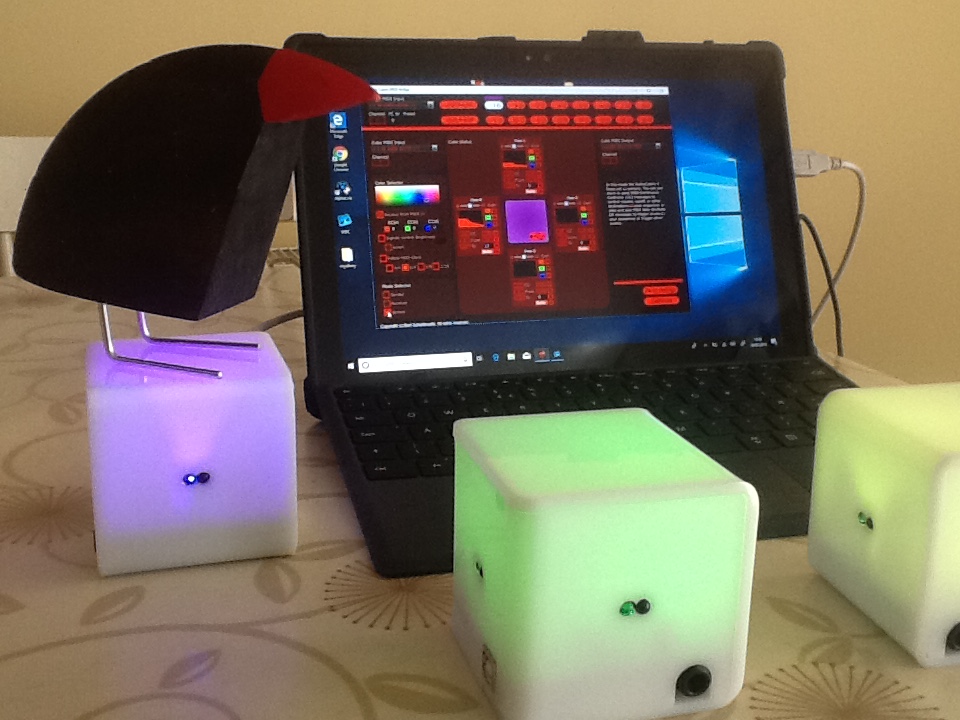 They're adorned with IR transmitters/receivers that generate MIDI data as you shuffle them around in a laid-back ambient kind of way. (I always wanted a Reactable and this is the next best thing.)

One of the them doesn't switch on however, and I'm pretty sure the battery has packed up. It lights up when you connect it to USB, but then Windows doesn't recognise it. I'm hoping this is just due to Windows trying to interrogate it before the Audiocube's microprocessor has booted or something.

Replacing the battery has to be worth a shot anyway. It looks like this: 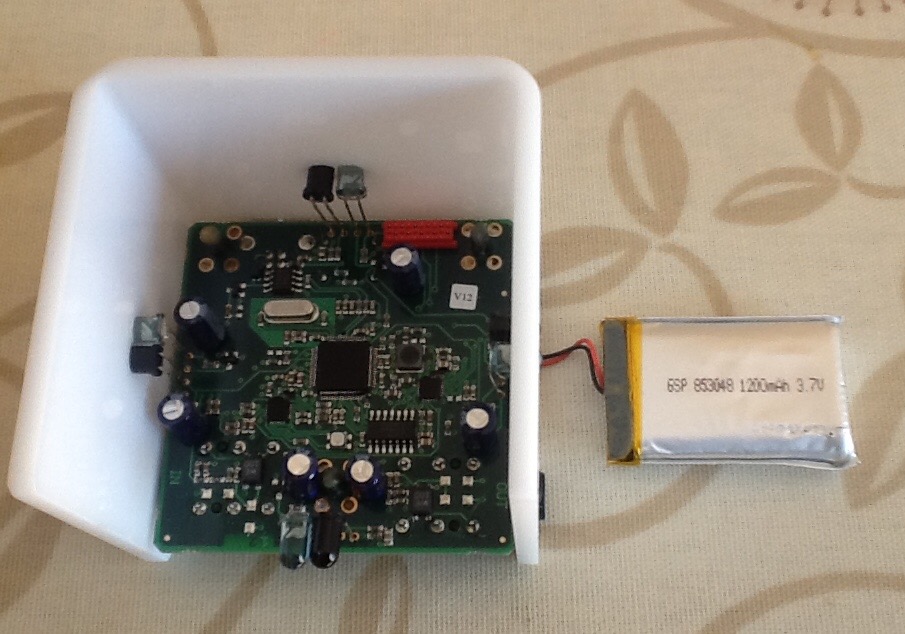 I can't see one with that specific text ("6SP 853048 1200mAh 3.7V") in the UK, though there are plenty of similar-looking ones marked as 1200mAh 3.7V. So the question is...will any of those do...? I wasn't sure if I also needed to be concerned about charging characteristics or anything...they're usually charged from the PC via USB.

(I emailed Percussa, but they just said these early V1 Audiocubes were discontinued / incompatible / unsupported. They're up to V3 now, and known as "Wireless" as opposed to "Classic".)

I've also got nervous reading about the fire risk with LiPo batteries, so I'll be looking out for an asbestos-lined carry case. (Seriously, presumably they're pretty safe really...aren't they...? :tongue: )

by James Perrett
Ralph (age 8) has just said "why is there a battery that is going to explode?" after seeing your picture. He's right! That battery needs to be out of the house and somewhere safe IMMEDIATELY!

by James Perrett
I would also suggest checking the charging circuit when replacing the battery. It should stop charging when the battery reaches no higher than 4.2V and also prevent the battery from being discharged below 2.8V. While batteries sometimes pillow out like this from old age, they can also expand like this from being overcharged or from being continually kept at full charge.

James Perrett wrote:Ralph (age 8) has just said "why is there a battery that is going to explode?" after seeing your picture. He's right! That battery needs to be out of the house and somewhere safe IMMEDIATELY!

Ralph, James and Wonks may get it, but I'm feeling extremely thick
- why does an increasing number of people think it is going to explode? :headbang:

by James Perrett
The sides of the battery should be flat but in that picture the sides look rounded. I had a similar thing happen to me a few days ago which is why Ralph recognised the problem immediately. I came into the kitchen to find that the back had come off my solar powered power bank. At first I thought the cat had knocked it off the window sill but I then noticed that the ballooning battery had pushed the back off when it expanded. I snipped the battery wires and took it straight outside where it wouldn't do any harm if it exploded. I've seen the effects of a lithium polymer cell going up in flames and they can do plenty of damage.

by Logarhythm
@BJG145 - is there space inside to mount a battery holder?
Rechargeables of around that spec are widely available - you can pick up e.g. a 3.7V 18650 of similar (or higher) capacity that'll happily charge from USB. If you don't trust the charging circuit you can always buy a standalone charger.
I've been using one of these for my vape (yes, I know, but it allowed me to quit smoking) for about two years, and to the best of my knowledge I have not yet died in a battery-related fire ;)

by Sam Spoons
I've had an Apple Watch and an iPhone battery swell and force the display off the device, the watch was replaced FOC by Apple as they were aware of the issue, the phone was very old. Neither battery showed signs of getting hot though, let alone bursting into flames.

by BJG145
OK...not exactly what I wanted to hear, but I just ordered a fireproof bag...

by Rob Kirkwood
As others have made clear: Swollen Lion battery = bad thing

You need to be careful not to compress it, or bend it, or damage it in any way. Also you usually can't just stick these in a rubbish bin, or even a normal battery recycling bin.

by BJG145
Replacement battery arrived today - dashed to the fireproof safe to retrieve my toy...

It switches on by itself now. And if you hold the power button, it duly turns green, then blue, for "bootloader" mode (firmware update).

Unfortunately the PC still fails to identify it in either state, so I guess its tiny microprocessor mind has gone.

Ah well. I guess I can still turn it on and arrange it with the others for visual effect. It could be the dummy cube, like the dummy desk in the studio...the one people can fiddle with if they want to participate.

I gave them their first airing the other night, unboxing them in an upstairs pool room in front of an excited audience of four. Two of them seemed to be bonding when I left...maybe my cubes can help bring people together.
All times are UTC [ DST ]
Page 1 of 1
Powered by phpBB® Forum Software © phpBB Group
https://www.phpbb.com/