Print view
For fans of synths, pianos or keyboard instruments of any sort.
Post a reply
7 posts • Page 1 of 1 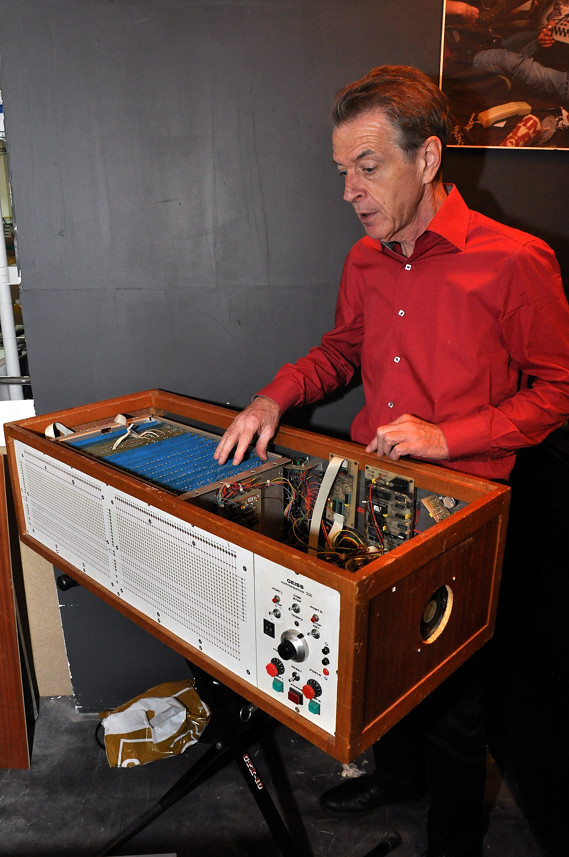 "At that time, most of the sequencers were designed in an electronic designer’s point of view, not a musical point of view.
You could not easily program standard durations and pitches with them.

Basically I made it to be used either as a simultaneous dual part sequencer of 50 notes each, or a single sequencer of 100 notes.

I designed the matrix to play standard notes with the octave divided in usual semitones, within a range of four octaves.
A combined four line part was dedicated to get 15 precise durations of the standard notation (full note, half-note, quarter-note, triads, etc.).
One line was dedicated to glissando between any two notes and another one to legato.
Several sub-sequences could be programmed, with looping between pins on the upper line.
I am proud of the later idea, which was a first at that time!"

Rhythmicomputer
"I designed the Rythmicomputer after the Matrisequencer without precisely remembering when it was.
It’s a computerized rhythm box, with electronic sounds generated by electronic circuits I designed myself."


Eminent Organ
I added an external input on the Eminent 310 organ, so that we could use its very special “Bucket Brigade” chorus with other
instruments, which we did in Equinoxe."


Smallstone phaser, Korg Minipops
modify the Small Stone phaser to slow down its “sound waves”.
On the other hand, I also found a way to split outputs of the Korg Minipops, so that the internal sounds could be independently processed.
I also usefully added an external sync input to make it compatible with my Matrisequencer. 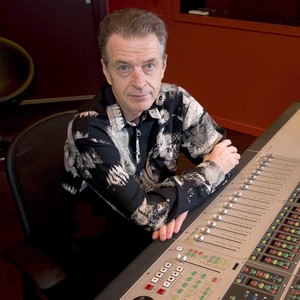 radio processing, and several years ago I published a technical study in a French magazine on the subject.
As an example, a paradoxical fact, some heavily compressed CDs sound lower on radios than CDs with more dynamics,
which is something many people ignore, including sound engineers!
I recently went about all that in courses I was giving to students.

There is obviously a loss in quality on heavily processed CDs.
That being said, there are many ways of mastering music, and some are less musical than others.

As an example, trying to remove noise in old recordings can be very difficult to achieve without artifacts,
specially if it removes “life” in the music,
that little subliminal “imperfect” thing that has been understood to bring something pleasant to music.

Mastering as a process can easily bring more harm than good to music!
Mastering engineers should be like Hippocrates: “Do good or to do no harm”.

I am also suspicious of people who claim that their digital processor has been specially optimized for a specific project,
and that it is extremely powerful, and so on.
It’s like if a restaurant chef comes to your table and tells you:
“My food is the best in town. I have a secret: my microwave oven has been specially designed for my restaurant by NASA engineers!

In my work as a mastering engineer, a few years ago, I have been confronted with a surprising situation.
I was asked to re-master one of our most famous artists’ albums.
The record company, BMG went to Metropolis Mastering Studios in London to get it mastered.
The best available equipment was used, including highly expensive monitors, and so on.
But when they came back in Paris, they compared what they got with what I had done earlier on 2 of the same songs for the radio promo CD.
And guess what! They called me to re-master the whole album!

I mention that my equipment is very basic.
All that only means that equipment, as much expensive it can be, is not the key to quality and musical sound."

I would be pleased SOS doing an article on Michel Geiss.
SOS staff would find kindred engineering spirit.

(Tbh decades on I shouldn't even have to post this.
Nevertheless my love of JmJ & high esteem i have for Michel Geiss).

"Artistic collaborator” was his way to give me credit for my understanding and support of his projects, both musical and conceptual ....
doing my best to make his projects happen in the best way, both artistically and technically."

Prior to Oxygene
"My explanation regarding the change of sound is very simple.
Before Oxygene, Jean-Michel only worked with very basic equipment, mostly a Revox 2 track recorder and an EMS VC3 or AKS synthesizer.
At this point I find it remarkable that Jean-Michel made such an album as Deserted Palace (1972), only using one instrument!

He was not wealthy enough to buy more equipment.
But when he decided to start his instrumental main project Oxygene,
he managed to finance the purchase of a second hand 8 track recorder and a few more instruments."

2. Sharing expertise ARP2600.
"I also programmed specific sounds on the ARP 2600, such as the theme sound of Oxygene IV, the waves sound in part VI"

3. "Jean-Michel also sometimes was asking me my musical point of view"

4. "my main role was recording him while he was playing his instruments, as he needed someone to do the job.
I discovered the finished record when Jean-Michel showed it to me later."

"Part of my artistic collaboration was to use my training and knowledge in electronics
to build new instruments or modify existing ones to adapt them to his musical concept.

Jean-Michel expressed his wish of doing sequences on a matrix, I started thinking and designed the Matrisequencer 250,
which he immediately accepted as soon as I finished it. It became one of the main instruments in Equinoxe.

We were starting using his new updated recorder, which became a 16 track from the earlier 8 track version.
The new version was made from second hand components.

Overseeing Processes
"Another side of my collaboration was to oversee such processes as cassette and CD manufacturing and mastering of albums.
For the later, I have been working in Paris (Dyam Music), and in New-York,
where I met such great mastering engineers as Ted Jensen and Greg Calbi at Sterling Sound and Masterdisk.
A useful experience when I had to decide on a new job."

There does seem to be this bizarre fanboy thing on the interwebs about JMJ vs Geiss, with exhaustive lists like the above of all the things Geiss did which were are led to believe the evil JMJ stole credit for.

A weasel hath not such a deal of spleen as you are tossed with!
Top

As I'm getting on, I want my heroes to be straight up, to give a leg up to others (& Pro LGBT, Pro Multicultural, et al).
Else I wouldn't be able to listen to their creativity any longer.

I am pleased JmJ did what he did for Michel Geiss. I would have been ruffled had JmJ not done so.

Certainly in large part due to JmJ, Michel Geiss became well regarded in audio France, as well as having a second career Mastering Engineer.

Fascinating read - thank you for posting.

I too enjoyed this. It seems a tad surly of the Fairlight Jarre site to throw a tantrum because they weren't getting the love they felt they deserved, but I don't know anything about the history of things there other than what they wrote on the default notice. I tried to access these links before, but hadn't thought to use a google cache or the wayback machine, so thanks for providing those links.

Very much looking forward to seeing Jarre in Brighton in October :)


I am glad Michel Geiss' insights are informative reading, along with I hope appreciation for Michel Geiss.

I must admit I felt awkward posting this thread as it is a done and dusted from decades ago.


With any artist hero, it is easy to place them on stratosphere.
However JmJ is such an approachable person. Interacting, we would never think it's JmJ.
Although it is easy to pour out love to JmJ.
Even near 70 there is something refreshingly fresh, quirky, non cynical, non jaded, open, straight up about JmJ.
Scars JmJ has, as we all have, JmJ hides well.
Endearing to see JmJ' taken aback when affection is poured out to him :lol:


If we requested JmJ to listen to our music, JmJ would be encouraging. He may even want to collaborate if it is offkilter ;)

One of the more interesting collaboration JmJ with Will Roberson.
Five Percenters lyrics : conscious rap i.e. proper hiphop.
https://m.youtube.com/watch?v=38S-xAPqARE 1998
JmJ should pursued this.

Michel Geiss
"To me, large outdoor concerts are far more adapted to his style of music.
Such music mainly belongs to the realms of the imagination.
Anyhow, what counts the most is the audience. The public can still find the original mind of big events in a reduced size."

Should this be JmJ's last outdoor in Blighty what a location.

Thus should be obvious there is no universal purpose, universal meaning of life.
Top
Post a reply
7 posts • Page 1 of 1