No, it's not what you might think, but Andrew Stoltz and Travis Weller (AKA Cedar Choppers) performing a fine collection of improvisations in Big Bend National Park. Instruments: Viola (Weller) and The Owl (Stoltz and Weller).

I'm mostly envious of an environment where you can confidently take your instrument outdoors and not worry about being rained on. :)

blinddrew wrote:I'm mostly envious of an environment where you can confidently take your instrument outdoors and not worry about being rained on. :)

And what if your instrument is a Rainstick?

I clearly hadn't thought this through...

blinddrew wrote:I'm mostly envious of an environment where you can confidently take your instrument outdoors and not worry about being rained on. :)

Maybe try some pocket instruments. Like has anyone played with those new pocket synths from teenage engineering? They look sooooo cool

Here's a humdinger of an invention, or to give it its proper title:

Who let Mr Sweep out of his box?

It is fun, though.

(with slight overtones of Mr Sweep - though it actually reminded me of the bridge riff of this: https://www.youtube.com/watch?v=0ttGgIQpAUc )

RITUAL for a 3D Printer

I'm always fascinated by people who manage to re-purpose existing machines to create new sounds - Koka Nikoladze is a Georgian artist based in Norway.

"RITUAL for a 3D Printer is an electroacoustic musical piece composed for a machine.
This work is another turn on investigating some essential aspects of musical expression and examining dramaturgic potential of mechanical objects.
Monotonous motion, repetitive evolvement, irregularly pulsing passages and then straightened rhythmical patterns, all are silhouettes and shadows of different rituals."

More from the creator here: http://nikoladze.eu/

You can rely on our old friend ::vtol:: to consistently come up with innovative sounds/machines, and here's a cracker!

"The Metaphase Sound Machine is a kind of homage to the ideas of the American physicist Nick Herbert who in the 1970s has created both Metaphase Typewriter (Fig. 1) and Quantum Metaphone (a speech synthesizer). These were some of the first attempts to put the phenomenon of quantum entanglement in practice and one of the first steps towards the creation of a quantum computer." The Apples in stereo: Teletron Mind-Control Interface for Synthesizer

Well you can't get much more innovative than this!

"Robert Schneider (The Apples in stereo singer/producer) practices using the Teletron, a modified Mattel MindFlex toy that uses EEG sensors, to play a Moog analog synth with his thoughts."

I've seen the future, and it scares the willies out of me. :o

Guessing a few of you will have seen this already but here's a fascinating video about constructing the next generation of the marble machine:
https://www.youtube.com/watch?v=iFuUSe44jtk

"My unusual instruments during my concerts are presented as sound sculptures and provoke curiosity on how they will sound.
I position myself in the center of this set-up, as an orchestra conductor, creating an integration between Man and Machine.
Who directs who ? who plays what ? who plays the instrumental notes ? who processes the computer ?

I tell stories, imaginary sound poems.
The audience is invited in a surreal world where they will hear new sounds, as they can see me operate my sound machines."

Bruno Billaudeau builds some beautiful-looking and sounding instruments - see/hear for yourself: 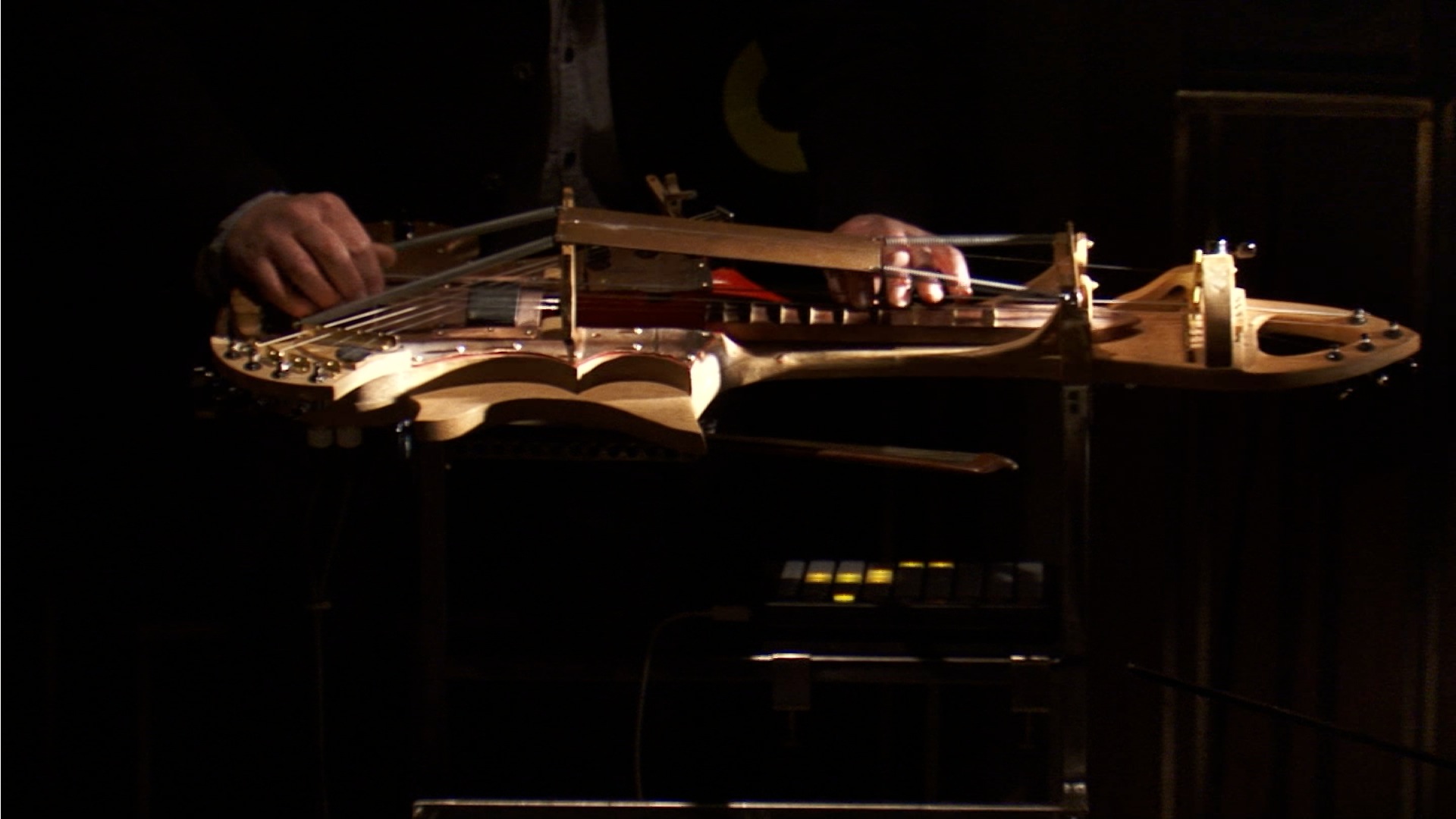 Now listen to it in action: