johnny h wrote:Anyone test out the Behringer booth at Superbooth?

Yes, had a look both yesterday and today. The Odyssey was there but I didn’t get time to play with it. It looks great and build quality seemed good.

They were also showcasing their 808 and 909 which again looked and sounded really good!

They had their 101 also which I didn’t play either but looks equally as convincing as the others :thumbup:

...and look at the PCB they are showing off on their facebook

Behringer facebook wrote: Can you guess the synth?
This one's at a very early stage and we're now building our first prototype.
But I am sure you're all getting excited - I definitely am as it's one of my all time favorites. Uli.

That was my first thought, too...

Yep, the positions and orientations of all the sliders, and the positions of the patching sockets, could only fit with an ARP 2600.

If the pricing and quality turn out to be as keen as Uli's other synths it's probably going to scupper sales of the DIY version being discussed elsewhere in these forums! ;)

The positions of the controls aren't 1-2-1 (and getting rid of the yukky speakers has given a lot of scope to rationalise the design), but I'd put a sizable bet on it being a 2600.

Hugh Robjohns wrote:If the pricing and quality turn out to be as keen as Uli's other synths it's probably going to scupper sales of the DIY version being discussed elsewhere in these forums!

I hope it doesn't - the labour of love put into the DIY version is evident and choice is always good. It would be good if there is room for both!

..and now for something British?

They're starting to make knock-off Lego kits too?

Hmm, a Lego Jupiter 8 is probably the only Jupiter 8 I could afford... :lol:

desmond wrote:Hmm, a Lego Jupiter 8 is probably the only Jupiter 8 I could afford... :lol:

Have you seen the price of genuine Lego these days?, looks like you'd have to go for cloned Lego too :D

But seriously, when Uli says he wants to start building synthesizers he goes in hard, he's even looking for people to join a synth team in Japan (as well as the UK, Germany and Italy). He calls himself the chief disruptor, and he ain't lying!
Clones most of them they may be but we seem to be getting a really good quality product at a price the other major players can't beat even with mini-me software in a box with knobs.

Intresting. I never had one, never wanted one, but I always fancied having an afternoon of lost time fooling around with one...

I know someone currently considering working for Behringer (though they're mucking him around at the moment); I've given him my wishlist... 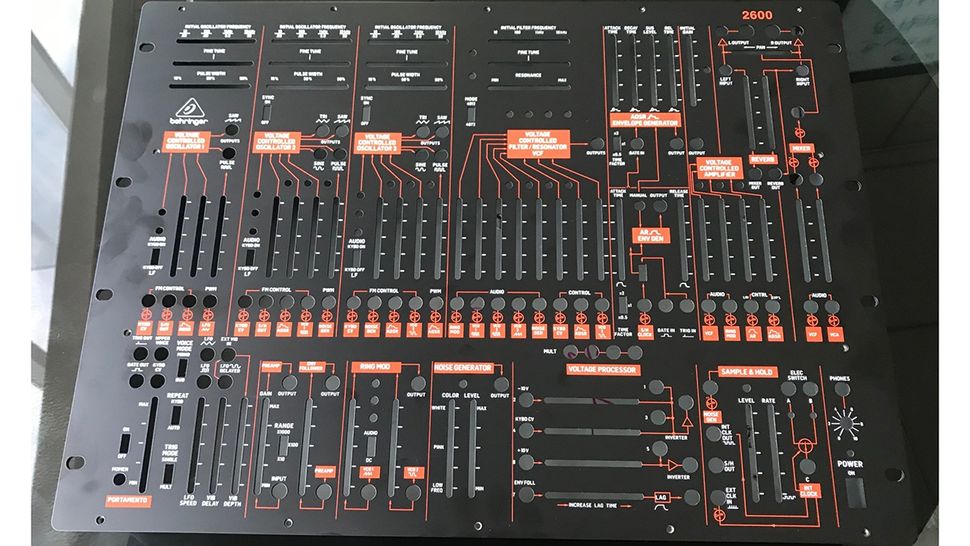 The BARP 2600 is officially happening:

OK, I'm in. Where the bejeebers I'm going to put it is another question! :headbang:

Hang downward-facing racks from the ceiling of the toadstool? ;)