How do we create a healthier music ecosystem that empowers musicians financially? Skip to main content

Print view
For everything after the recording stage: hardware/software and how you use it.
Post a reply
25 posts • Page 2 of 2 • 1, 2

Hehe yeah I used the term on purpose. Part of the way an amp feel is the way it responds to picking, where certain amps feel more immediate and others have a certain slowness to them. Transistor amps feel faster to me than tune amps, and certain tube amps faster than others (my Mesa vs my AC30 for example).

Of course we aren’t talking of anything comparable with the latency due to digital sound processing, but it’s a property of the amp, actually to me one of the most important (since lot of the sound is actually in the speaker/cabinet).

Then there’s the physical time the reflections take to reach your ears, which in turn depend on the room size and where the amp is. Have you noticed how when you jam, a song tempo gets automatically a little faster or slower depending on the room? If we don’t stick to a pre-defined bpm, the rhythm will tend to respond to the room reverb so that it falls nicely with the bears. It’s something pretty automatic and we’re probably taking fractions of bpm but it’s the reason sometimes a metronomic tempo doesn’t feel ‘right’ in a specific room.

These things affect the player feel and they deal with time so I called them ‘latency’ for lack of a better word.

I getya CS :thumbup: I think I'd describe it as 'attack' rather than 'latency' though. I did wonder if you were referring to the delay caused by distance from the speaker but I wouldn't describe that as 'latency' either.

I haven't even thought about the tempo/room thing you mention but I will next time I play......

And loving the spell checker corrections, will look out for 'bears' at the next jam session :D

Sam Spoons wrote:And loving the spell checker corrections, will look out for 'bears' at the next jam session :D 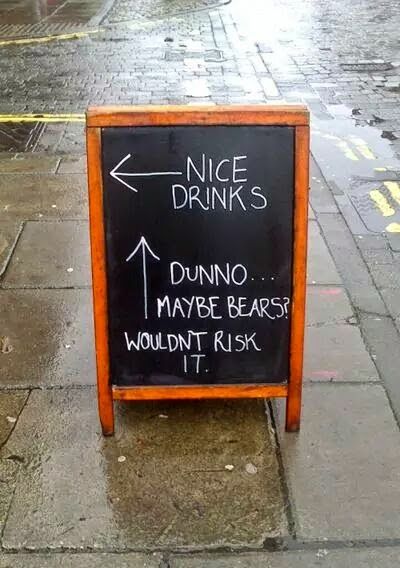 CS70 wrote: Apologies. Yes it does. The amp moves air producing soundwaves, the soundwaves reach you and their reflection reach you, so you hear a different sound. Whether or not it makes a difference to your playing, depends on you.

I'm not talking about how it affects playing or how we hear it, only how the actual equipment reacts. I realise that one feeds into the other in practice, but I'm talking purely about the equipment, as though a robot was playing, if you like.

You can make good or bad music with anything, but not necessarily the same music or the sound you really want. So, if you have a strong liking for genuine Fender Rhodes and you only have a 90's Yamaha presets, you're not going to create the music you would have with a real one.

I can tell, but how much it bothers me depends on the choices. Like, Lord of the Rings films look processed with those sickly green Photoshop-like filters, but people love them. Whenever I've been truly impressed by 'CGI' I've found out they've used actual models, for example in Star Wars VII: The Force Awakens.

CS70 wrote: In audio, as a listener, is the same thing: no-freakin'-body will be able to tell in a mix how a sound was made, unless it's mixed colossally wrong. For guitar, that's true since POD times :-) For drums and bass guitar, way before!

Personally, I don't care about what other people can distinguish. I know from following Dub music that no one can get anything close to the golden era of the early 70's without acquiring a lot of gear and abusing it!

If it's all (or even mostly) about the playing, are we going to say the music in Sergio Leone westerns was not heavily reliant on the recording/production methods? Just bring to mind that over-recorded jaw harp. How can we separate it from what is being played, as though it were dots on paper. Incidentally, I do think people think like this. When I said the new Dr Who music isn't as good, people replied "It's the same music!" as though Delia Derbyshire's arrangement had no influence.

CS70 wrote: A lot of it I suspect it's sheer volume. We don't push monitors the same way we push an amp, and the sound feels weaker.. because it is. Less level, less distortion. :)

But this is in recording also, not just live. I simply think you can hear the difference between physics of an amp and virtual reality (as would be expected, why wouldn't it be?) perhaps not so much with very uniform guitar amp tones like so many players seem to opt for, or droney playing, or heavily compressed/fuzzy amp sounds, but one thing seems to encourage the other.

Elephone wrote:
But this is in recording also, not just live. I simply think you can hear the difference between physics of an amp and virtual reality (as would be expected, why wouldn't it be?) perhaps not so much with very uniform guitar amp tones like so many players seem to opt for, or droney playing, or heavily compressed/fuzzy amp sounds, but one thing seems to encourage the other.

Can you hear a difference on record between miked up amplifiers and modeling ? I can't with modern models, but clearly, the live sound experience is very different. In my (long ago) experience, when we supported top bands, we were at first surprised when there was a difference, when we had previously been trying to capture a "recorded" sound. Then we found that the difficulty with trying to capture a "live" sound was that we couldn't really tell how we sounded, so we just concentrated on trying to get the balance right on stage and hoped that the result translated well in the venue.
Nowadays, I simply aim for a decent sound coming out of the monitors.
Regards, John

I do understand that people seem to go to an awful lot of trouble for nothing, i.e...

...or am I missing something?

But there is a strange barrier between in-the-box approach and live playing that I'd like to collapse for myself.

I know there are hybrid systems available but, if I had a home studio and had friends coming round to jam... and I wanted to use VSTi-s and pedal VSTs, but not compromise the live feel.. what would be a good setup?

Would 're-amping' (whereby I sometimes actually mean playing live but using keyboard VSTi-s and guitars through pedal and/or amp VSTs) be better than using studio monitor/s in the room?

Okay, that obviously that depends on what real amps or VSTs you have available, what sound you want, etc.... but are people moving towards some kind of hybrid set up or does it just bring a lot of new problems?

Elephone wrote:if I had a home studio and had friends coming round to jam... and I wanted to use VSTi-s and pedal VSTs, but not compromise the live feel.. what would be a good setup?

It depends upon what you define as 'live feel'. If your idea of live means a backline at volume and without in-ear monitoring then you need a 'proper' amp / cab setup. Even if you use something like a Kemper or a Helix you are going to want to turn the cab simulations off and play through a power amp / guitar cab setup (For the genuine live experience point the cab at the back of your knees and turn up to be at least twice as loud as you need to be :bouncy:).

If you are used to playing live with in-ear monitoring then you'll already be used to hearing the sound of a mic'd cab and you won't be able to tell the difference between that and a sim (the audience will though. With the sim they'll get a balanced mix rather than one where the lead guitarist is drowning out everybody else even without going through the PA).

If you're jamming then what you may well miss is the simplicity of a conventional amp. In the heat of battle when you want to say quickly add a bid of mid - that may not be so easy if you have to scroll through a couple of menus. I also have a Blackstar ID60TVP combo for when I have a jam or a first session with a new band. It's still a modelling amp but it has controls like a conventional amp. It doesn't sound as good, and isn't as flexible, as my Helix but it's much easier to get a workable sound from scratch.

Why "a lot of trouble for nothing"? The benefits of re-amping are very significant for metal - there's a lot of tidying up between performing and re-amping that gets those guitar parts to sound superhuman.

Don't miss that that video is nearly a decade old - these are well established techniques.