I'm certainly looking forward to a clone of the Wasp sound generating circuitry. I won't miss the "keyboard" or the casing though!

For some reason I'd strayed to the upstairs keyboards/drum section of Andertons (back when they were in Haydon Place), and the bright yellow Wasp had just arrived in shop. So the assistant kindly demoed it with his version of Deep Purple's 'Burn'. Sounded good, looked pretty awful.

N i g e l wrote:I hope they include some kind of sequencer in the design, an integrated Spider perhaps.

Or maybe go for a Stinger:

If Behringer make a Wasp clone I've already bought one, it's that simple.
One of my favourite synths of all time, it just puts a smile on my face with it's up front in your face sound. Great for really off the wall aggressive improv.
Can't wait for this. 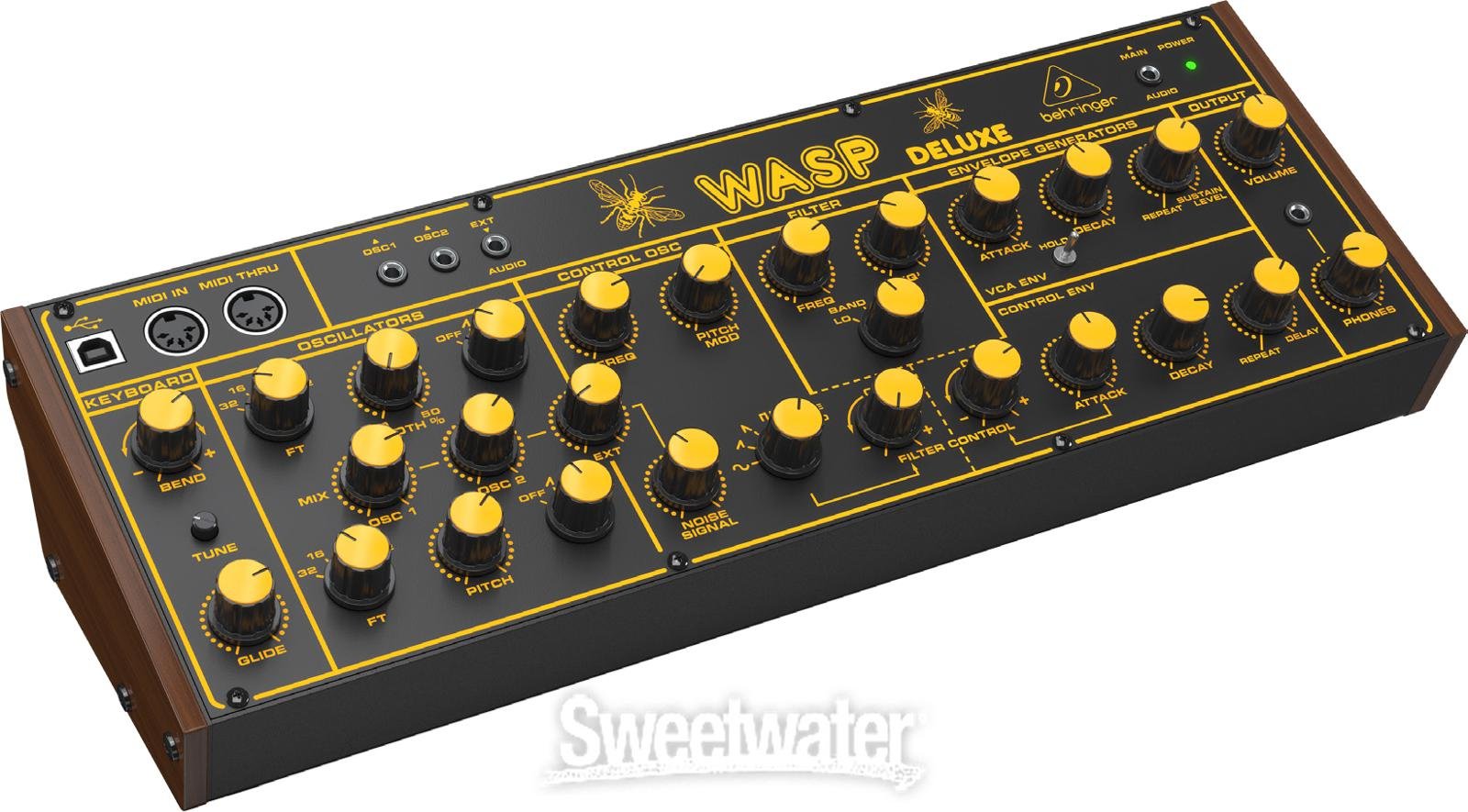 You see, if I hadn't noticed that little word 'notch' I could have cheerfully ignored this one...

Now I've seen that I won't have to have sex this morning....

Not just a pure WASP, they have paid homage to the Jasper too..

Great, but why the mini jack?!

There look to be full size 1/4" jacks on the back. The mini jacks on the top are for when you take it out of the [Euro] case and fit it into your Eurorack system.

The next closest in price was probably either the Roland SH09 or the Moog Rogue and they were considerably pricier, and while the build quality was better, neither had 2 oscillators AND 2 envelope generators.

Which in today's prices equates to almost £700

I got my Wasp in 1986, from a boot sale in Kilburn, it cost me £10.
It was buried under a pile of dirty clothes lying on the ground, it was in a tartan suitcase, C/W manual and poster, I said "how much for that thing there mate?" he said how about £20? I said "I've only got a tenner" and he agreed.
Got it home and it worked fine, had to get the S&H repaired at some point, but that was that.

Warping into something polyphonic perhaps ?