Synth fans aren't the only ones who should be excited by the recent Roland announcements for this week's NAMM show. If your instrument is guitar or bass, then Roland and Boss have a few new bits of gear that should be of interest. Here they are: 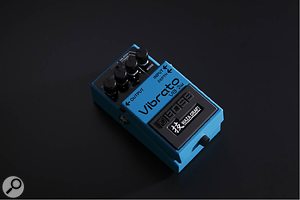 Boss VB-2W
Vibrato Pedal
Based on the highly-regarded and sought-after Boss VB-2 Vibrato pedal from the 1980s, the VB-2W uses fully analogue circuitry to completely recreate the original’s distinctive and revered sound. In addition, the pedal features a new Custom sound mode and real-time control functions that extend the range and versatility of the effect for today’s players.

Its true pitch modulation allowed consistent, controlled vibrato sounds similar to fretless string instruments but also make warbling sounds and dramatic special effects.  With the Waza Craft VB-2W, BOSS has recreated the original pedal while adding more range and control. In Standard mode, the VB-2W faithfully reproduces the warm, BBD-driven analogue tone of the VB-2. Like the original, the user can adjust the vibrato rate and depth, and also control the time it takes for the effect to reach full intensity (called the “rise time”).

Flipping the VB-2W’s mode switch to Custom produces a newly developed vibrato tone that Boss claim offers more depth than the original effect. In addition, a low-pass filter moves along with the pitch for bold low-range tones. The VB-2W also features a jack for controlling the effect depth with an optional expression pedal, or via the external control capabilities of the BOSS ES-8 Effects Switching System. 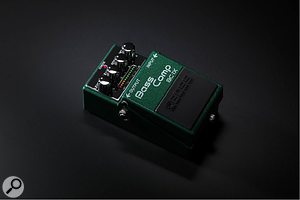 Boss BC-1X
Bass Compressor Pedal
The BC-1X is a new multi-band compressor designed for bass. Boss say “the BC-1Xallows the player to dial in a wide range of compression without altering their fundamental bass tone.“ It usesd the same MDP technology found in the BB-1X Bass Driver released a year ago.

The BC-1X is equipped with the familiar Ratio, Threshold, Release, and Level controls found in studio compressors. A 16-segment gain reduction meter clearly displays the amount of compression at all times, a feature rarely seen in a stompbox compressor. Unlike typical compressors that work on the entire signal at once, the BC-1X employs multi-band compression, where different frequency ranges are processed separately. 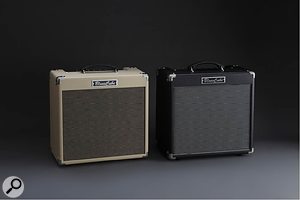 Roland Blues Cube Hot
Guitar Amp
For the guitar player, Roland have announced the Blues Cube Hot, the latest addition to the respected Blues Cube guitar amplifier series. Equipped with 30 watts of power and a custom 12-inch speaker this compact combo, based on the revered ‘tweed-era’ tube amp, has features aimed at home or studio use, yet still delivers plenty of volume for stage performing. The Blues Cube Hot features Roland’s acclaimed Tube Logic design, which provides authentic tube tone and touch response with modern advantages like lighter weight and maintenance-free operation.

The Blues Cube’s variable Power Control provides settings of 0.5 W, 5 W, 15 W, and Max, allowing users to enjoy cranked-up tone while matching the volume to any situation, from recording to rehearsals to nightclub gigs. Footswitch jacks are provided for remote control of the Boost and Tone functions. The amp also features USB connectivity, making it simple for players to capture record-ready tones directly into their favourite computer recording applications. 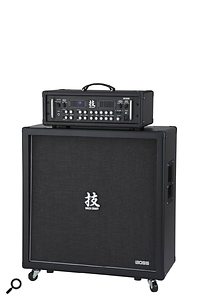 Boss Waza Amp
Guitar Amp Head and Cab
The Waza Amp is a brand new guitar amplifier with companion speaker cabinets from Roland. The 150-watt Waza Amp Head is driven by Tube Logic (the same technology used in the Blues Cube) and it’s intended to be a highly versatile multi-channel guitar amp for pro players, with a special focus on high-gain ‘modded’ tone. It provides four independent channels, custom voicing options via two ‘Tone Capsules’, and several other advanced features, including the same variable power control as the Blues Cube Hot, enabling users to get cranked amp tones at lower volumes; two effects loops; an XLR line outpur and USB for direct recording to a computer; as well as a MIDI port for control with a MIDI switching device such as the BOSS ES-8 or ES-5.

Two amp cabinets are also available — the 4x12 format 412 and the 2x12 format 212. Both use custom-made 12-inch speakers and heavy-duty plywood construction. 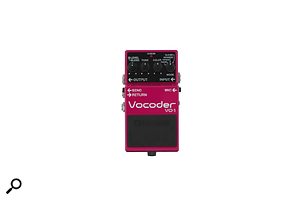 Boss VO-1
Vocoder Pedal
It seems that guitarists will no longer have to lust after the keyboardist’s vocoder, or slobber into a talkbox hose in order to make voice-like textures with the instrument. By vocalizing into a connected microphone as they play, the VO-1 allows a musician to “sing” with their instrument and easily achieve classic electronic voice textures, talk box sounds, and, say its makers “countless tones never heard before”. The pedal also includes a Choir mode for creating rich ensemble sounds with any instrument, without the need to connect an external mic.

Tone and Color knobs are designed to provide a wide range of sound variation over the selected mode, while Level and Blend knobs control the overall volume and direct/effect mix. Send and Return jacks are also provided, allowing the user to patch in an external effect and apply it to the direct sound. 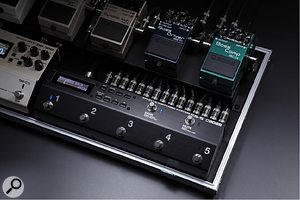 The on/off state and connection order of the ES-5’s audio loops can be stored in 200 patch memories for instant recall. Input and output buffers can be switched on/off as needed per patch as well. External control outputs are available for switching amp channels, sending tap tempo information, and more, while an expression pedal or two footswitches can be connected for further real-time control. In addition, the ES-5 features powerful MIDI capabilities for integrating with MIDI-controlled stomp effects like the BOSS DD-500 Digital Delay and many others.

Mastering Essentials Part 3 - How loud should I master?
1 week 1 day ago.