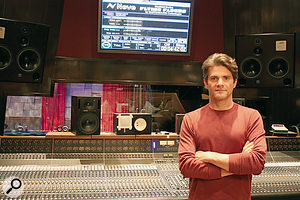 "I have been a reader of Sound On Sound for as long as I can remember. The amount of enlightening information, the intelligence of the writing, the beautiful print quality, and the personable stories make it as useful as the audio tools it covers. I'm a huge fan.” 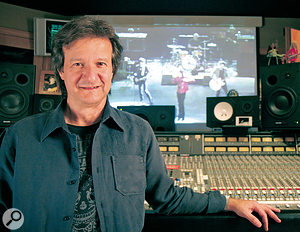 "Besides the excellent interviews and fascinating, in‑depth recording and mixing articles, I can always depend on Sound On Sound for complete, unbiased reviews of the latest pro‑audio gear. And they use all my favourite fonts!”

"I never miss an issue of Sound On Sound. There isn't a magazine I look forward to receiving in the mail as much as SOS! It's the best way for me to keep up with new products. I've learned a lot from reading about all of the secrets of the engineers and producers. Thanks SOS!”

"Sound On Sound is the best resource for engineers, mixers, producers, etc, PERIOD!!! Sure, you can go online and get a lot of information nowadays, but how cool is having everything you could want at your fingertips in one magazine?? The product reviews are exceptional and the articles very insightful. In 'Inside Track: Secrets on the Mix Engineers,' I'm able to see how some of my peers work and get inspired by some of their techniques. I also enjoy 'Classic Tracks,' where I can read about the process of how some classic songs came together.”

PS. "I love the magazine as well; I read it every month!” 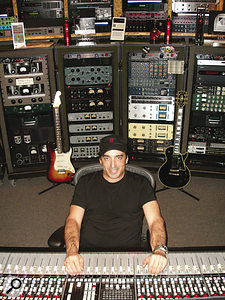 "Sound On Sound has always been my favourite magazine to read and I would always get excited to try new gear based on the reviews. Bring on 25 more years!”

"I want to congratulate Sound On Sound on their 25th anniversary. Magazines like SOS have meant a lot to me since I was a kid wanting to learn everything about the music industry. I would read cover to cover about how big-name producers made their music, get tips and tricks, and of course stay on top of the latest gear. Sound On Sound is a truly great magazine and can inspire and motivate up and coming musicians.”

"One of the most enjoyable elements of mixing is never knowing all there is to know. I always learn something new when I read a copy of Sound On Sound! It keeps me informed and I love reading about how other engineers work. In the daily‑changing world of digital, Sound On Sound is the best way to stay current. Their writing and editorial staff is as good as it gets. Congratulations on 25 years at the top. I anxiously await my next 25 years of issues.”

"As a Canadian living in Switzerland for a few years, Sound On Sound became my window to the European pro audio world. I read each issue cover to cover. It always had a wealth of information on audio products and recording techniques. I particularly enjoyed the interviews with acclaimed engineers I already respected and admired. Years later, to find myself featured in the magazine was a complete thrill.” 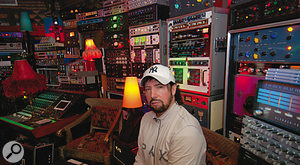 "As a professional I admire Sound On Sound as one of the most trusted and credible sources of inspiration and information.”

"I love the inclusiveness of Sound On Sound. From the dreaming bedsit beginner to the jet‑set producer of superstars, they're all in SOS. Congratulations, especially to Paul and Hugh, on 25 years of foam tiles, tea and Reflexion filters!”

"Sound On Sound has been an amazing source of inspiration for me over the years… Being able to read first‑hand accounts of how masters of production and mixing have crafted their hits has been invaluable, as have all the technical tips and gear reviews. I couldn't do without it. Here's to another successful 25 years… Happy Birthday!”

"I receive SOS every month — it's the only technical magazine I read. I really like the historical articles: you always choose to feature an interesting artist, who isn't too obvious a choice.”

"In this crazy and rapidly developing world of music technology and recording, Sound On Sound is a prominent beacon guiding the way for both established professionals and anyone anxious to get started in the field. It's the magazine that separates the men from the boys, by being consistently highly informative, uniquely unbiased and right on the cutting edge: my personal #1 go‑to source of information.” 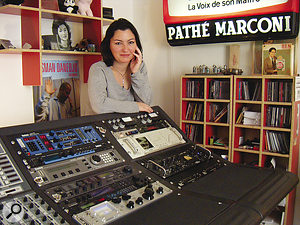 "I discovered Sound On Sound magazine when I lived in NY in 1992. I was a real fan of the engineer interviews. Today SOS is still my reference concerning equipment and professional music technology news.” 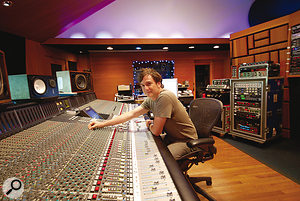 "I love Sound On Sound, and I think it provides an invaluable service to the industry in documenting and passing on studio know-how that has been garnered over many decades.”

"My favourite SOS articles are the ones about how the old guys made such fantastic-sounding records with a rusty magnet, some tape and a wild imagination. Production and engineering are sometimes made to appear mystical, but SOS strips that away and shows you that it's really about simply trying to capture a feeling in the best way.”

"I can honestly say that Sound On Sound's review of a certain speaker some years ago prompted me to spend ages tracking down this piece, and consequentially my listening habits were forever altered going forward. Sound On Sound: ignore it at your peril!”

"With the speed of change happening in the music production world, it's good to know that outlets like Sound On Sound exist to keep us completely up to date on new software, technology, and production techniques. The stellar editorial and the breadth of coverage is unparalleled. Congrats on 25 amazing years!”

"Heartfelt congrats to the SOS team on 25 stellar years covering the huge changes in music production. I'm constantly amazed at the consistent level of excellence of your fine magazine. Where so many others have faltered, Sound On Sound has remained the definitive source for expert music technology information — with its unique and always relevant blend of the technical, the musical, the historical and the humorous (very important!). In my book, SOS is the 'gold standard' of music tech publications, because I always learn something new whenever I read it. So here's a sincere THANKS for all the great issues in the last quarter century!”

"Sound On Sound is my lifeline to music technology. Every month I buy and consume the info it supplies. Without it I would still be using the synths and recording tools I used when I appeared on the cover of the first issue. Not because I was trying to be cool, but simply because without it I may never have moved forward” 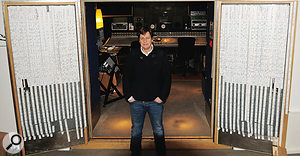 "Sound On Sound is informative from cover to cover, and I always read it. I always learn something from reading the interviews, and I rely on the new gear reviews. I look forward every month to the next edition.”

"Sound On Sound magazine burst onto the scene as a colourful and intelligent publication that approached the subject with new energy and enthusiasm. And, more importantly for me, in a manner that spoke to the musician as well as the technician. It was exactly what was needed and I became a fan. (And not just because the magazine's name was borrowed from my own 'Red Noise' band's album title!)

After all these years, Sound On Sound magazine continues to educate and inform me. I read each issue with interest and it keeps me up to date with the latest developments. Congratulations to a great magazine and the terrific team of people who bring it to us each month. Here's to the next 25 years!”