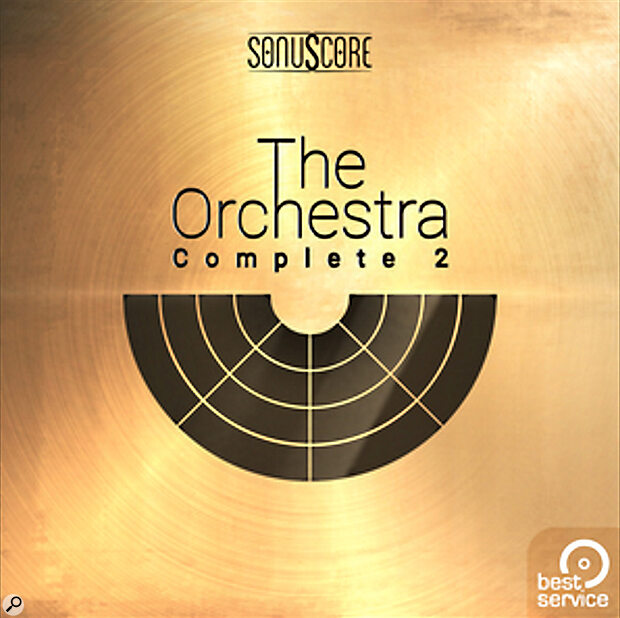 The Orchestra Complete (TOC) has been deservedly popular. Despite a surprisingly small footprint, its content covers the principal orchestral sections, either as playable instruments or driven by the powerful arpeggiators and dynamic motion envelopes of the Ensemble Engine. TOC’s ‘completeness’ is clearly open‑ended, as Sonuscore introduce version 2, ramping up the content with new instruments, new articulations, an enhanced Engine browser and new presets.

The splendidly titled Evil Brass certainly merits the name; pitched an octave below the Low Brass, it’s a diabolical (in the best sense) amalgam of bass trombone, contrabass trombone, contrabass tuba and cimbasso in staccato, sustain, marcato and flutter marcato flavours. Evil Brass is loud, rude and perfect for terrifying ‘braams’ and moments of doom and disaster — in other words, very apt for the times we’re living in. Bonus Brass FX include collections of aleatoric full orchestra crescendi and rises at various speeds, brass‑only crescendi, major and minor chordal triplets and a large selection of pre‑recorded phrases, braams, rips and other motifs.

TOC 2 is a substantial upgrade that fans of the series so far should find to be a worthwhile investment.

An assortment of deep percussion hits is also included as a bonus patch. In the keyboard department a church organ provides further grandeur; Manual patches offer ten registrations that can be loaded singly or all together in the ‘All Articulations’ patch, and layered by selecting multiple keyswitches. The Pedal patches offer five registrations of low‑end goodness. The scope of the organ broadens when loading individual registrations into each of the five slots of the Engine; each slot can be transposed in octaves, panned and balanced relative to the others, creating a wider range of tonal colours. The ability to transpose in semitones would be useful here, although that is possible with the full version of Kontakt if you’re happy to delve beneath the hood.

The version 2 Engine is enhanced by a new browser; the 478 presets can be searched by category, meter, character and feel, biased towards particular instruments if desired. You can even choose between three GUI styles: the original TOC, Strings Of Winter or Horns Of Hell. Amongst other changes, the piano and harp have been moved to their own Keys & Harp category along with the organ, and a non‑pitched percussion category (comprising bass drum, drum ensemble, taiko ensemble and snare) has now been added to the Engine. All in all, TOC 2 is a substantial upgrade that fans of the series so far should find to be a worthwhile investment.