Back to the Start? By Martin Walker

Those Windows 8 users who are longing for the return of their Start button may not be too impressed by the forthcoming 8.1 update...

Well, I've looked at Microsoft's official video footage of the new features in the Windows 8.1 preview and am left somewhat unmoved by the 'exciting improvements': cloud-powered photo frames, so you can display family photos on your Lock screen, two new tile sizes on the Start screen, easier arranging of Apps, extra personalisation options, and the "beautiful curated app-like experience” of the new Search 'charm'.

Microsoft said that they would respond to customer feedback with Windows 8.1, but there's no mention of the missing Start functions that so many users have grumbled about, and which had been rumoured to be making a return for those who wanted them (yes, there's now a 'Start' button that allows you to shut down or restart your PC, but clicking on it doesn't produce the traditional Windows-7 style Start menu). One of the official Windows bloggers also mentioned that Microsoft were "a bit more than seven months into this new, bold approach to computing”, which suggests that they are still waiting for everyone to catch up with their vision. At least Windows 8.1 has been confirmed as a free update to existing users, and there are still promises of a number of improvements for easier navigation with a mouse and keyboard. However, some people are already worried that, having carefully bypassed the Metro experience on their desktop PCs with third-party utilities like Classic Shell (mentioned in PC Notes June 2013), 8.1 will break compatibility with such utilities. 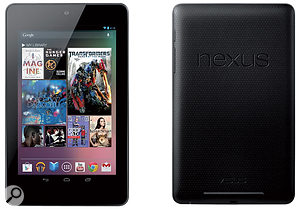 Rumours abound that Microsoft will launch a seven- or eight-inch version of their Surface Tablet by the end of the year, to take on the popular Google Nexus 7 and iPad Mini.

Moreover, some users are convinced that Microsoft are now chasing entry-level users who have already migrated to iOS or Android, and ignoring those who actually need the power of a desktop PC. However, some are still applauding Microsoft for not compromising the new future they intend to build with Windows 8. This does seem to be the most divisive PC operating system released to date, going way beyond Vista in raising blood pressures.

On a more positive note, we can expect a raft of smaller Windows 8 devices such as eight-inch touch tablets; Acer and Asus have announced products, and Microsoft are set to launch an eight-inch Surface Mini tablet (and a 10-inch model later) to compete with the popular Google Nexus 7 and iPad Mini. Tablets and touchscreens are definitely here to stay, which is good news — I just wish they didn't seem to be Microsoft's primary vision of the future!

Bricasti M7: Like lots of other musicians I'm always on the lookout for quality impulse-response libraries that don't cost an arm and a leg, especially since various budget convolution plug-ins have appeared during the last few years without them bundled (the amount of work that these take to create would considerably bump up their price). One IR range that I appear to have missed until now is from Samplicity (www.samplicity.com). They specialise in capturing the sound of high-end reverb hardware, and have gained an enviable reputation for their products among industry professionals over the years.

Peter Emanuel Roos (developer, freelance composer and producer) of Samplicity also offers a freebie captured with exactly the same high-end techniques as his full commercial products. Based on the Bricasti M7 reverb, this comprises 134 M7 presets, including both True Stereo and Mono-to-Stereo IRs. Bricasti themselves are happy for the sounds of their hardware to be made available as long as they are not included in a commercial product, so you can download this library for free across various convolution plug-in formats. I strongly recommend that you do, as it sounds simply stunning, with loads of rich detail and movement in the reverb tails. This is a very shrewd marketing move, as I suspect plenty of people will end up buying the other very reasonably priced IR collections in the Samplicity range once they have tried the M7! 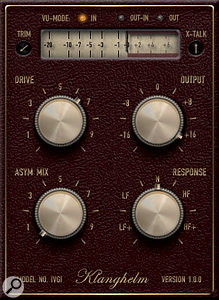 Klanghelm's IVGI is a freebie plug-in that's well well auditioning for its new slant on dynamic saturation and warmth.Meanwhile, our old friend Tony Frenzel of Klanghelm (www.klanghelm.com) fame is also back with another freebie, this time to raise interest in his forthcoming SDRR plug-in, which claims to be a 'saturation chameleon'. Its little brother IVGI offers soft, subtle saturation that's transparent enough to add warmth or sparkle across a master bus, but it's also capable of very audible distortion if you whack up the drive control. I was impressed by its almost complete lack of aliasing, even at extreme settings. Of particular interest are the response control (a clever combination of pre and post EQ and some compression that lets you add more saturation to the low end or high end), an Asymmetry control that helps preserve overall transparency, and 'controlled randomness' to provide that analogue feel. Offering an attractive, yet straightforward, GUI with a decent VU meter to help calibrate IVGI for different signal levels, this little freebie's sound and versatility has most definitely piqued my interest in the full version to follow. Try it for yourself!