Wonks wrote:Just done my normal (by now) mic relative frequency comparison of the Stag SDM50 against my SM58. (I don't have a proper test rig, so this is just pink noise through a single monitor at roughly 6" away and equidistant from both drivers, with all the inherent frequency bumps and dips associated with such a method).

The SM58 trace is in black, the Stagg SDM50 in red. I've adjusted the levels so that they have (as close as I could get) the same relative dB value at 1kHz. 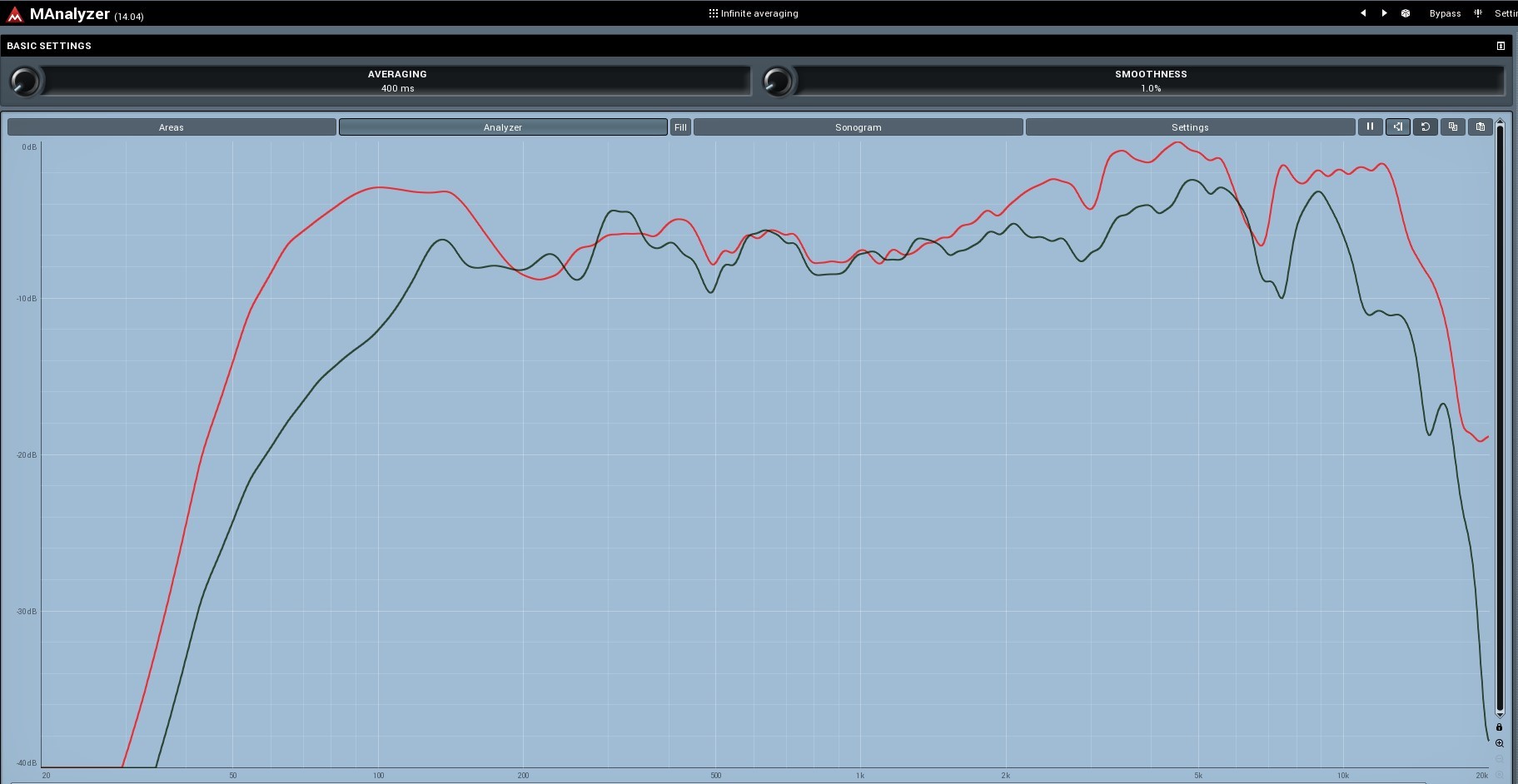 You can easily see that the Stagg's got a lot more bass-end than the SM58, and that the upper mids as well as the treble are boosted by 3-4dB compared to the SM58. The bass end will be further boosted by the proximity effect when singing/speaking right into the grille.

So you should be able to tell why the Stagg's so bassy, and with those very boosted upper mids, you aren't going to get a natural sounding voice at all. If the response was flatter from 1.5kHz upwards, then you could probably make it work with a lot of bass cut. The extended high-frequency response (compared to an SM58) could then be very useful, especially with a female voice. But all that extra boosting (or alternatively, a lack of low- and centre-mids) just makes it too much hard work to bother with it. There are better (if not perfect) mics out there for similar money.

On the other hand, with the boosted bass and upper-mids/treble, it would be worth trying it as kick drum mic, as its overall frequency response is broadly similar to an Audix D6.
I'm not going to get a chance to do that for quite a while though.

Thanks for all the help on this topic. looking forward to trying out a few other mics in the near future!

I just found my old Beta 57A and Beta 58A test files. I did them using white noise, rather than pink, and they may have been done at a slightly different distance from the monitor than the other tests I've run recently, so I can't put them up against my SM58 plot, but the main purpose here is to demonstrate just how similar the mics are. Beta 57A in black, Beta 58A in red. 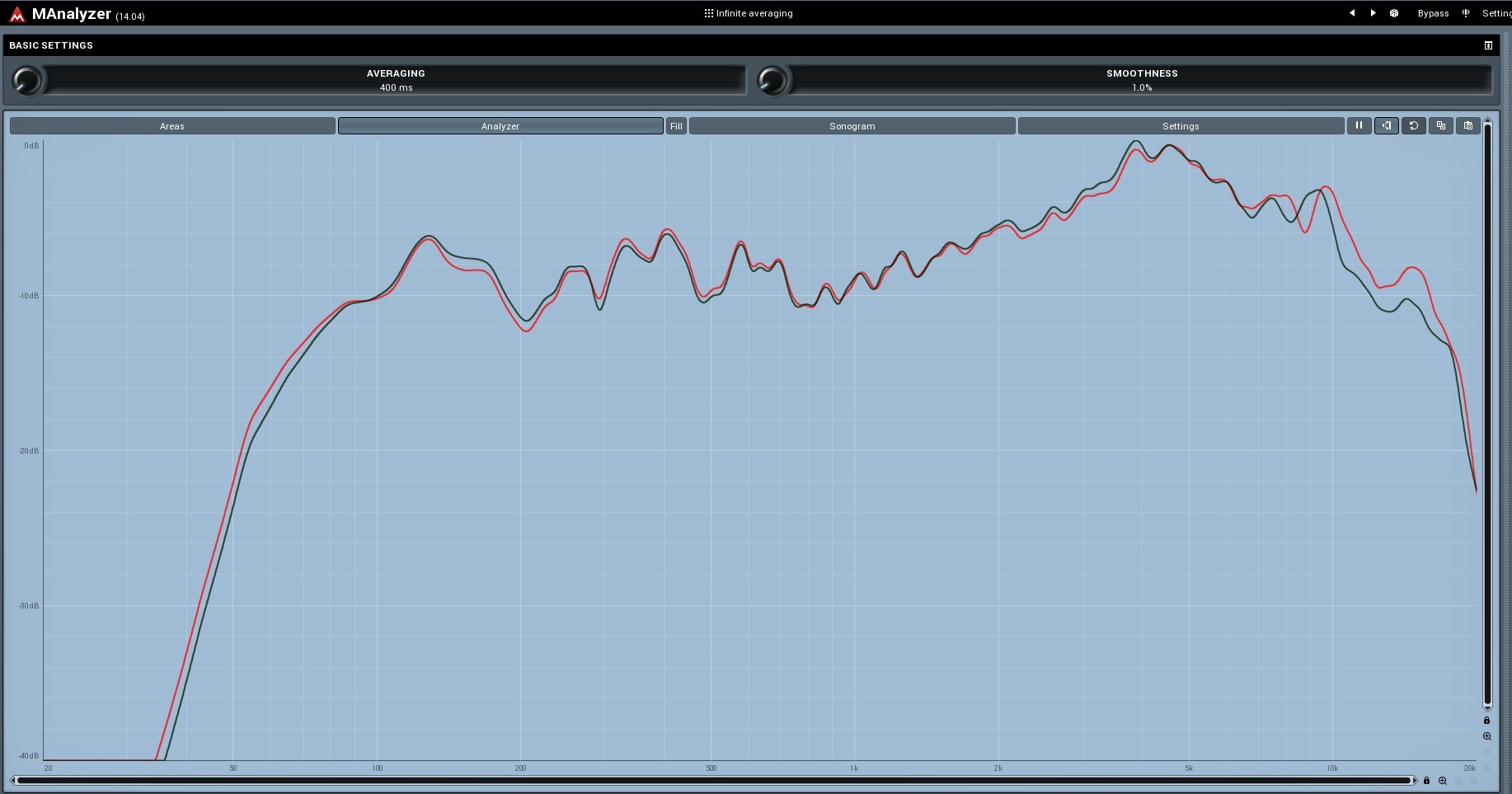 The only real differences are up above 7kHz, where the 58A has slightly more treble, but in reality, it's probably just down to the manufacturing tolerances between two different capsules.

It may be that the capsules are tested and the slightly brighter ones fitted in the 58As, with the others going in the 57As, but I just don't know. As I said previously, I did try swapping the grilles over, but that didn't affect the results. Again, you need to make some allowance for manufacturing tolerances between capsules, but a lot of the differences are still down to the grilles.

So, the Beta 57A and Beta 58A are very similar sounding indeed. Which is why I question why you'd really want to pay more new for a Beta 58A when currently the Beta 57A is £20 less.

I have three Beta57s in my mic box, mostly used for vocals. Simple, straightforward mics that get the job done.