Playing a Wavedrum like a bodhran...what a brilliant idea. :thumbup:

Actually I used to play the bodhran back in the 70s but I never liked the sound of more than one in a session (whatever subtlety you put into playing is cancelled out by the other "players") and since that consideration didn't seem to affect other people I ended up stopping playing the thing. Nowadays I consider them to be splendid kindling for the accordion bonfire whenever it happens.

Class playing, and the thing is impressive. Somehow it doesn't sound quite right though. Can't say why exactly.

There's been a few attempts to bring some kind of MIDI capability to a frame drum. I remember talking about it with Peter Houlihan from Upstairs In A Tent (Brian Finnegan - pre Flook) in about 1995. It always seemed to fall down on response time, sensitivity to variation and the mix of acoustic/processed/triggered sound.

This seems to be a step sideways rather than up, triggered and synth sounds may be added but it sounds like the detail is all in the acoustic sound and the technique is a bit "one handed" unless you fancy ripping the back off, which might compromise the workings slightly.

Despite, or perhaps because of the apparent simplicity of the basic design I find there is a greater correlation between the personality of player and the sound they produce than in any other instrument and I believe this is a major part of the appeal of the bodhran, as well as (as CC alludes to) their ease of combustion.

I think the wavedrum would spoil both of these aspects of the beauty.

I got a Wavedrum and it actually found its way onto a song I recorded. I'm grateful.

But that player in the video is a genius. I love the way his left thumb changes the pitch of the hit. He'd make whacking a bucket with a sausage sound great.

The reason that I reach for my bongo way more often than I reach for my Wavedrum is that the bongo's more expressive. And sounds better. Just saying.

I'd suggest the same here. If you've got the technique, then use a real bodhran and stick a mic on it for a better sound. Only use the wavedrum if the bodhran's been used for kindling.

The wavedrum's useful for people who need to record the odd bit of 'ethnic' hand drum and don't have the space to store all the types of hand drum around.

For those of you that remember The Commander, I know he bought one some time ago for his library music work, played it for a bit then swapped back to the real things.

shufflebeat wrote:There's been a few attempts to bring some kind of MIDI capability to a frame drum.

Have you come across the ATV aFrame...? 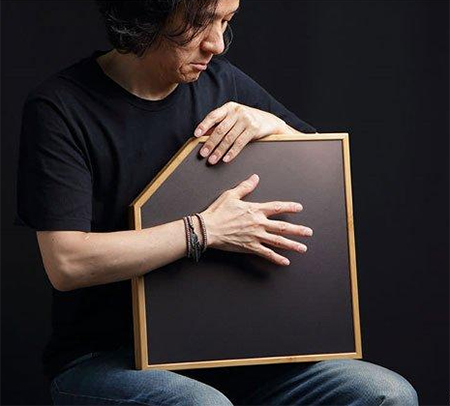 shufflebeat wrote:There's been a few attempts to bring some kind of MIDI capability to a frame drum.

Have you come across...
Love this guy...

The Wavedrum has been a great ally to me over the years - glad to have mine still around. I don't play it with any skill, but when I need a viking war drum it does the job!

This is fun (do not watch, CC, multi-bodhran alert)

Lots of the fancy fireworks was introduced by this guy

Before JJ the bodhran was either very trad or very tourist-y, JJ was mixing it up some innovative people who, like him, had spent years understanding the context so could wander off piste without losing track.

The tragedy of the bodhran is how few people realise that it requires skill and practice to play well, plus a willingness to listen to what other musicians are doing, all things which are notably missing from the vast majority of "players" who think: "It's a drum, how hard can that be?", pay their few quid for something with a Guinness logo on it and then go looking for a session to spoil, usually in packs.

My particular dread is reserved for the bodhran thrasher who wanders into an English music session. English music is very different rhythmically from Irish traditional music (in an old joke Irish is described as "diddly-diddly" while English goes "rumpty-tumpty"). The average bodhran thrasher will be totally insensitive to this and when they wallop the thing the rhythm cuts right across the music and guts it. Ah, spit!

Back in the 70s a friend of mine was all England champion on the thing. He told me once he used to start workshops he was giving by saying "In a sessions the first thing you have to determine before accompanying a tune is what key it's in" and then he'd enjoy watching people's faces fall.

From all this you might think I really dislike the bodhran. I don't, it's bodhran players I hate.

Been there. Sometimes best played with either a piece of string or a Stanley knife.

The younger of those kids in shufflebeat's first link is quite astonishing!

shufflebeat wrote:Lots of the fancy fireworks was introduced by this guy.

JJK is a master - saw him with Flook at Colchester Arts Centre in May, though I had to leave before the bodhran solo to get the last train home.

It's great to see Flook playing again though - and I've just seen they're at Folk in a Field next year. I'll be playing the next day, so y'all might want to get tickets for the full weekend. ;)

ConcertinaChap wrote:The tragedy of the bodhran is how few people realise that it requires skill and practice to play well, plus a willingness to listen to what other musicians are doing,

This applies to a lot of instruments and their players!