Extra sensors have turned up, along with the perspex samples. It seems to come in standard 3mm or 5mm sizes. Having tried both I think I'll go for the 5mm; it's nice and chunky and isn't going to bend any, so I've passed that request on to the joiner.

Both thicknesses seem to work similarly with the sensors, which is that as long as it's really close it doesn't seem to affect them much, but if you move it just a few mm away from the surface the readings go off. Reflections or something I guess, so I'll just have to make sure they're fitted closely against the lid.

After starting to look at the MIDI over USB library for the Mega it turns out that it doesn't support it natively, but it sounds like there's a workaround using this library so I'll give that a go. Or I could stick to using the MIDI shield, and it would be quite nice to have proper MIDI in/out, though the case won't be deep enough to support the stacked boards so I'd have to wire them together side by side. Should be simple enough, though I'm surprised it's not easier...I'd have thought there would be common adaptors or cables or something for this but I haven't found any yet.

The Neopixels strip has also turned up; these look fun, and fairly straightforward. There are connectors either end for ground and power. One end has "data in" and the other has "data out" and I think you can just wire them up in series then address individual LEDs in the chain using a standard Arduino library. Going to need some solder to connect it up though; it's been a while, and after spending half an hour rummaging around in sheds and drawers I gave up and added it to the eBay list. Besides, I like getting these little envelopes turn up every day or two with components.

I've found that the Arduino maxes out at 200mA so it won't be able to power everything. The IR sensors take up to 30mA each, and individual Neopixels can apparently guzzle up to 60mA each on full brightness, though you could get away with a lot less. I'm thinking, maybe 20mA per pixel, 160mA per strip, 1280mA for eight; plus 240mA for the eight sensors gives 1520...so a 5V DC supply rated at 2A ought to do it. I'll do some experimenting with a breadboard.

ULN2803 is your friend. 8x darling transistor that can directly connect to the arduino and has a output current of 500mA per channel, but a total power dissipation of 2.25W. That's not as bad as it looks as even with all devices on at the same time you can draw over 100mA each (they'll only drop a volt or so).
Cheap as err... chips
Here

P.S The outputs can also stand 50V when off.

Thanks...I was wondering if I could just power the Sharp IRs and Neopixels in a simple direct way from some other circuit, hit them with 5V, and just use the Arduino to receive the analogue input from the IRs or send data to the Neopixels without needing transistors...? Not sure why the Arduino needs to be able to control the amount of voltage to these devices, if that's what the transistor is for...? (Neopixel brightness is apparently controlled like this. Each LED in a set has its own chip.)

Ah. I think I misunderstood how you were using these. I thought you were using the Arduino outputs to switch the sensors, but it seems you using its USB link as a power source. In which case, a trick I've seen used a number of times is to run a second USB line from the computer used only to provide 5V power.

First test with the Neopixels strip...

I'll go with eight of these as height indicators. £3 a pop, easy to program, and as bright as you like - I'm a convert.

Just had an email to say that the case is finished and ready for collection. Look forward to checking this out...

Really looking forward to seeing this!

So am I - your collection of controllers must be quite awe-inspiring by now BJG145!

It would be fun to have something like this that output CV to control my Arbhar!

A while back I sent the IR sensors to a MIDI instrument designer of my acquaintance to tinker with, and he just sent me a link to a video with the latest progress. It's looking quite promising. 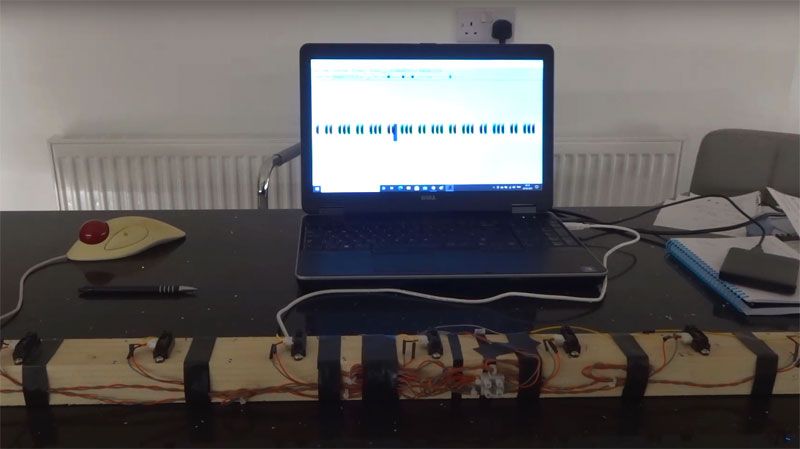 Here's a pic of the case I had made up by a local joiner, though it's not the most flattering angle. 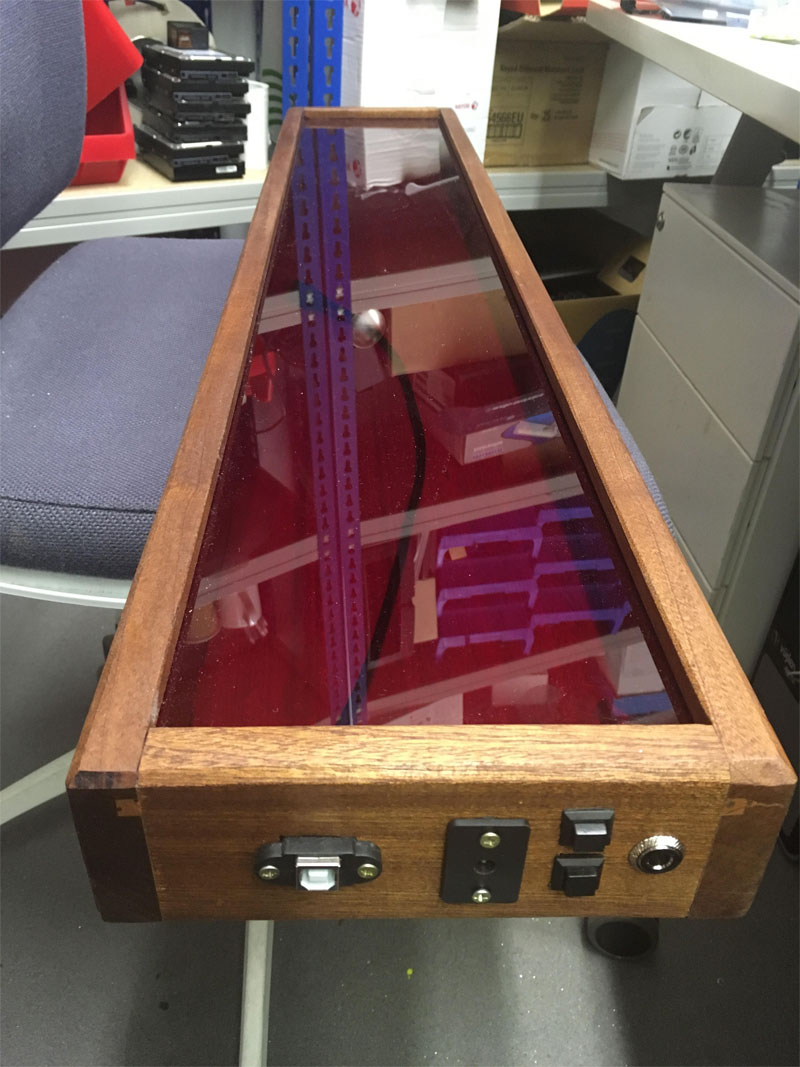 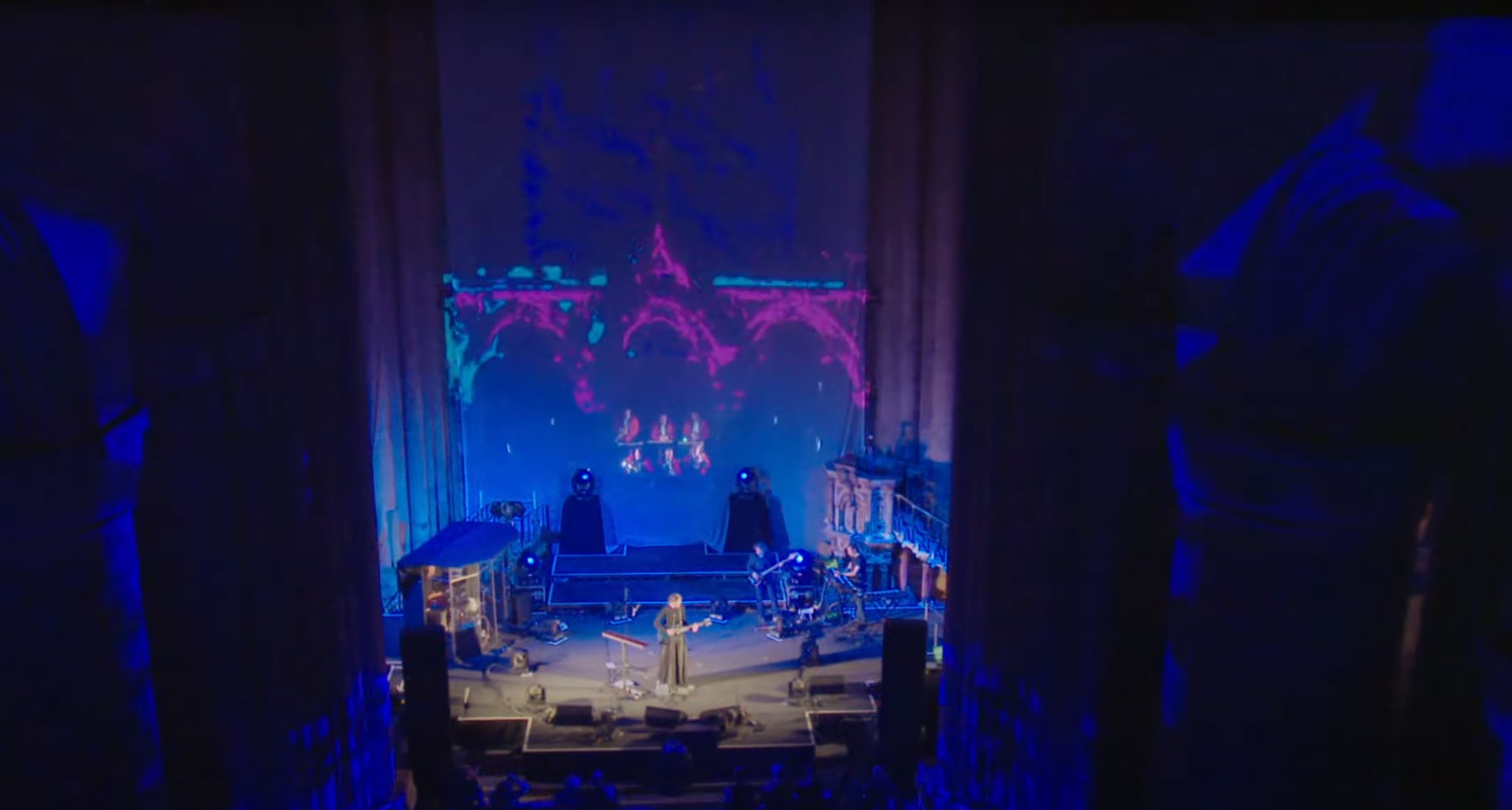 That's Jo Hamilton, of course. There seem to be very few videos of anyone playing one of these, but here's a bit of There It Is. 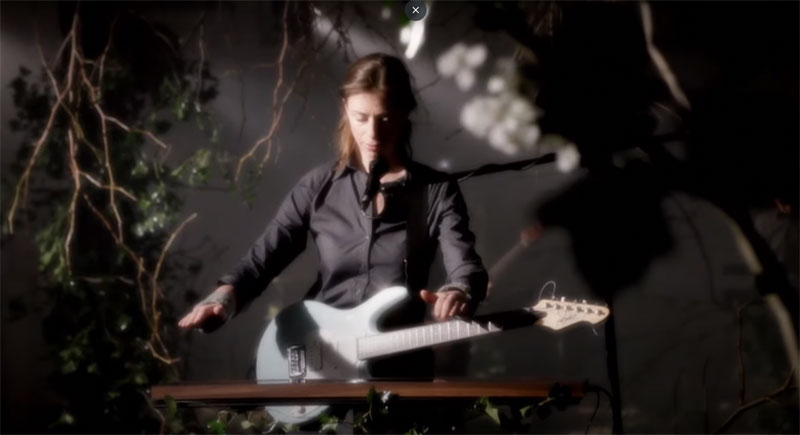 Nice to see this progressing

Indeed - controllers come and go, but the one's you're involved with tend to result in rather more expressive possibilities.