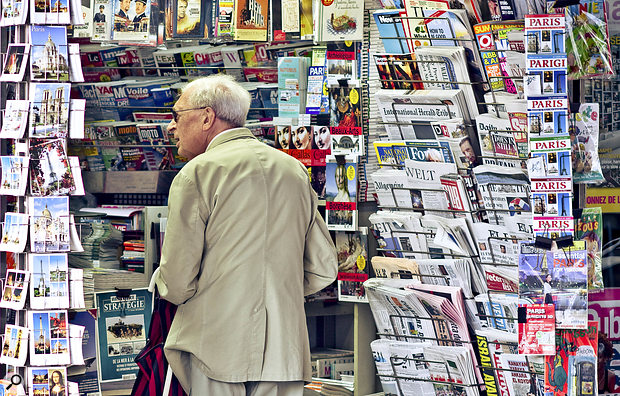 Today’s TV composers have no choice but to operate a Zen studio. Where’s the fun in that?

Recently, the kindly souls at muzines.co.uk undertook to scan a load of Sound On Sound issues from the magazine’s earliest days and put them up online for free. For people like me, this is the equivalent of the rite of passage of stumbling across a stash of, ahem, ‘gentlemans’ magazines’ left in the woods by some of the older boys.

All Kinds Of Everything

Starting with the launch issue in November 1985 and working through the decade, they give a fascinating look at how far we have come, in so many ways. Obvious techno-hilarity fills every column, with reviews of samplers that offer ‘a massive 20 seconds of mono sampling at 10kHz’ and test drives of the latest DX7 sound cartridges. But the overwhelming feeling it leaves you with is one of melancholy. Aside from the the startling realisation that you really used to be able to sell magazines with a cover photo of Paul Hardcastle in some edgy knitwear looking glum in front of his Synclavier, you notice a range of equipment in those pages that seems sadly lost to us these days: drum machines, strange SMPTE sync boxes, bespoke hardware arpeggiators, endless outboard equipment, tape machines, synthesizers and all manner of lovely, unobtainable things.

Not to say that the SOS of today isn’t rammed full of even more cool stuff, but there was certainly more diversity back then. Apple was still a tiny and esoteric company that didn’t look like it had any chance at all of unseating the Atari ST or the BBC Micro from their position of studio hardware market dominance, and digital recording was just a pipe dream, beyond the grasp of all but those at the very top of the industry. I was 15 in 1988 and I didn’t lust after motorbikes, leather jackets or snogging in the bus stop. The only thing that interested me was hardware sequencers. I didn’t want a girlfriend, I just wanted a Fairlight.

And here I sit 30 years later with a phone in my pocket that has more multitrack recording power than Abbey Road did 20 years ago, and more virtual synths than I could ever hope to play — and I’m utterly miserable. With my TV clients requiring me to be on call 24/7 no matter where I am, it seemed to make sense a long time ago to give up the idea of owning anything that I couldn’t clone onto a spare Mac and take with me on the laptop. If it doesn’t fit in a backpack, I can’t reliably use it, so my studio is even less studio-like, knobby and twinkly than it ever was. My dad has a train set in his shed that looks more technologically impressive than my place of work. I’ve lost count of how many orchestral sample libraries I own, I can’t remember which of the 17 different Minimoog emulations I prefer to use, and at the last count, I am the curator of some 9000 kick-drum samples.

And I’m not alone. Even synth manufacturers join me in this retro-ennui; the most interesting thing on sale recently has been the D‑05, Roland’s hardware reboot of the classic D50 (reviewed in SOS May 1987, if you are interested). I bought one of these and it sits neatly on top of my original D550 rack unit. I’ll probably never use either.

My accountant told me recently that I should consider spending some money on any studio equipment that I may need before the end of the tax year. And I couldn’t think of anything I wanted. I tried to imagine how disappointed the 15-year-old me would be at hearing such a preposterous idea but there I was. At the age of 44, I’ve reached peak gear and I’ve never been sadder.

When it comes to studio equipment, nostalgia’s not what it used to be.

Check out Paul's studio circa 2001