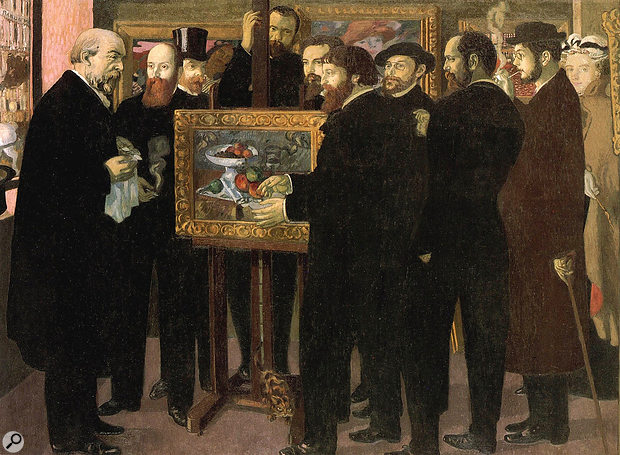 When people are paying peanuts, they’ll treat you like a monkey.

It’s always the little jobs. A TV Executive Producer mate of mine who I’ve enjoyed working with many times was slumming it doing an entertainment pilot. One element of the show involved someone singing along to a famous song and, for that, they needed a backing track.

I mean, honestly, how hard could it be? It was all keyboards and strings and nothing that needed live players. There were tons of MIDI files of the song available online, of varying degrees of terribleness, and there were plenty of guitar chord sheets available. Two hours’ work, tops.

“I’m off on holiday so I’ll leave you with our Series Producer, Geoff. Really appreciate this Paul. You’re a prince. See ya!”

Geoff, it turns out, hates music almost as much as I came to hate Geoff. Because Geoff’s breadth of experience with any part of the music-creation process apparently extended no further than once having learned to play a one-finger rendition of ‘Axel F’ on the Yamaha PSS270 home keyboard in 1988, which clearly readied him to be in charge of a programme on the television, the climax of which would have a music component. The song had to be two minutes dead to make the programme schedule work. But when I ran the song intro, two verses and a chorus with an ending, it took us to one minute, 51 seconds.

“Yeah, not sure what we can do about that Geoff. We don’t have time for another verse or chorus, and the intro is so well known it’ll be really obvious if we double it up to make up the time.”

“OK, but what do you suggest? We could slow it down, but at this tempo, I think people will feel that it’s dragging.”

“I mean it’s a song, Geoff. It’s not like cutting a length of pipe. If the songwriter designed it this way, we have to be kind of led by what it is, I’m afraid.”

“Like doing half a chorus or something? Won’t that sound really strange?”

“It has to be two minutes.”

“Long reverb on the end?” I suggested. And so on.

But it turned out that length was only one of our problems. Because, apparently, from a production-quality standpoint I wasn’t really pushing Geoff’s buttons either, as he explained. “I mean, I know the song so well. It’s from that huge film. My daughter plays it all the time at home so I’m really familiar with it. And your version, I mean it’s great and everything, but it somehow doesn’t sound quite as good as the original.”

“The original? From the movie soundtrack? You mean the one that had a host of the world’s best session performers, producers, engineers, arrangers and a full symphony orchestra on it, and probably cost half a million quid to make? The version I did for £200 is good but not quite as good as that? I wonder why that could be.”

“Yeah. Do you think you could up the quality a bit? Make it a bit more, you know, better?”

So I did nothing. Not a sausage. And left my original version on the web server in all its cheapskate mediocrity, like a musical open grave showing the vast worm-filled chasm between what Geoff wanted and what Geoff was prepared to pay for.

Then a week later Geoff got back in touch.

“That latest version is much better. Thanks for the changes. Perfect!”