How to get ahead in the business? Honour thy deadlines, have no other gods before work, and don't commit murder unless there's a particularly juicy commission at stake. 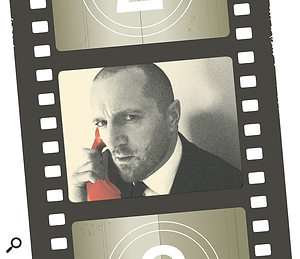 Some tough love this month, in the form of my Ten Commandments for aspiring TV/media composers.

1. Become a member of the Performing Right Society. Not only will you not get paid unless you are a member, the range of services, advice and networking they offer is second to none. Composing is a solitary job most of the time, and PRS makes you feel a bit less alone.

2. Become a member of the British Academy of Composers and Songwriters. It's a much smaller organisation than PRS, but dedicated to fighting for our rights and celebrating the best in composing and songwriting. They organise the internationally respected Ivor Novello awards each year. And you haven't lived until you've queued for the toilets at a posh awards ceremony behind your musical heroes, who are all as pissed as you are at 11 o'clock in the morning.

3. The customer is always right. Even when they're not, they still are. You know how to make music: they know what they want. Listen to them and give them what they ask for.

4. Be consistent. Not only in the standard of your work, but in making it easy for people to get hold of you. If you have changed your phone number or email address even once since you started in this industry, you richly deserve every bitter failure coming your way. 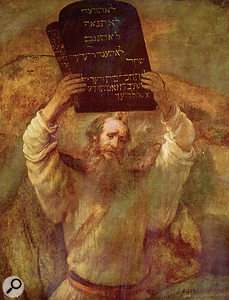 "It says you're not allowed to covet your neighbour's contacts in BBC Drama.”5. Know your tools. Struggling with your software? Plug‑ins not behaving? Sort it out and move on. Saying "Sorry, but I've had computer problems...” to a client is a bit like saying "Sorry I couldn't make it in to work today, but I couldn't operate my front door.”

6. Stay balanced. Rudyard Kipling described both triumph and disaster as 'imposters'. Damn straight. In other words, you are never as good or as bad as you think.

7. You didn't get the gig. So what? There will be other gigs and they'll probably be better. Understand why they chose another composer and learn from it. The uncomfortable truth is that 99 percent of the time it's because somebody else simply wanted the job more than you did.

8. Know the business. If you're at college or university, hang out with the people on the video editing and film courses. Study the TV/games/media industry. Find out who the important companies are, what they make, how big they are and who they employ and why. Stop hanging around with musicians: nobody is ever going to pay you because you know loads of really cool drummers.

9. Don't miss deadlines. Missing a deadline is like not knowing how to wipe your arse. If you can't deliver your work when they ask for it, you don't deserve to call yourself a composer.

10. Don't take yourself or your music too seriously. Throw your heart and soul into everything you do, but be prepared to have it stamped on, ignored and ripped apart by someone not even qualified to pass opinion on a particular shade of magnolia paint. Commissioning art is intimidating, and people who buy bespoke music often know nothing about music. Their comments can be contradictory, irrelevant and oftentimes insulting. Be patient. Be humble. Teach them how to tell you what they need. They'll love you for it in the long run.