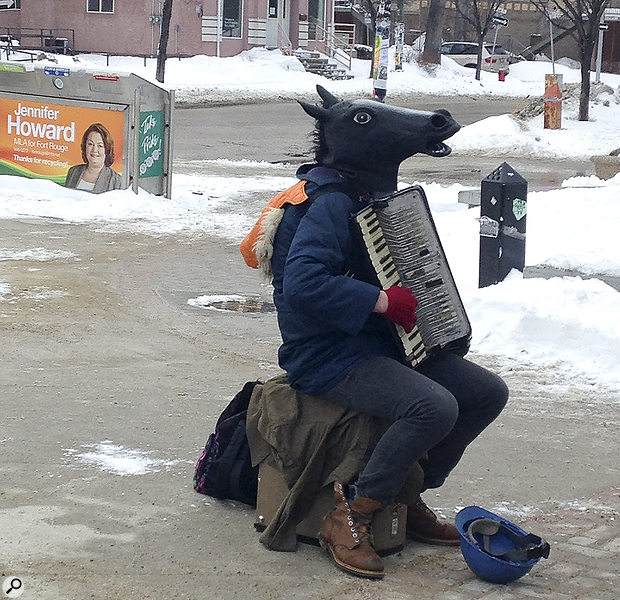 “Doesn’t matter what your music is like, does it? If your face doesn’t fit, you don’t stand a chance.”

It’s tempting to think that success is about who you know — but in fact, it’s about what you do.

One of the odd things about managing to stick around in this business for a while is that, over a period of time, you end up being surrounded by a better class of person. It will come as no surprise to anyone that the TV business has a food chain and a hierarchy just like any other. In the days before 12-year-olds were knocking out number one singles in their bedrooms (and making £35 out of it) the career path in the music industry was fairly linear. People’s working lives largely followed the tried and tested trajectory of Tea-boy, Tape Op, Assistant Engineer, Engineer, Producer, Recovering Alcoholic.

When you start off in the music-for-telly game, the people you speak to and work for will probably be quite low down the production chain, just as you are. They might be Producers, who run around for the Executive Producer. They might be Assistant Producers, who run around for the Producers. Or they might be Runners, who are always young and attractive and full of energy, and just run around. Pitching an idea to a lowly member of the production team is often fraught with problems. Not only will that person almost certainly lack the necessary skill to guide you towards what (they think) the production needs, but all decisions they make have to be passed up before approval, all of which represents a great big musical pot of broth with a whole heap of cooks just waiting to spoil it.

After many, many years of slowly clawing your way up the tree, turning in consistently solid work, having a few successes under your belt and making lots of contacts, however, you get to speak to the people who matter. The people that actually decide what goes on telly.

The View From The Top

I am on first-name terms with at least five commissioning editors at TV channels, and I’m never sure if this is any help to my career or not. Being able to chat amiably with the people at the very top of the tree — the people who ultimately decide which programmes to spend their budgets of hundreds of millions of pounds on — doesn’t make me a better composer. It doesn’t give me any greater insight into the creativity of the programme makers I’m working for, and it certainly doesn’t increase my chances of being associated with a hit show. What it does do is allow you to see how big decisions get made, and the pressures, hopes and expectations that ride on the people who make them.

I’ve found the more senior the relationship I have, the harder I work. Perhaps this is because I realise that I am closer to the final decision maker, and am therefore more invested in the outcome. Or perhaps I feel some genuine empathy with people whose careers really do take a hit if the project they are leading doesn’t engage with the audience. Whatever the reason, if an Executive Producer asks you for music, you really should pull out all the stops. Because at this level, it’s personal.

I’ve always maintained there really is no such thing as an Old Boys’ Network, and it would be insulting to be asked to be part of one. Your reputation and your craft should be shaped by the work you submit. The idea that a younger, more inexperienced composer with a fantastic demo would be overlooked in favour of a less good idea by an established composer is, of course, ridiculous.

Music is important, but only in so far as every element of a production is important. Yes, trust and being the person least likely to drop the ball will count for a lot — but your work should, and thankfully, does, speak for itself. Contacts and experience might get you into the room, but only talent keeps you at the party.