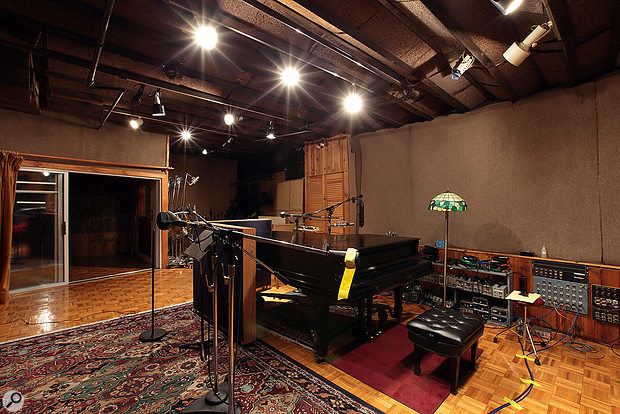 Walter Sear, who passed away at the age of 80 in 2010, was an entrepreneur in the truest sense of the word. Even in his late '70s, the graduate chemist spent many hours each day at the studio he founded, taking care of important technical aspects. The fact that he was active in this business for so long should be considered reassuring for the music industry — the list of Walter Sear's former professions is lengthy, and when a business had not seemed viable to him any more, he quit.

In the 1950s, Walter Sear played principal tuba with the renowned Philadelphia Orchestra before becoming a freelance musician in New York, playing with the Radio City Music Hall Orchestra, amongst others. Subsequently he became a tuba designer, and later estimated that more than 2000 instruments were manufactured to his specifications. Walter Sear was also one of the first distribution partners of synthesizer pioneer Robert Moog. He composed film soundtracks, became a film producer, and in 1963, opened up his first recording studio in New York. Thus Sear Sound, which has resided at its current West 48th Street location since 1990, is quite possibly the oldest independent music studio on the East Coast.

Music & The Food Of Love 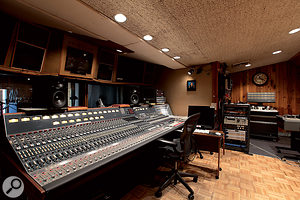 The control room in Studio A. Walter Sear apparently regarded the vintage Neve desk as a regrettable necessity! 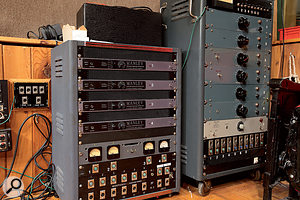 Rather than use console preamps, Walter Sear placed high-quality valve preamps by Pultec and Manley in the live rooms, routing their outputs straight to tape to achieve the shortest possible signal path. Most of the preamps were modified to his specifications. 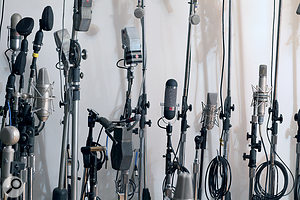 There's no mic locker at Sear Sound: all the studio's many high-quality mics are permanently available. 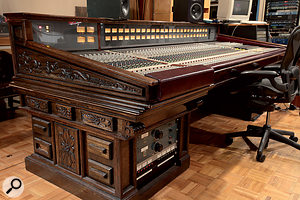 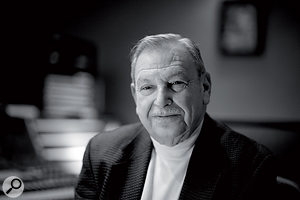 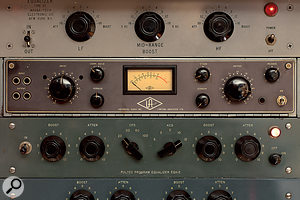 Walter Sear was a true audiophile, and he has built the entire studio around this way of thinking. His philosophy was that musicians should play their songs live at the studio, they should feel as comfortable as possible on the premises, and that their performances should be captured through the shortest possible signal paths of the highest possible quality. Sear Sound was thus the polar opposite of the 'corporate' studio. Even though Sear created one of the most elaborate recording environments in the world, when asked about the most significant equipment at the studio, he laughingly replied: "Food!"

The entire equipment selection at Sear Sound is almost completely valve-based and was hand-picked by Walter Sear. All units were either modified by him, or built to his specifications in the first place. Sear Sound employs numerous vintage Pultec preamps, which are placed in the live rooms, and their outputs are fed directly to the tape recorders, bypassing the console. Speaking of tape recorders, Sear Sound owns four Studer J37 machines, which reportedly came directly from Abbey Road.

Some of Walter Sear's ideas seem unconventional at first glance. The studio boasts a collection of almost 300 microphones, most of them vintage ribbon and valve capacitor mics — and all of them are kept on their stands in the live rooms, readily waiting to be used. Dust? Not a problem at all, according to Walter Sear. The mics could be wiped off quickly, and there would be many advantages to this storage method. The microphones are available immediately, without having to be pulled out of their boxes — and most of the microphones at Sear Sound look immaculate, even though some of them are 50 years old.

Although Sear Sound owns two wonderful mixing desks, they do not seem to have been Walter Sear's favourite pieces of equipment. In his inimitable words, the 1081 channel strips of the Neve 8038 custom console in Studio A sounded "terrible”, hence the stack of valve-based Pultec preamps in the live room. Sear did not seem to love the console in Studio C either, even though he designed it himself, and equipped it with custom-built Avalon Design channel strips. The desk was extremely expensive to make and sounds extraordinarily good but, according to Walter Sear, was one his worst investments: "Who needs EQs anyway? I'd much rather replace the microphone, the instrument or even the player, should the need arise!” Walter Sear's dry wit sometimes belied his warm character. He bought a lot of his equipment from studios that went out of business, but he never forgot to take care of their potted plants first, adopting many of them, which continue to grow in the 200-square-metre live room of Studio C.

Through the decades, the uncompromising work ethic of Sear and his staff, and the quality of Sear Sound's recordings have attracted a host of clients in all genres, some of whom have used the studio for more than 30 years. The list runs from ABC to John Zorn, taking in Björk, David Bowie, Lenny Kravitz, Yoko Ono, Steely Dan, Lou Reed, Wayne Shorter and Norah Jones along the way, to name just a few. Today the studios are still managed by Roberta Findlay, with Chris Allen continuing to be the chief engineer. According to Roberta, everything remains as it was in Sear's day, except that his chair is empty. And this, after all, is good news. New York, and the world, for that matter, needs a studio like Sear Sound!