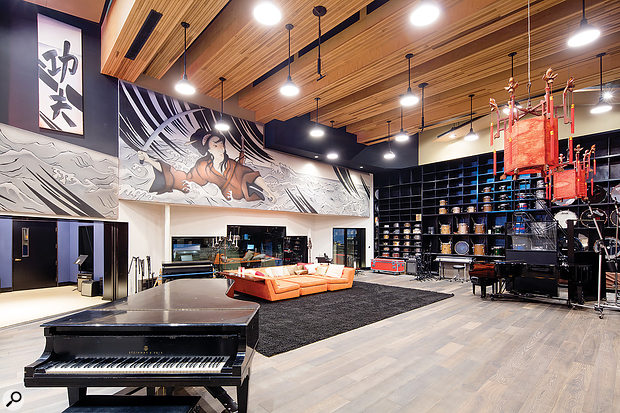 The large live area in Sphere LA Studio A.

Running a successful multi-room recording facility is challenging at the best of times, and relocating such a studio to a different continent is in an entirely different league of difficulty! This, however, is what Francesco Cameli has done. In the 13 years his Sphere studios was based in London, it prospered and gained him two Tech awards for his work with Adele on 21 and for the soundtrack for the James Bond film Skyfall.

However, the Italian-born bassist, who attended The Musicians’ Institute in London and Berklee College of Music in Boston, felt it was time for a change: “My interest in what I did in London was becoming less and less because of the way the industry was going. I felt uninspired to try and keep maintaining this great studio that I had created, and I wanted a new challenge in my life. The musicianship that still exists out here in Los Angeles seemed to promise an exciting life. I got into making records for purely selfish musical reasons and not so much for ‘quick and cheap and easy’, and that seemed to be where it was going in London.“ 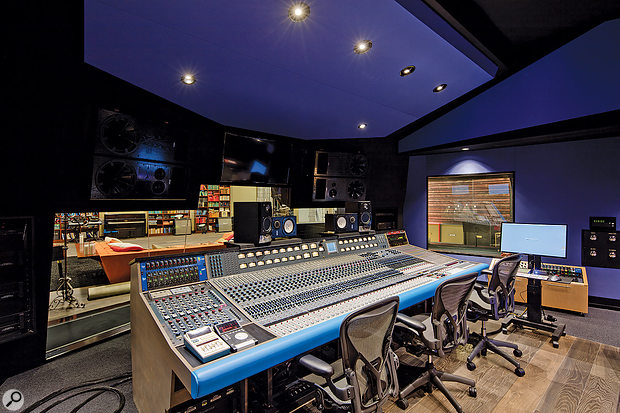 The Studio A control room is based around a 40-input Neve 8078 console. 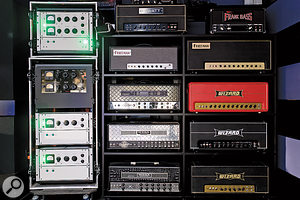 Desirable valve gear: the rack on the left houses a Fairchild 670 compressor (second from top) and no fewer than three Analoguetube AT1 Fairchild clones. To the right: guitar heads by Friedman, Wizard, Hiwatt, Mesa and Frank Bass. 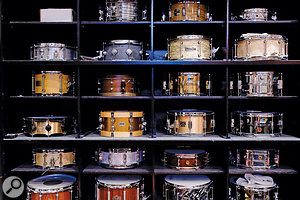 Part of the colossal selection of drums in the Studio A live room. 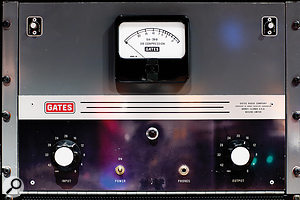 Rare vintage Gates M3529B limiter.Thus Cameli moved out West, relocating Sphere to LA. Initially, he planned to construct a recording venue in Burbank, but after struggling with permits, changed plans when he had the opportunity to buy singer-songwriter and record producer Linda Perry’s Kung Fu Gardens, a studio in North Hollywood with considerable history. 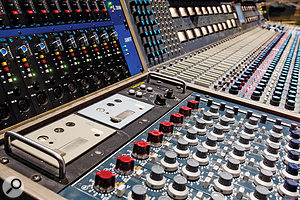 The premises are said to have belonged to the Church of Scientology until they were converted into a recording studio in 1995. Originally named Royaltone, the venue hosted artists like No Doubt, Alanis Morissette, Rage Against The Machine and Christina Aguilera. Ten years later it was taken over by Linda Perry, who ran it as a private studio.

In 2015, Francesco Cameli bought the building and started refurbishing it to become his new Sphere LA. Most of this refurbishment was aesthetic: “I wanted to try and respect the vibe that Linda had, because I was taken by how it felt when i first came here. It just had the feeling of a place where you want to come and make some music, and play with your friends and make records. We re-roofed it, tidied up the air conditioning, put some new floors down, repainted the walls, put new fabric up, but most of it was already in place. The whole oriental vibe was here, but I also had 14 years of what Sphere was, so we tried to marry the two in a way that it became a very functional studio with a great vibe, but with all the technical niceties that people are used to when they come to one of my rooms.“

“Technical niceties” is an understated way to describe Cameli’s vast collection of equipment. Studio A is built around a Neve 8078 that was installed in the Perry era, its own 40 input modules augmented by an additional preamp ‘bucket’ containing 10 API 512C, 12 API 212L, eight Neve 1093, six Neve 1073, two Neve 1084 and two Telefunken V76 modules. This staggering array of preamps is complemented by an equally abundant outboard selection, most of which is placed in sideracks with the gear facing upwards, so that it maintains a low profile: “We tried to cram in all the gear so that it is accessible and usable, but at the same time it disappears and stays out of your way,“ explains Cameli.

The control room, which is also home to a wall full of amp heads, looks out into a main live room that measures over 160 square metres, and it also boasts four iso booths of different sizes and proportions. The original Asian theme is still very prominently featured here, and every corner is full to the brim with kit. There’s an entire wall of drums, and the floor is populated by no fewer than three Steinways: a nine-foot which remains from the Royaltone days, a seven-foot which Cameli brough over from Sphere London, and an upright piano against the rear wall. 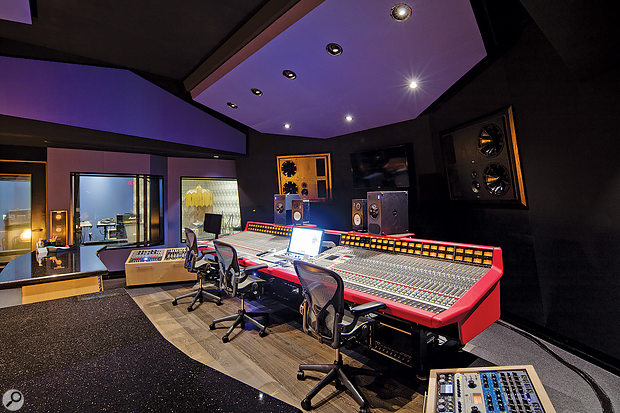 Studio B has a control room of similar proportions to Studio A’s, with four recording booths of up to 25 square metres. Interestingly, the red 72-channel SSL 4072 G+ console has been split in two to make room for a Pro Tools station in the centre: a modification which helps cure a typical setup problem with large-format consoles, where the computer desktop has to be put in a 90-degree angle to the desk, making for a less-than-ideal monitoring situation for the engineer operating the DAW. Here, too, the outboard matches the quality of the rest of the rig: a Lavry Gold MX A-D captures the mixes off the console, and dynamics processors include a vintage Gates M3529B limiter, an EAR 660 and a Shadow Hills Mastering Compressor.

Immediately after the February 2016 opening of Sphere LA — which also includes the editing suite Studio C as well as rooms D and E, production suites which are rented out on a long-term basis — the studio became as busy as the London facility has ever been. Animals As Leaders started tracking only two days after the party, followed by a soundtrack recording and a writing session for Disney. Toto have been working at the new Sphere, as has Billy Sheehan. Francesco Cameli sums up his goals: “It has always been my aim to make an environment that people would just feel really enthusiastic about wanting to make music in.“ It looks like he succeded — again!