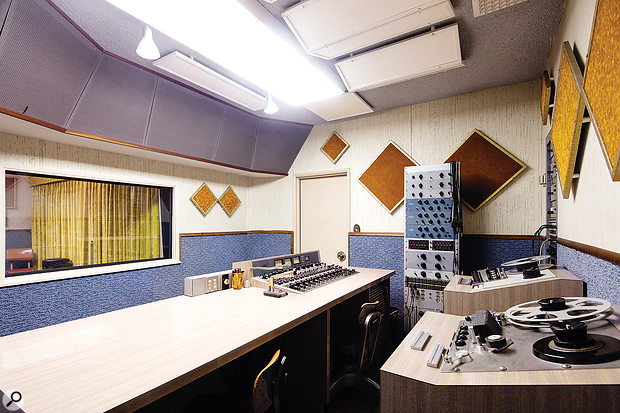 Studio B is based around a Universal Audio 610 console.

Few industries cherish the achievements of bygone eras as much as the music recording business. From both a technical and an emotional standpoint, studios actively seek to employ gear from half a century ago in current working environments. Imagine the same thing happening in healthcare or aviation! 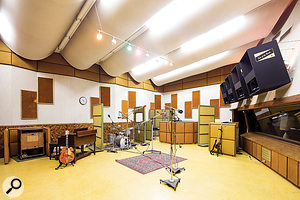 Studio A’s live area is the larger of the two recording spaces.Not all artifacts stand the test of time, though. Some become instant classics, some disappear without trace — and still others fade from the scene before being rediscovered years later. This is exactly what happened to Valentine Recording Studios, with the slight anomaly being that we are not discussing an individual bit of kit, but an entire recording environment. Mothballed for over three decades and reopened two years ago, Valentine is a time capsule of awe-inspiring completeness, providing us with a clear window into a great era of record-making. 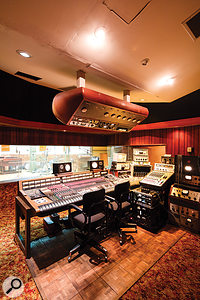 The control room in Studio A is centred around an MCI console.When Canadian-born and Los Angeles-based producer/engineer Nic Jodoin was invited to inspect an old recording venue that was gutted in the early ’80s, he expected so little that at first he didn’t even want to go there. Introduced to the heirs of founder Jimmy Valentine through mutual friends, however, he soon discovered that these doors opened up a unique parallel universe.

Jimmy Valentine hailed from from Chicago, and after serving in the army during World War II, he started his first recording venture in Washington, DC, before moving to Los Angeles to develop his career as a recording engineer. After stints at Capitol and NBC he founded Valentine Recording in 1963.

The studio, located in a former dentist’s office in North Hollywood, was one of the first in the valley. The smaller space which today is called Studio B was first to open, and only a year later, Studio A was added. The magnificient 12-channel Universal Audio 610 console which today resides in B was custom ordered in 1964 to take centre stage in Studio A. 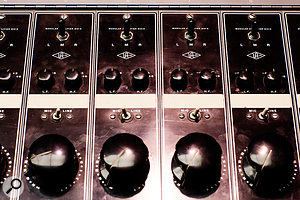 Although limited in functions, the UA 610 console helped to define the layout of a mixing board channel strip as we know it. 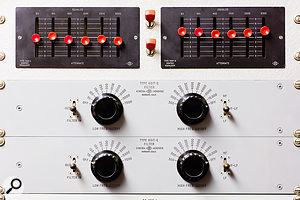 The outboard EQs in Studio B look as though they were manufactured yesterday. 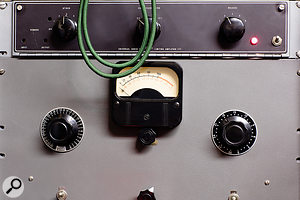 The UA 177 limiter can be remotely controlled from the 610 console; the chunky unit below it was manufactured by Cinema Engineering. 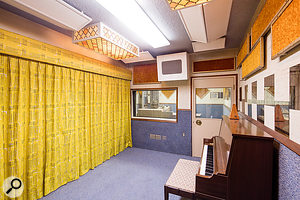 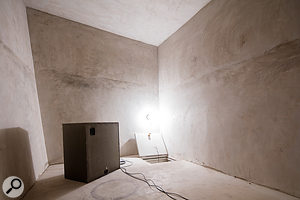 Valentine also boasts two original echo chambers.Jimmy Valentine was mostly into recording big bands, both for the recording and film industries, although the studio had a fairly wide scope at the time, with a variety of projects including comedy, country and rock coming through their doors. Notable clients of this era included Stan Kenton, Bing Crosby, Burl Ives, Frank Zappa and the Beach Boys. 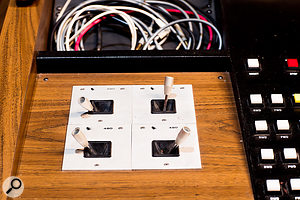 A set of API 480 Quadrasonic Stereo Panners mounted next to the console. 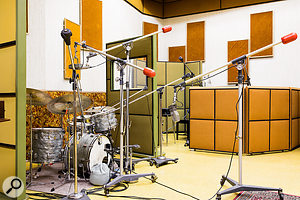 Studio A was last remodelled in 1975. The colour scheme is flawless down to the custom red counterweights on the Starbird microphone stands.The large Studio A was remodelled in 1975, and the UA 610 was moved to what is now Studio B, while a custom Quadraphonic 24-input MCI JH416 was installed in Studio A instead. However, with new musical styles emerging at the time, the working methods in the studio changed, too. Whereas big-band sessions could be planned precisely, rock sessions were more relaxed and open-ended, and often involved drink and drugs. This wasn’t Jimmy Valentine’s game, and he accepted fewer and fewer clients after the mid-1970s.

He also developed a new interest which quickly overtook recording in his priorities. Upon discovering that it was difficult to obtain spare parts for his 1957 Metropolitan car, he started buying everything he could find all across the country. Space once allotted for future studio expansions now became storage for Metropolitan accessories, and eventually he turned this into a new business, founding the Metropolitan Pit Stop to sell spare parts and restoration services.

After this endeavour picked up, Valentine finally decided to close the studio around 1979, and he continued to run the car parts business until his passing in 2006. At first, he used his recording venue every now and then to work with friends, but more and more the studio rooms became an extension of the car part storage. This was still the case when Nic Jodoin was first shown around in May 2015 by Brittany and Justin Barsony, whose grandfather once built the studio and who now own the premises.

It took several months to empty and clean up the building, before the studios could be brought back to a working condition. Luckily Jimmy Valentine had kept thorough documentation and lots of spare parts for the studio equipment as well, and most of the gear was, at least cosmetically, in immaculate shape to begin with. And what a collection of gear it was! 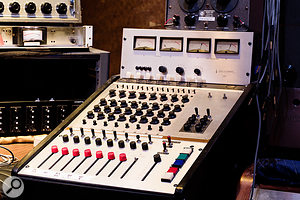 An eight-channel Flickinger sidecar to the MCI.Nic Jodoin added a few pieces to the control room of Studio A, namely a Flickinger sidecar and some classics like Telefunken W695 EQs and Teletronix LA-2A and dbx 160 compressors. Studio B retains its original gear collection, which includes three Pultec EQP1 equalisers and three Hycor Program Equalizer Model 4201s, Cinema Engineering EQ Type 7080 A and B, Cinema Aerovox Type 6517 E and Langevin EQ-259-A filters, as well as a Universal Audio 177 limiter which can be remote controlled from the 610 console.

Reverberation duties are being handled by a mono EMT 140 plate, a Quad Eight spring reverb and the two original echo chambers located above one of the hallways, which were only rediscovered when some connector labels on the patchbays suggested their existence. 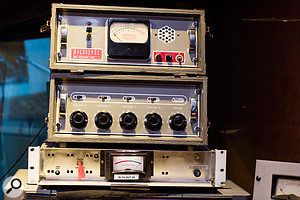 Special outboard kit includes this portable Magnasync Microphone Mixer.Jodoin slightly expanded the original microphone collection, but only with units which could have been available at the time. The setup includes several RCA 44-BX and DX-77 ribbon mics, and capacitor mics including Sony C37As, Neumann U87s and Neumann KM56s, plus several Electro-Voice and Sennheiser specimens as well as more unusual mics like a Western Electric 633A, Turner Microphones 33X and a Voice Of Music Ceramic Microphone.

Valentine offers a number of tape recorders, inluding a 24-track MCI JH-114 two-inch machine and a 16-input 1968 Stephens 811C, as well as several Ampex 354s with a choice of mono, stereo, three-track and four-track heads. In addition, the studio boasts a number of classic instruments like a 1911 Steinway Model B grand piano, a Hammond B3 with Leslie and a Mustel celesta.

The first session after the reopening took place in August 2015, recording the Coathangers. Nick Waterhouse was the first client in B, and over the past two years Nic Jodoin and the reborn Valentine have worked with artists like Gotye, Lana Del Rey, HAIM, Eagles Of Death Metal, Jon Batiste and Bad Bad Not Good, suggesting that the studio not only has a glorious past, but a bright future as well.