Universal Audio's UAD moves on up to v9.8 Skip to main content

Universal Audio's UAD moves on up to v9.8

As is now standard practice for Universal Audio, the latest update to the UAD software that ships with the company’s DSP-powered hardware interfaces, UAD cards and DSP accelerators includes 14-day demo versions of various new plug-ins; users who perform the upgrade can pay to keep them at the end of the trial period. Three come with the UAD v9.8 upgrade:

• V76 Preamplifier is an emulation of the valve-based mic preamp designed in the 1950s by Germany’s IFR, or Institut für Rundfunktechnik (the country’s still extant Broadcast Technology Institute). The original device was widely used by studios all over Germany, as well as Decca and Abbey Road studios in London. The virtual version models the entire valve- and transformer-based signal path (including the impedance, gain staging and circuit behaviour of the original), offering up to 76dB of gain with the classic V76 sound. 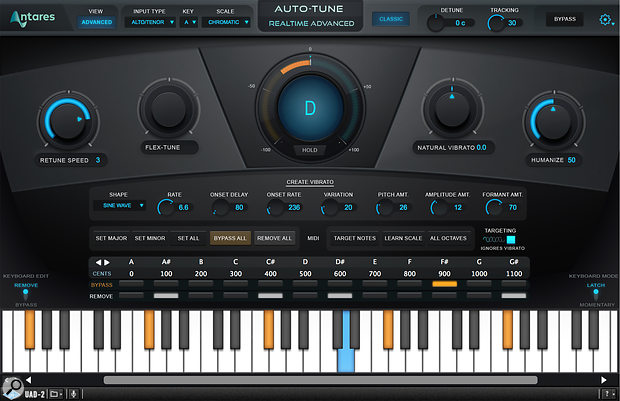 The latest version of the Antares Auto-Tune plug-in, free with UA's UAD 9.8 update.