DAVE WRIGHT: The Case For Noise 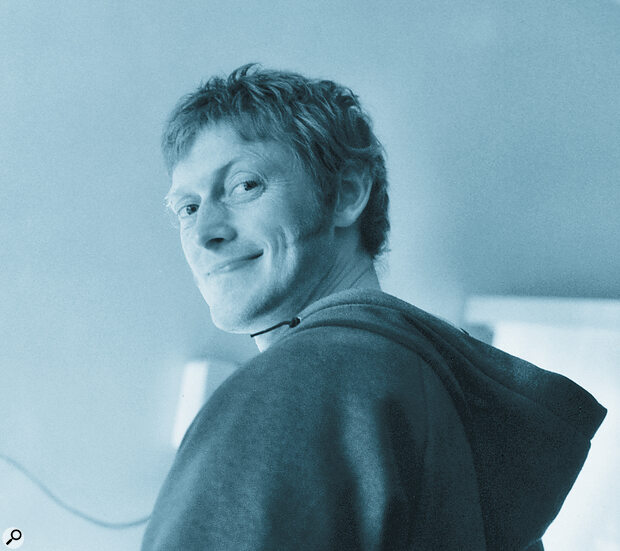 Dave Wright puts forward the case for noise, genuine old hiss, interference, wind and grind — the full mechanics of the recording process captured in all their glory...

I guess many people think differently but, when I listen to music, I enjoy hearing a bit of raw sound. I therefore want to put forward the case for noise, genuine old hiss, interference, wind and grind — the full mechanics of the recording process captured in all their glory. Surely I'm not the only person to be tired of the compulsive obsession with perfect audio hygiene that seems to predominate in this industry. In fact, there seems to be a Victorian prudishness which is extended towards anything remotely 'dirty' within the audio spectrum.

The natural world is full of interference and unintended reverberation, but when it comes to the recording environment, value judgements are made almost exclusively in relation to this clinical intolerance of dirty old noise. These high expectations of sound quality exclude vast areas of music from ever being critically reviewed and I find this scrutinising of musical potential infuriating. It also seems pretty unfair for the home recordist, who is the most likely to indulge in these low cost, noisy antics.

We should celebrate the possibilities of noise, distortion and accidental sound, captured by the recording process, rather than trying to eradicate them. We constantly make allowances for noise in our everyday life but we need to develop a critical tolerance towards noise in the recording process. The means of producing music and video are becoming universally affordable and attainable and it would be great if this increase in people producing music also coincided with a more diverse approach to recording. But it hasn't. We still seem to be opting for the rather stale school of thought which equates innovation with audio cleanliness rather than experimenting with sound — and that includes noise. Sound quality exists like an exclusive audio pedigree — a state of affairs which forces the home recordist to aspire to an increasingly unobtainable goal of production. And only when a work meets with these standards of 'audio cleanliness' do the critics seem to take it seriously.

There's loads of music out there which is produced within the confines of the home, garage or garden‑shed studio and, because it is produced in these environments, is uniquely different from the pristinely clean, commercially‑dependable, pop‑show catchy material that routinely gets all the media attention. People listen to music in the bedroom, so why not listen to music made in a bedroom? If some critics took the lead in promoting the cause of this 'less than perfect' genre of home‑produced material and championed its cause, then there might be a real shift in the type of music to get publicity and support.

People who make this kind of music don't want to be part of an environment where all innovation will be processed away to produce yet another highly polished 'family hatchback' sound. They're working in bedroom studios because it's a part of the music they are creating and it influences the 'sound'.

It is often incredibly difficult, if not impossible, to recreate that initial creative spark after it has happened. I bet loads of people have listened to their first tape recordings done on some cheap tape deck and thought that they possessed something special. Maybe someone like Damon Gough of Badly Drawn Boy has tapped into this vein, but I reckon this is just the tip of the iceberg. I'm not trying to suggest that everything should be done on basic equipment, just that this type of music should be allowed to play a part in the bigger picture.

So... take a bit of time to hear real 'in your face' creation — difficult uncommercial speaker‑threatening dishevelled soundscapes that break all the rules of music production; something that puts the onus of thought back on to the listener and sticks two fingers up at those cultural prudes who cannot bear to hear a bit of audio dirt coming from their speakers...

Dave Wright went to art college in Sheffield, then came back to his Lincoln 'roots' where, amongst other things, he worked on a farm where willow coppice was grown to be 'gasified' and made into ecologically‑sound electricity! He got into recording through using sound for art exhibitions. His last project, Shelf Life, was released on his own unnofficial TapeNoise label . Now known as Head Phones Man, his web site can be found at (www.hometown.aol.com/tapenoise/m...)