Stay one step ahead of the robots...

Ever since Google’s AlphaGo Artificial Intelligence program beat Go master Lee Se-dol in 2016, people have started taking AI a lot more seriously. There has been talk of the breath-taking range of jobs that will imminently be lost to our new robot masters. Barely anything is safe: surgeons will be out-surgeoned, lawyers will be out-lawyered and insurance professionals better start looking very carefully at their own insurance as there’s a high chance a clever algorithm will be making them redundant soon.

But where does music fit into all of this? Surely the arts are immune from the algorithms? Well, not necessarily... 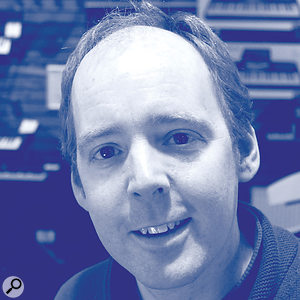 Sony Computer Science Laboratories have developed a piece of software called FlowMachines which is able to analyse a collection of music (for example Bach’s or the Beatles’ works) and generate new music in the same style. The thing is, it’s scarily good at it and it’s only going to get better.

Given that Sony Music is the second-largest record company in the world, I get the feeling that they’re not just doing this for fun, either. Why pay an unreliable, erratic, drug-addled muso to churn out a load of new pop hits, when you have a program that will do it for you? Just feed it all the number-one records for the last 50 years and let it do its thing. Need an upbeat Gallic-style EDM track to accompany your advert for sanitary towels? Plug in a few Daft Punk albums and an original (well, not that original) banger is yours to use as you please, royalty-free and unburdened by the unpredictable whims of a rights-holding carbon-based life form. Voilà! Instamusic.

This may seem far-fetched, but it really isn’t. AI will affect the whole music production process from composition through to performance, mixing and mastering. You may think you have that special magic, but the scary thing is that — whatever your own special magic is — it is basically an algorithm (albeit your algorithm) and soon enough a deep learning program will be able to mimic it.

So, should we bow down to our robot overlords and accept that our music production days are numbered?

No, friends — I say, rise up! Smash the robots! Run up some steps so they can’t follow you!

Actually, that’s probably not going to help, but it would be worth reappraising your prospects within the music industry and adapting your focus.

As an example, music for me is basically a hobby; my day job is running a chain of music-technology retail stores. Bearing in mind that retail is by no means safe from the clutches of the algorithms, we have tried to identify those things that AI can’t do. For example, we know about microphones and we like to think we can advise our clients intelligently about them, but do we have instantaneous access to every professional and consumer review, the contents of all top engineers’ mic cabinets, a range of frequency response charts, all the relevant circuit diagrams and the ability to combine all of this data seamlessly into an immediate recommendation on whether this particular mic will be appropriate for recording your particular Martin guitar? We don’t.

So what do we have? It may seem trite, but we have our humanity — a friendly smile, sympathy, bad jokes, and genuine passion for what we (and you) do. We also have the ability to understand when people are doing something that hasn’t been done before. I’d like to see an algorithm advise someone who’s building a folk-tinged grime rig. Basically, as the march of the robots continues apace, we as music-technology retailers need to look at what we can do that the robots can’t, and get really good at those things.

The same applies to music producers. The fundamental shortcoming of AI, when it comes to music, is that all it does is copy what has come before, but music is special precisely when it doesn’t copy what has come before. Bach, the Beatles, Bowie and Biggie were popular because they broke the mould in their own unique ways. As the technology improves, we need to get really good at innovating with the way we compose, produce, mix and master. Often this is by recognising something special in a mistake and running with it, or simply by tearing up the rulebook and doing exactly the opposite of what you’re meant to do.

The good news is that this is the fun bit, and where the real magic happens.