Sounding Off: Dumbing Down

Is 'dumbing down' creating a crisis in the pro-audio manufacturing industry?

The business of manufacturing all kinds of electronic products, including those for the audio market, has been declining for some years now in the world's main economies, and this has resulted in widespread takeovers and mergers within the UK's formerly rich electronic engineering infrastructure. Like the destruction of natural ecosystems, this change may prove to be irreversible, meaning that it may soon be impossible for even 'cottage industries' to design (let alone make) anything in the UK or in the world's other primary engineering countries like the USA, Germany or Sweden. Meanwhile, cheaply made goods and components that look superficially similar — but with variable and uncontrollable quality — are taking over. You couldn't even afford to package the goods at UK or EU rates, let alone cover the cost of assembly, amortising design or running a factory. 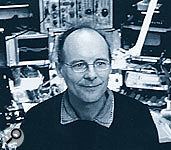 To make a bad situation worse, the audio industry is failing to recognise, safeguard and educate the public about the importance of audio quality. Without this information, purchasers and users of musical technology may get the impression that audio equipment was formerly a complete rip-off.

I am amazed that marketeers can't see the logical result of this reductionism — for as goods get cheaper, their purchasers respect them less, and meanwhile, everyone has to sell far more just to stand still.

As a designer, I make it my business to study detailed histories of the engineering struggles that have led to the creation of the equipment we all use every day. In such sagas, I've noticed several common phases. Firstly, new ideas or principles are discovered, frequently as the result of a separate lengthy process of hard toil and creative thought.

Secondly, although the first wave of products resulting from any new idea or endeavour are so costly, cumbersome and/or unreliable that only the very wealthy or very dedicated use them, others then spot the potential in the idea. Big money is then invested (it's always much easier to attract investors when the initial risk has been taken by somebody else, of course), 'healthy competition' occurs, and the designs are worked over. With the new generation of refinements, the product evolves. Ideally, it becomes more widely available with varying levels of competence and quality — it should be a given that 'quality costs', and that different quality levels are always required to accommodate differing human tastes and/or budgets.

Then comes the third stage — 'dumbing down'. The people who did all of the original work, namely the designers and engineers, are disposed of or go out of business. As soon as the original manufacturers are shut down or merged with other companies, the original hard-won know-how is readily lost, and frequently taken completely for granted. Marketing personnel and accountants take over — people without deep understanding of or resonance with what they're selling. Design becomes limited to attractive packaging, and manufacturing is 'farmed-out' to the cheapest sub-contractor.

In any creative facility (be it a studio or a lab), we all depend on the good design and smooth operation of many thousands of objects and components. Buying the cheapest or most readily available versions of these objects is not always the most sensible approach. Yes, you can buy door handles at £1.99 each from 'Krapmart' that look fine — but do you really want to replace them every few months because they're actually made from substandard, fake 'brass' with a negligible working lifespan? The same's true of more studio-specific gear — once the manufacturers of decent connectors have been put out of business we'll all be driven mad by distortion and crackles from riveted jacks, to say nothing of the down-time we'll spend on servicing and replacing bad connectors instead of actually making music.

Readers may do well to sharpen their awareness of the fact that audio products for music creation are amongst the most demanding and rewarding things that human beings can make. Competitive functionality and good ergonomics are high arts in themselves, as is ensuring high sound quality. As purchasers, we all need to get tough with suppliers over quality and not just prices. It's a fact that with mass production, where outset costs can be spread out over many units, good design — the kind that involves spending proper money — need cost hardly any more than bad.

So, when you next see anything generic being sold for a fantastically low price, please ask yourself what you are buying, and consider: 'does this really make sense?' and 'should I encourage this?'

Ben Duncan is a designer of all kinds of audio equipment, and is best known for his many articles and books on audio and electronics.