Sounding Off: A Media Composer's Lot Skip to main content

Sounding Off: A Media Composer's Lot

Valuable lessons from a media composer...

Having taken my first tentative steps into the competitive world of composing and designing sound for screen media, I have learned a few valuable lessons. As I have secured approximately no work whatsoever in the last month, I find that I have the time to sit here, drink coffee and pass these lessons on. 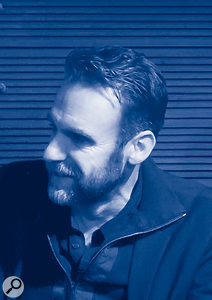 1. Regardless of what you have or haven’t won, begin your bio with the words ‘Award Winning’. Every individual and company seems to have it. I think it’s creative speak for “Help me, I’m dying.”

2. Know that you are the last priority for all directors and producers. That is, until the moment when they realise that there are only a few hours remaining before the deadline, there is merely a thimbleful of crumbs left in the budget and that there is no music. At that point you will suddenly become very important indeed, and near crushed by the stress of their attention. Then, approximately five minutes after the submission deadline, you will return to your moribund anonymity. To cushion you from the sudden lack of activity, you can look forward to endlessly chasing that small payment over the next four months.

3. The commissioning agent knows what they want and will articulate their wishes clearly. Your job is to see through the references to Hans Zimmer, the self-cancelling metaphors and contradictory couplings such as ‘ice cool heat’, ‘melodically abstract’, and ‘acoustically modulated electronics’, in order to establish just what the hell it is that they want.

4. There is already a composer covering Sunday night, so don’t try. It could be a period drama set in a dank and foggy 19th Century London; an earnest crime mini-series featuring a tough, yet vulnerable female lead and a high body count; or a plodding rural jaunt down a canal with some gentle mystery about missing buns. Regardless, the Sunday Evening Composer has covered it with a trademark progression of deep, modulated drone giving on to low legato strings, hugely reverberant impacts deep back in the mix, a tentative accident involving Native Instruments Absynth to tickle the fringe of atmospheric ambience, then a loud parp of horns to bring things to a close. Every, single, time.

5. Your agent will be keen for you to maintain your individual voice. However, you won’t get any work. It is the agent, rather than you, who will likely benefit from the integrity of your singular style, whilst they continue to derive the income from Sunday Evening Composer, who is also, of course, represented by the agency.

6. Don’t bring your fancy ideas about increasing emotional impact and engagement through exploring the interstices between diegesis and mimetic sound. Like unionised construction sites in the UK, every job and role is labelled and protected. This is why fixing a ballcock these days often requires not only a plumber, but a joiner, a tiler, a sparkie, a bioconservation specialist, a project manager and an HR supervisor. In short, you’d best not tread on anyone else’s patch. Not unless Foley has done the footstep, composer the soundtrack, sound designer the door creaking as you leave the building, dubbing mixer the dialogue and ADR the retake of the apology you originally mumbled for being so criminally out of your depth.

7. When someone says “Give us 15 minutes of something Bach would write. By Friday, 3pm. And it needs lots of percussion. And FX”, keep a straight face. They mean it, bless them.

8. Lastly, write. And if you can’t, then learn. Little skits like this may do nothing to forward your career but they may help keep shoes on your kids’ feet next winter. That said, on no account seek to publish these well-meaning observations even though they may be broadly shared, and immediately recognisable to many. To do so would be to risk alienating yourself from your peers and, worse, secure you a reputation somewhat akin to leprosy among potential employers. So, whatever you do, don’t.

Now, if you will excuse me, I feel a penned apology to my agent coming on.

Michael Begg is an award-winning freelance composer, producer and sound designer based in East Lothian, Scotland. He also records and performs with the cult ensemble, Fovea Hex, and writes articles about sound, music and theatre. Find him on Twitter: @michaelbegg