Orchestral performance and the role of modern technology.

I was rather disappointed recently after an orchestral concert in one of the UK’s best concert halls, and the occasion highlighted the incongruity between traditional classical music composed specifically to be performed in front of an audience, and many ‘contemporary classical works’, which still use orchestral elements but are fundamentally composed to be recorded. This latter approach features heavily in soundtracks for feature films as well, of course, and the key difference is that it permits the balance between instruments or orchestral sections to be altered radically from anything that can be achieved naturally on stage. 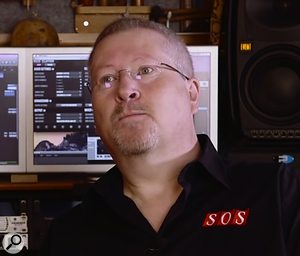 The concert was a performance of ‘The Armed Man: A Mass For Peace’ conducted by the composer Karl Jenkins, and performed in the Symphony Hall in Birmingham. I was seated centrally about three-quarters of the way back in the stalls — a position which, from much past experience, sounds fabulous in traditional orchestral concerts. However, of particular interest to me was the programme’s inclusion of ‘Symphonic Adiemus’ — a brand-new reworking of the immensely popular original from 20 years ago. Since the original version relied heavily on the recording process (because of the inherent acoustic imbalance of its various elements), I was intrigued as to how Jenkins would rearrange things in this new symphonic form.

I feared the worst when I spied foldback monitors for the conductor, seven mics around the choir seats at the back of the stage, at least two mics above some hand percussion on stage (congas, etc) and one more for a solo vocalist. Clearly, someone decided electronic assistance was required…

The original ‘Adiemus’ comprises string orchestra, a three-part female-only choir, and a lot of orchestral and ethnic percussion. Jenkins’ programme notes explained the main impetus for the revision was to satisfy calls for an SATB choir arrangement, but that he also wanted to explore a more ‘Romantic’ style of orchestration. Consequently, he scored this revised work for 60 strings plus 12 woodwind, 12 brass and six percussionists (and a full SATB choir).

However, six percussionists, with most of them hitting things most of the time, are very loud indeed. For the performance I attended the 12 woodwind and 13 brass were also present, but only 34 strings and a 64-strong choir. Sadly, it probably required a choir of 120 and at least 60 strings to stand a chance of achieving the intended acoustic balance — and that notion was confirmed in the car on the way home when I listened to the new Decca recording of ‘Symphonic Adiemus’ purchased in the lobby after the concert. (It is a brilliant revision of the original, by the way, and well worth a listen if you enjoy Jenkins’ work.)

Sadly, even with all the choir mics and a mighty PA system, the choir was comprehensively drowned out just by the percussionists’ rhythmic hand clapping, let alone when they were let loose on all their drums! And the small string section fared no better even though they were 50 feet closer to the audience. Of course, percussion is an important element in Jenkins’ work and I could see that it needed all six percussionists to play all the parts…

According to the CD’s sleeve notes, ‘The Adiemus Symphony Orchestra Of Europe’ was recorded in Budapest on July 10th this year, the London Philharmonic Choir was recorded in London on July 18th, and the percussion was recorded separately in another London studio over unspecified July dates. So these three elements were only ever heard together in the mix room, where their relative balance could be controlled artificially to achieve the desired blend — a blend which places the choir in equal prominence with the strings, with the brass and woodwind supporting and punctuating, and the complex percussion driving the music from the back.

It is a conductor’s role to balance the orchestra to achieve the desired sound, but entirely predictably, the sound — at least where I was sitting — was overwhelmingly dominated by the percussion, with strong brass contributions, but severely drowned choir and strings. Perhaps the funding wasn’t available for choral and orchestral forces of the required magnitude, but relying on amplification really didn’t work either!

So, what does this mean for the performance of contemporary orchestral music? Does it mean Perspex screens around the percussion sections, close mics on individual instruments or sections, and PAs to allow everything to be re-balanced far beyond their normal capabilities? I’m not sure I like that idea, but I’m sure no promoter wants to overhear conversations like I did on the way out along the lines of, “The CD sounds so much better!”

In his spare time between forum posts, Hugh Robjohns is the Technical Editor of Sound On Sound.