When Does Technology Make Things Too Easy? By Tom Flint

A few years ago, I interviewed a photographer who had spent the majority of his career using film cameras. He said lots of profound things about photography, but there was one thing that interested me a great deal. He said, “I have to say, I am not a big fan of digital photography, even now. It feels too simple, it feels like cheating somehow.”

It’s the sort of statement that makes sharp-suited marketing executives choke on their cappuccinos and start muttering insults under their breath. However, not being a marketing executive I thought it was interesting that something designed to make a process easier could be problematic. Admittedly my interviewee had other gripes with the digital format, but this was the one that captured my imagination.

These days, as I try to help my two children develop some useful skills, I find myself thinking that technology has made many things too easy. My two (who are now seven and 10) are so savvy with the iPad that they have no difficulty knocking up a few tunes using some of the apps I’ve downloaded for review. 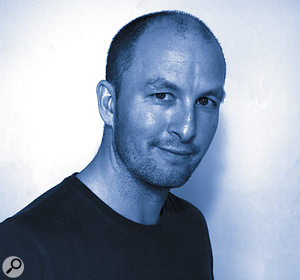 In some ways it’s great that they can have such fun with apps, and there’s no doubt that they learn a lot from using them, but the speed with which they can get a result sets up the expectation that all musical achievements can be that quick. When I try to teach my son to play a few chords on the guitar I have to explain that only by practicing again and again over a long period of time will he master the instrument. He understands this, as does my daughter, who has gravitated towards the keyboard a little more, but when a whole composition can be pieced together in a matter of minutes using tempo-sync’ed samples and a bunch of exciting effects and drum loops, it makes learning to play an instrument seem like a endless trudge.

I’m certainly not the only person to notice the problem. Earlier this year I saw an article on the BBC web site in which ballerina Tamara Rojo claimed that modern children lack discipline. Specifically she was quoted as saying “We live in a society that rewards fast success based on little talent or commitment, which is transient and a dangerous place to be.” She continued by saying “Do we want to promote instant success and instant failure, or do we want to promote self-esteem and hard work?” She attributed her own success to persistence and hard work. I suspect that she was thinking about the influence of TV talent shows rather than modern music technology, but the point is that both things promote a quick route to success.

Some people might suggest that Tamara and the photographer are stuck in the past and cannot see beyond their own experiences, and that modern technology and fast routes to success have enabled more people to exploit their talents. Indeed, there are many compelling examples of artists who have made fantastic uses of technology and might never have been discovered if it weren’t for certain media channels.

But there is more behind the opinions of my two examples than stuffiness and dogma. A lot of creative ideas are the result of taking a wrong turning or making a mistake, and it is said that you learn from your mistakes. Learning to play something that is challenging is a constant process of making mistakes and discovery. Amid that toil a person begins to find their voice and style, and gains self-confidence through their hard-earned achievements. Instead of instant gratification they get something long-lasting and rather more satisfying.

In terms of music technology, I wouldn’t propose that designers make their software deliberately difficult to learn or operate. It is, after all, easy to pick up a guitar or sit at a piano and make a noise. And I am not sure how easy it is to design something that presents character-building challenges.

Ultimately it is the responsibility of us all to try to gain some mastery over difficult things. It is through that process that we discover ways to enrich our music making. And those of us who have children need to ensure that they enjoy what sophisticated apps, synths and sound generators have to offer, but still experience processes like learning to play an instrument, or even creating samples from scratch.

Tom Flint is a composer, filmmaker and regular SOS contributor.