The following test measurements, which I made using the Audio Precision Analyser, were taken during the course of my review of the Burl Audio B2 Bomber A-D and D-A converters (/sos/nov10/articles/burlb2.htm). 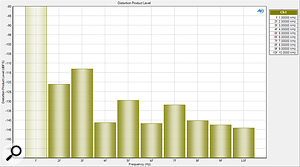 This shows that the B2 A-D converter has very little distortion, but it is predominantly odd-order. 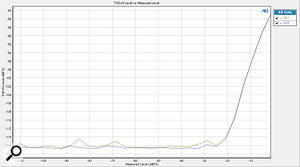 For the A-D converter, THD+N is well below -114dBFS for all input levels up to -25dBFS, above which it rises gently over about 30dB as a progressive odd-order distortion. 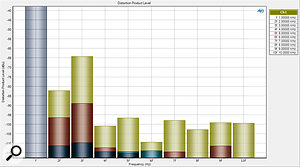 This chart for the D-A converter compares the noise floor and spectrum when converting a single tone signal using the embedded 44.1kHz clock (lower traces) and the internal clock running at 48kHz (upper traces). The latter clearly shows a significantly higher noise floor and an entire stream of aliasing distortions.