I took my first sound design job years ago on a television show whose budget barely afforded me the petrol to the studio. It certainly didn’t justify the time to record sounds specifically for the show, so I relied almost entirely on a sound library, which at the time made the work more akin to being a librarian than an audio professional. The workflow began with a search through a catalogue resembling a metropolitan city’s phonebook. Each line in the catalogue referenced a specific sound that would have to be transferred from one of 60 compact discs. Outside of the time lost to the process of searching and auditioning, valuable minutes of your workday disappeared to the glacial speed of antiquated computing. 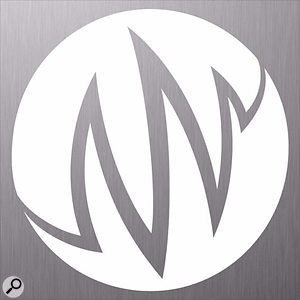 Years later, with hard drive space progressively increasing on the dollar, sound libraries have advanced to living on local drives or online servers, the distinction generally being the business and pricing models of individual companies. This alone makes modern sound effects libraries a marvel, and though the market has grown to be quite competitive, Pro Sound Effects have seemingly pushed to the forefront of sound effects library curators. Their recent association with Avid has helped their exposure, but it’s the collaboration in their most recent library, The Odyssey Collection: Essentials, that marks a more interesting progression.

The Odyssey Collection: Essentials is over 16,000 sounds taken directly from the personal libraries of two of Hollywood’s most distinguished sound editors, Mark Mangini and Richard L Anderson. Their expansive careers boast over 30 years of notable films, such as Apollo 13, The Lion King and the recent Blade Runner 2049, as well as the highest accolades awarded to sound editing. In other words, it’s safe to say that you have already heard some of the sounds from this library. Essentials ships on a 1TB USB 3.0 drive, with 156GB used for the library itself, which is the core of the greater Odyssey Library and the first part of the collection to be released.

Not surprisingly, Essentials is geared more towards those who work in film, television and gaming, who are generally required to build audible worlds from scratch. Broadly speaking, it is cinematic in its sounds and textures and, as the name implies, the sounds chosen for Essentials provide the most necessary palette for the majority of sound designs, with some speciality sounds added for additional coverage. The consistency, breadth and specificity of the library are remarkable, with 295 categories ranging from all aspects of foley — cloths, steps and props — to ambiences from places that most of us will never have the means to visit. There’s an historical compendium of vehicles that drive, fly, float and submerge, metals and motors, explosions and debris, animals and insects. There are sounds from the most mundane moments of everyday life to the aural cacophony of lives that only exist in the stories on screen. These sounds are brushstrokes of sorts that can be combined and layered to create rich and interesting sound designs on an empty sonic canvas.

In the weeks that I worked with the Essentials library I never found an occasion where I was unable to source a sound that I was looking for. More impressive, though, was that the library offered enough sonic coverage to easily cut a scene. Sounds were impeccably recorded with editing in mind, so in most cases the library offers a selection of distances, perspectives, cadences, durations, intensities, and focal points that can be tailored to the specific scene. It’s this extensiveness that makes Essentials an effective core library and will likely appeal to those who are just starting to build a library of their own or to those whose budgets limit their access to gathering more difficult, remote or expensive sounds and locations.

A sample library is really only as good as its searchability, though, so Pro Sound Effects worked with Mangini and Anderson to accurately describe and categorise all the sounds within collection. The impeccable organisation and metadata alone should be seen to have value for aspiring sound designers, if only to serve as an education in how professionals manage their assets. Essentials is also bundled with a 90-day trial of the database software BaseHead 4 Ultra. Though BaseHead is immensely helpful, the samples are so well organised and catalogued that the searchable PDF or .CSV documents can guide users without the need of additional software. That said, database software like BaseHead or Soundminer really elevate the search experience. BaseHead makes searching and auditioning incredibly fast and offers an easy workflow for getting sounds into your DAW. It’s a very elegant solution for managing a library.

There is no denying that The Odyssey Collection: Essentials is a niche product, but for those who have ever thought to explore sound design it may be the best starting point that I’ve seen. Though it doesn’t have the scale of some other larger libraries, even Pro Sound Effects’ Hybrid or Master libraries, it is extremely well curated. It focuses on sounds that are most useful and necessary, saving time on endlessly auditioning unnecessary samples. More notably, these sounds mark the careers of two people who helped set the benchmark for what modern film sound is, so the quality is undeniable. Mangini and Anderson see The Odyssey Collection as their sonic legacy, giving their experience to future generations of sound designers and editors. Those who use sound effects regularly will undoubtedly benefit from this legacy.