The Reel World: Scoring For Pictures Skip to main content

The Reel World: Scoring For Pictures 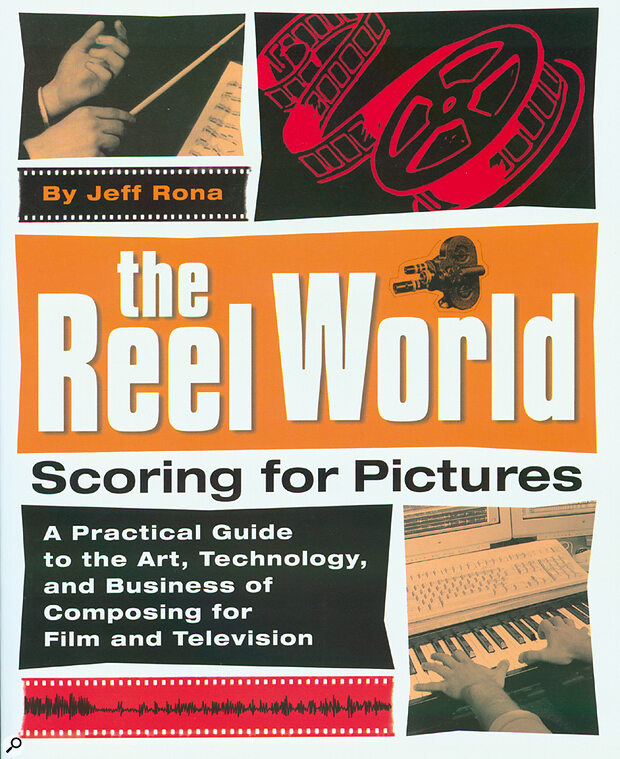 Those SOS readers that followed up some of the links in the April 2001 Net Notes column may be interested in Jeff Rona's book, The Reel World: Scoring for Pictures. The book aims to provide a practical guide to the art, technology and business of composing for film and television. Jeff Rona certainly has the pedigree to write on this topic. Well‑known in the USA for his contributions to Keyboard magazine, he has an impressive musical CV including both film and television work (Homicide: Life On The Street and Chicago Hope for example). He has also worked with composers such as Mark Isham (on A River Runs Through It) and Hans Zimmer (on Gladiator).

The book's 272 pages are split into three sections. The first of these deals with the creative process and introduces the key elements involved in writing music for picture. This includes some terminology and considers the differences between the film and television process, the importance of developing a style, and the way scoring is currently developing. Section two deals with the nuts and bolts of the technological music production process. The chapter on setting up a studio may be familiar territory to SOS readers, but the insight of a working professional is quite sobering in terms of the specification needed to compete for work at the top level. This section also covers the practicalities of writing the score and, if the budget allows, getting it recorded using live musicians. Section three concentrates upon developing a career, from getting started to dealing with the politics of film or television production, and gives advice on dealing with the financial aspects of the job. While many of the examples in this latter section are drawn from the USA, the underlying messages are equally valid on this side of the Pond.

As you might expect from an experienced writer, the style is extremely readable throughout, and the book never gets too heavily involved in the technicalities. Instead, the focus is on good practical advice and the various problems and pitfalls that a new composer is likely to face.

Three additional features make this book that little bit different. First, the author includes some anecdotal examples from his own career that give the book, on occasion, an almost autobiographical feel and add a sense of realism to the advice on offer. Second, the book includes short transcriptions of interviews (conversations) with some of the film world's biggest composing names, including John Williams, James Newton Howard, Hans Zimmer, Mark Isham and Marc Shaiman. These offer interesting insights into both the creative and business aspects of film and television music. Finally, throughout the book Jeff Rona makes regular references to the web site that supports the text (www.reelworld‑online.com) and which he manages himself. The site contains a wide range of related material on producing music for picture and is regularly updated. This book is an excellent read and very good value for money. John Walden

The Reel World: Scoring For Pictures, ISBN number 0‑87930‑591‑6, is published by Miller Freeman Books and is available in all good bookshops.