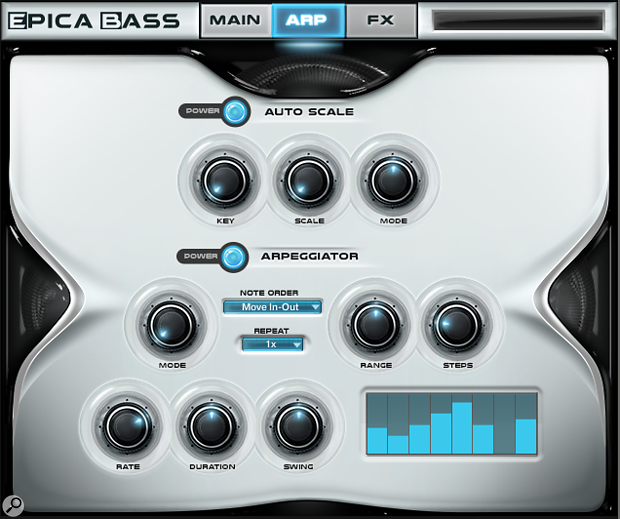 I reviewed Sam Spacey’s original Epica sample library for Kontakt back in 2014, and was hugely impressed; Epica was, well, epic, with lots of fabulous sounds build around samples of classic analogue synths. All these were presented via a powerful Kontakt front-end and a huge selection of presets to explore. 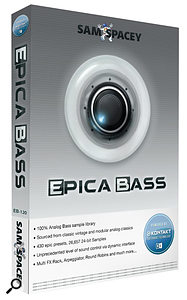 Epica was released via Zero-G, but Sam is now back with a new product — Epica Bass — and this time it is being released under his own label. The underlying concept is similar: Epica Bass presents a large selection of sample-based (mainly) monophonic bass sounds, all derived from some classic analogue hardware synths, and presented in a dedicated Kontakt front-end that offers all sorts of additional sound-tweaking possibilities. Synth sources include the ARP Odyssey MkIII, SEM, SH1000 and the CS30, among others. Every attempt has been made to capture ‘analogue’ in digital and, as explained in the documentation, Sam’s approach to the detailed sampling also means that every effort has been made recreate the inherent variability in sound that an analogue synth produces. Installed, the library is around 5GB in size and delivers over 400 preset sounds.

The front-end is something of a triumph. At first glance it looks pretty simple (that is, not too scary) yet, across six sub-screens, four of which are dedicated to the synth engine itself, there is actually a huge range of control offered. There is a really excellent balance struck here between ease of use and level of control. The two additional screens offer arpeggiator and multi-effects options. Again, both have plenty to offer without too much danger of bogging you down in endless details.

But, of course, while the interface is important, a virtual instrument really stands or falls based on its sound and, on that front, Epica Bass is an absolute triumph. I’m not prone to analogue elitism, but I have to say that these are some of the most convincing analogue bass sounds I’ve heard in software. There are some truly awesome presets offered, and the depth of sound, and the way the sounds seem to respond under the fingers, is very impressive. However much work has gone into Epica Bass to capture that ‘analogue’ vibe has, to my ears at least, paid off big time. The combination of the filter and modulation features within the front-end are particularly effective and, while you might have used more sophisticated arpeggiator functions elsewhere, when applied to a monophonic bass sound, Epica Bass’ arp is suitably epic. Indeed, just like the original Epica, Epica Bass lives up to its name. I think I’ve just found my new ‘go to’ source for all things synth, analogue and bassy. Epica Bass comes highly recommended.