Q. Is there a problem with inputs on the Roland VS2480? Skip to main content

Q. Is there a problem with inputs on the Roland VS2480? 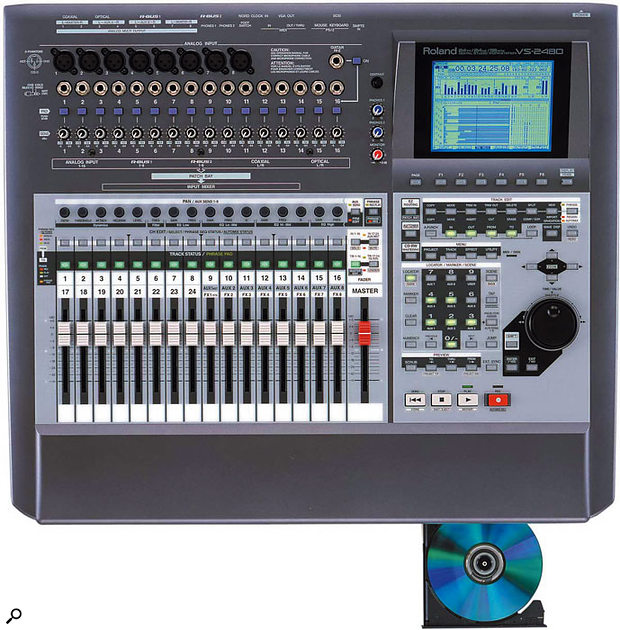 Roland's VS2480 multitrack digital recorder is their flagship model in the VS range.Photo: Tom Flint

Roland US acknowledged the problem, and one of the technical support personnel responded on the Roland US web site with this statement: "We have verified that as you increase the level on the analogue preamps there is an unusual amount of harmonic distortion introduced when you reach the -6dB to -4dB range. Clipping the input and then backing the level down to the desired setting fixes this. So, as a matter of practice, it is recommended that you raise your input levels past the point of clipping (0dB) and then adjust them down to a proper recording level (-12dB to -4dB) from there. If you record in this manner, you should have no problems getting a good, clean recording. The engineers are researching possible solutions for a more permanent fix, but we don't have any more information on that at this time."

I think this deserves a bit of investigation, and is information that potential buyers of the VS2480 should be made aware of.

A workaround I've found for this distortion problem is to have all the 'Att' (attenuation) controls on your input channels set to +6dB. If you then adjust the preamp gain for the appropriate meter reading, you avoid the distortion. Interestingly, if you set the Att controls to, say, -6dB, you see the distortion start to creep in at -12dBFS. So is it the input stage that's the problem, or the relationship between the digital attenuators and the input stage? I suspect it is the latter, and if it is then the converters would be operating at full spec. The Falcon Eddy Crank doesn't fix the problem because the distortion creeps back in, and driving the inputs that hard before each recording can't be good in the long run. At any rate, if you create a setup patch with Att set to +6dB for each input channel as your starting point for each project then you can get to work without worrying about distortion at all.

Martyn Hopkins, Roland UK MI Marketing Manager replies: For the last few months we have been following the discussions on the SOS Forum and the VS Planet web site, and have through these sources become aware of a problem with harmonic distortion on the inputs of the VS2480. For any UK-based VS2480 user experiencing harmonic distortion problems, we are offering to update their VS2480 free of charge until June 1st 2003. There is currently a two-week turnaround for this procedure, and any customers should contact Roland UK's service department prior to arranging any shipment. The large majority of VS2480 users have not experienced any problems regarding this, and can continue to use their VS2480 without modification.