Q. Why am I having problems with my Atari ST and Cubase? Skip to main content

Q. Why am I having problems with my Atari ST and Cubase? 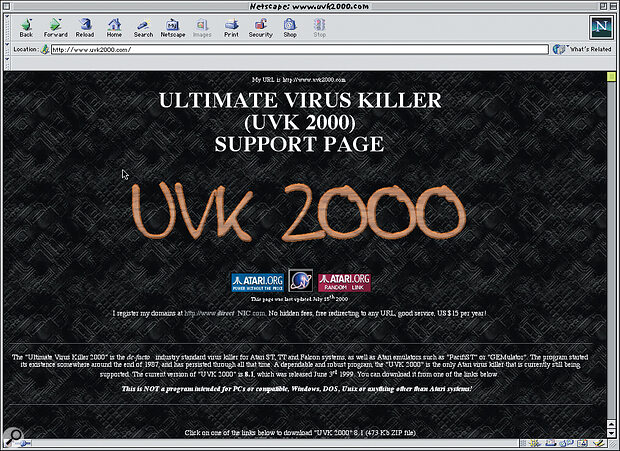 I use an Atari ST for sequencing, and I am having huge problems with Cubase. I've used it on three different Ataris, which have always worked, but now when I try to open a song on one of my hundreds of double‑density disks the mouse sign stutters and stops or disappears. Whichever Cubase floppy I use (they all used to work) and whichever Atari (all three used to work), it doesn't open the songs on any of the disks (all of which also worked before). I've even tried different monitors and different mice with a combination of Ataris and Cubase floppies, with no result. This happened to me a month ago and now again. Does the Atari have a millennium problem, and in that case why now and not the rest of the year? Is the internal clock set to not work in a certain period?

Contributor Paul Sellars replies: The most likely cause is that you have a virus. A number of Atari bugs were written a few years back, many of them variants of what was called the 'Ghost' virus. They sit in the boot sector of floppies, are RAM‑resident and can be copied to other floppies. Unless you're using a hard disk (and it doesn't sound like you are) it probably won't do any real damage: as a rule they mess up your mouse pointer in a variety of colourful ways, and then do very little else.

If you do have a virus, it will have come in on the boot sector of a floppy from an unreliable source and, being RAM‑resident, it will probably have copied itself on to quite a few disks by now. However, all is not lost: you can download The Ultimate Virus Killer from www.uvk2000.com, and that will hopefully let you get rid of it without reformatting any disks.

If you don't have an Internet connection, you'll probably need to go to an Internet café, as I doubt you'll be able to find it on disk anywhere. If you download it and copy it on to a DOS‑formatted 720K DD floppy, your Ataris will read it without any trouble. It would be a wise precaution to write‑protect the floppy before using it, for the obvious reasons...

To the best of my knowledge, the Atari has no Year 2000 issues. My ST generally thinks it's April 1987, and suffers no ill‑effects as a result.