Q. Why do people stand Monitors upside down? Skip to main content

Q. Why do people stand Monitors upside down? 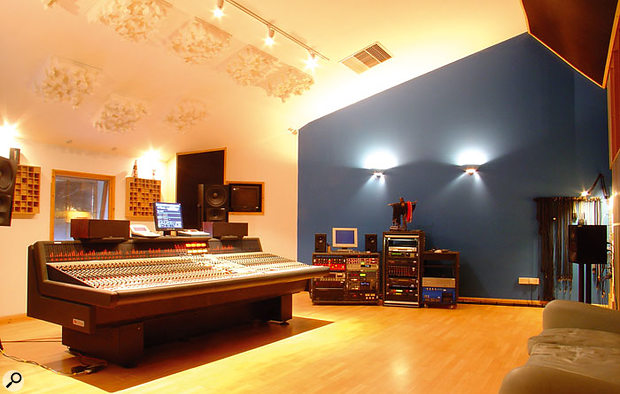 Most of the speakers in Tori Amos's Martian Engineering studio, which was featured in SOS February 2007, are mounted upside down, with the woofer above the tweeter. This is done to align the high-frequency drivers with the ears of the engineers, and to reduce the amount of bass reflected from the back of the mixing console.

I was flicking through the pictures in your Tori Amos article from SOS February 2007, and wondering why all the monitor speakers in the pictures were upside down. I've seen this before, but apart from sounding 'better' to the user, I can't see any other benefit. Am I missing something?

Technical Editor Hugh Robjohns replies: There is no real benefit as such, only convenience, and there's no inherent problem in mounting speakers upside down either, unlike the issues in mounting them sideways.

The important thing in speaker placement is that the tweeter (and mid-range in a three-way design like the speakers shown in the article) should be at ear height and aiming at the mix engineer's position. The tweeter and mid-range units should also be vertically one above the other, and ideally also vertically above the bass driver (although this is slightly less critical). If they are side by side, imaging will be compromised, as will the smoothness of the speaker's frequency response.

With active speakers, something else to consider is cooling: the amplifier pack will get hot and requires a cooling air flow to carry that heat away. Most designs have some sort of heatsink on the rear panel to make this process more efficient (usually an area of metal fins), and these need to be vertical to work properly. Mounting the speaker on its side will prevent the air from flowing properly along the fins, and hence the cooling won't be very efficient at all.

There are lots of possible reasons why the monitor speakers have been installed upside down. It could simply be to look different from the norm, or it could be because that was the easiest way to get the tweeter/mid-range axis right for the listening position. Or it could be because the speakers had been installed the right way up for many years and the driver suspensions had become tired. Inverting them might extend the life of the drivers slightly. This is something that used to affect very large speakers years ago, but modern material science has overcome it to a very large degree.

Going back to the article that sparked your query, we contacted Adam Spry at Tori Amos' Martian Engineering studio, to get the full explanation of why they have their Genelec 1038s the 'wrong' way up. Adam responded: "The speakers are upside down to simply align the engineer's ears with the high-end drivers. Having them this way around also locates the low-frequency driver higher up, so that less bass hits the back of the mixing desk, which helps."