With official support for USB 3 sorely lacking, we'll just have to make the most of its predecessor. 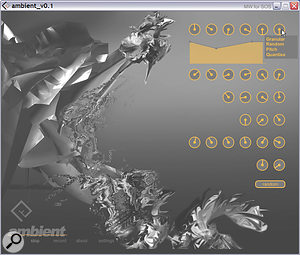 It may look a bit arty and cryptic, but Audiobulb's Ambient creates wonderful soundscapes from almost any imported audio file.

I first mentioned the new SuperSpeed USB 3 format way back in PC Notes February 2009, and its higher maximum transfer rates certainly seemed to generate a lot of interest among musicians. However, only in the last few months have I finally been able to report on the appearance of products such as USB 3 expansion card interfaces and external hard drives suitable for fast backups and project recording.

Unfortunately, Intel are being remarkably tardy about including USB 3 in their motherboard chip sets (as I write this, the industry doesn't now expect official support until 2012!), so sales of add‑on USB 3 expansion cards are likely to remain healthy for some time.

Some musicians are automatically expecting radically new, and more capable, USB 3 audio interfaces to appear as well, but I suspect this won't happen, largely because current formats are more than adequate for the vast majority of us. For instance, as far back as 2005 we already had a single PCI‑based audio interface card that could support up to 32‑in/32‑out in 24‑bit/192kHz format (the ESI MaXIO XD, for PC only), while other musicians are managing to run 80‑in/80‑out setups at 24‑bit/44.1kHz straddling several Firewire 400 audio interfaces.

So, unless you really do need hundreds of simultaneous tracks, or interface manufacturers offer us lots more built‑in DSP features, the USB 2 bandwidth remains perfectly sufficient. Moreover, the once humble USB 2 audio interface is also becoming increasingly popular, with many musicians moving over to them in preference to Firewire. 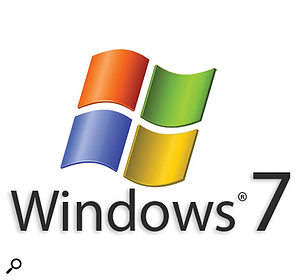 Believe it or not, 46 percent of mainstream Windows 7 users install the 64‑bit version!Occasionally, one stumbles across a PC audio utility that is far more useful than its minimal price tag suggests, and such is the case with Ambient, available from Audiobulb Records (www.audiobulb.com) for just £9.99. Written by Christopher Hipgrave as a standalone Max/MSP application running on Windows XP/Vista/7, and given inspiring album‑like artwork from graphic designer Mike Podolak, Ambient is described as a "unique ambient soundscape generator”, and is simplicity itself to use.

You simply load in any single audio file (it accepted all sample rates I threw at it, and maximum length is only limited by your available RAM), and click on Start for playback and Record to capture the results in real time to a new file as you manipulate the various parameters on offer. At the heart of Ambient is a granular sampler that spits out a stream of 'grains' at your chosen speed and pitch, but with variable random‑pitch and pitch‑quantise functions to make things potentially more musical. There are three additional pitch‑shift layers available for extra richness, an Amplitude Envelope, so you can add real‑time fades, plus effects including delay, various filter options and ambient reverb. However, this bland description of the controls doesn't prepare you for the results, which I found truly inspiring.

Ambient is perfect for the avant garde electronic composer, but is also a wonderful tool for sound designers and, indeed, any other musician who needs a kick start for creativity, some ambient backdrops or some fresh audio flavouring. Further development is on the cards and, by the time you read this, MIDI learn should be implemented, so you can use your favourite MIDI controller to create new sounds live. Highly recommended!

Half Windows 7 Installs Are 64‑bit: I always said the biggest reason for musicians to change operating systems was to move from 32-bit to 64-bit and take advantage of more than 4GB of RAM, but now it seems that mainstream users are also migrating. According to Microsoft's own figures, just released, 46 percent of their Windows 7 users are running the 64‑bit version (compared with just 11 percent for Vista). This is despite the fact that few mainstream users ever have need of more than 4GB of RAM, and most are still running 32‑bit software.

PC Prices Up: PC prices across Europe bucked the normal downward trend in the second quarter of 2010, with average selling prices increasing by three percent. Apparently, this is due to an increase in sales of more expensive 'all‑in‑one consumer PCs' and business‑orientated notebooks, plus a combined decline in the value of the Euro and a strengthening dollar.