Prodipe is a French company selling a range of ‘French designed, Chinese-made’ products, amongst which is the TT1 Pro Langen (Langen being the surname of the chap who selected the mic components from existing Chinese parts).

Paul White reviewed the TT1 for SOS back in 2010. https://www.soundonsound.com/reviews/prodipe-tt1

The ‘Pro’ tag on this mic simply means that it has no on/off switch and the mic name is printed near the top of the mic in a smaller, more conservative, typeface than Paul White’s review sample (which seems to be an update for all versions of the mic). I bought mine for £33 from Amazon UK, so whilst not a real budget mic, it certainly falls in the low-cost category.

As in my other recent stage mic reviews, I first compared it against an SM58 using an Alto TS310 speaker and Alesis Multimix8 USB FX mixer, set up in my lounge. I then recorded the output signals from both into my DAW using a speaker playing back pink noise. The resulting graph need to be viewed for comparison purposes only. The graph isn't to be taken as an accurate representation of the actual frequency response.

I used the Melda MAnalyzer on a stereo group channel, with the SM58 feeding one channel and the TT1 feeding the other. I've then adjusted the gain on one channel, so that the output levels are as close as I could get them at 1kHz (a standard comparison frequency). The MAnalyzer was set to normalise the overall levels. I used 30 seconds of a pink noise 44.1kHz/24bit recording. The MAnalyzer was set to average over the whole input period (to even out the random nature of the noise), with a small amount of smoothing set for the display to take out the smaller spikes in the frequency.

Whilst it isn’t a slavish copy of one (the grille and the body shape are both different when you look more closely), first impressions are that it is similar looking to a Sennheiser E835 (and of course the countless Chinese Sennheiser copies available on the web). The mic feels solid and has a weight similar to an SM58 or an AKG D5. The connection end of the mic body has three flat chamfers machined into it, so that when put down, the mic isn’t going to roll away, even on a fairly sloped surface, which is a good thing in my book. 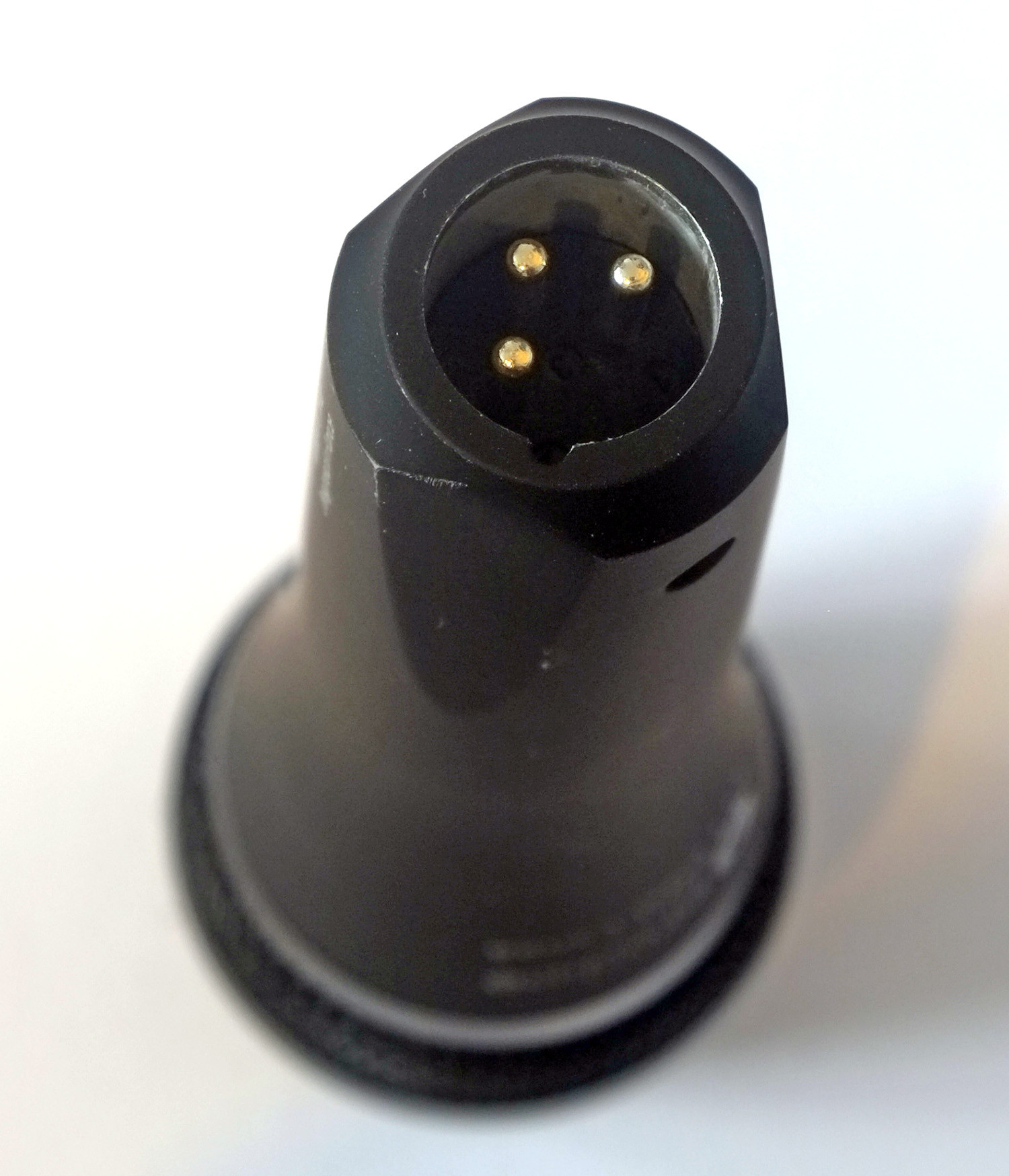 The grille has a semi-gloss black finish, whilst the body has a charcoal-grey satin finish, which feels nice and smooth to hold in your hand. It’s certainly a comfortable mic to hold, and the shape does encourage you to hold it properly rather than cup the grille (with all the associated feedback issues of doing that).

The capsule is quite long for a dynamic mic, and as a result is physically located very near to the top of the grille. The written mic spec says it’s got a cardioid pattern, but the polar pattern chart (unfortunately only given at the one frequency of 1kHz) shows a small rearward-facing lobe, so it’s probably best to treat it as veering on super-cardioid, and angle the rear away slightly from stage monitors.

I’ve done my usual wiring check and the mic output is wired for a balanced connection, with no connection between pin 1 and pin 3 and I measured a 612-ohm resistance between pins 2 and 3 (which matches the mic data sheet value of 600 ohms).
The supplied stand clip seems a bit on the flimsy side with at a feeling that you are going to have to keep tightening the screws quite often to stop it drooping, but does come complete with a thread adapter. If there are problems down the line with the mic clip, a decent mic clip doesn’t cost that much. A cloth mic bag with a drawstring at the top is supplied for storage. 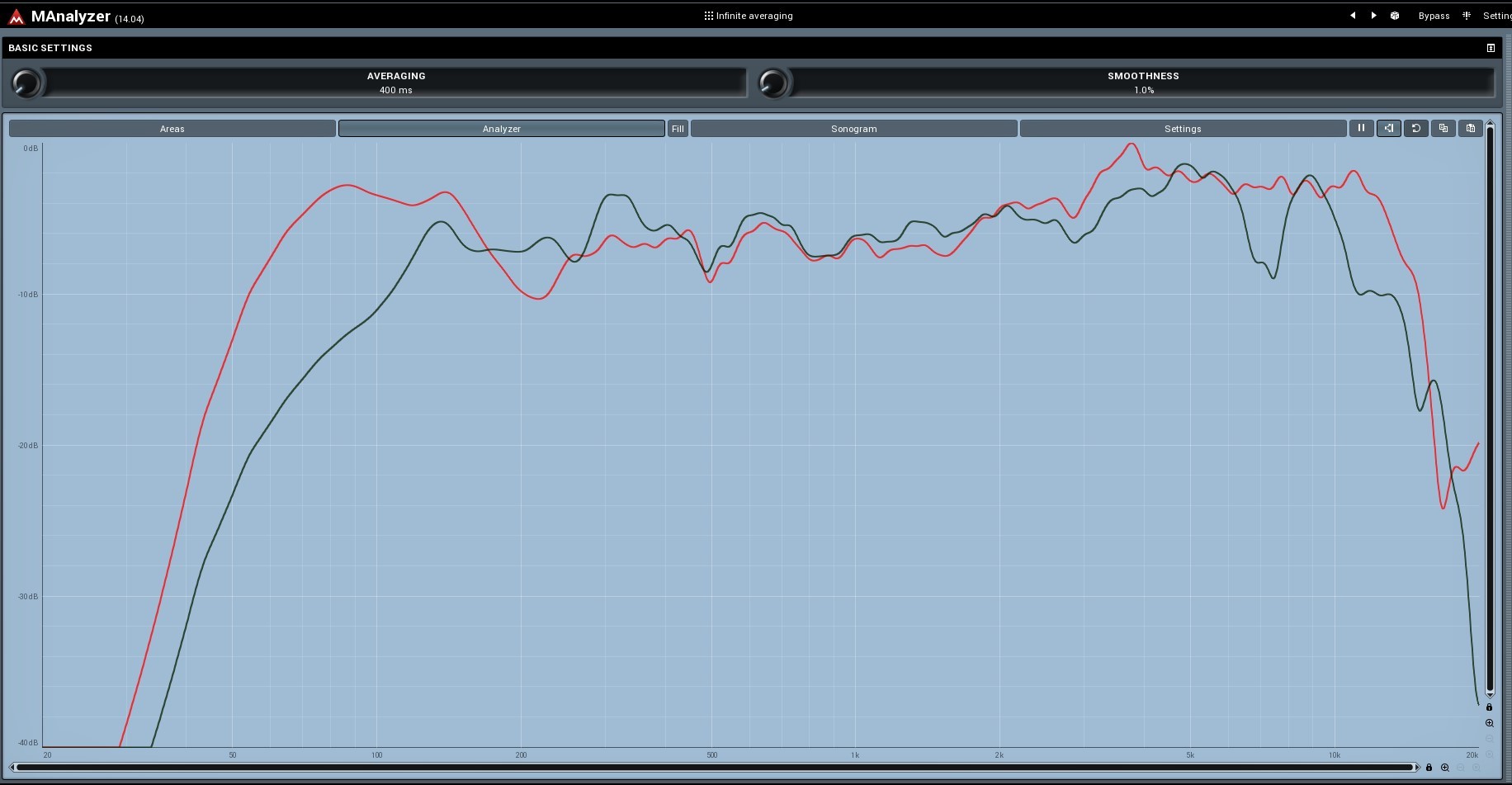 It sounds great! It has a very full but clear sound. The extended bass end (compared to an SM58) can make a deep voice sound pretty fat, which can be tamed if necessary, with a touch of bass EQ. The mids are very legible, and the high end is obviously slightly boosted and extended over the SM58, but it’s smooth and not peaky at all and there were no noticeable sibilance issues. Plosives too were well under control.

Handling noise was minimal. Yes, there is some, but it’s quite low frequency, not that loud and certainly on a par with the SM58.

In fact, the overall frequency response is very similar to Sennheiser’s chart for the E835. I don’t have an E835 available at the moment for a comparison, but I’d suspect that they’d sound pretty similar.

Output is certainly up on the SM58, and I’d happily believe the quoted 5 dB output improvement over the SM58. Given the fairly standard sized mic capsule, it must have a neodymium magnet inside.

Feedback resistance, despite that possible slight rear lobe, was good. Subjectively, the PA volume could be raised to a similar level as the SM58 with the mic pointing at the monitor (the extra output gain of the TT1 precluded having exactly the same mixer settings).

For this mic test, I’d drafted in a friend with better hearing than me to double check my findings on all my recent mics that I’d reviewed, and he fully agreed with me about the sound.

It’s not going to suit all voices, but then again, no mic does. But it will work fine with the majority of singers. For £33 (you may find it at an even lower price if you shop around), it is definitely a bargain. It’s certainly on par regarding overall sound quality with an SM58 or the AKG D5, even if the tonality is a bit different.

Cons: I could be a bit mean and ask for a better mic clip, but at this price, there are none I can think of.

Reinforces my theory that there has never been a better time to be a poor / cheapskate musician!

Looks like it took its styling cues from the Telefunken M80 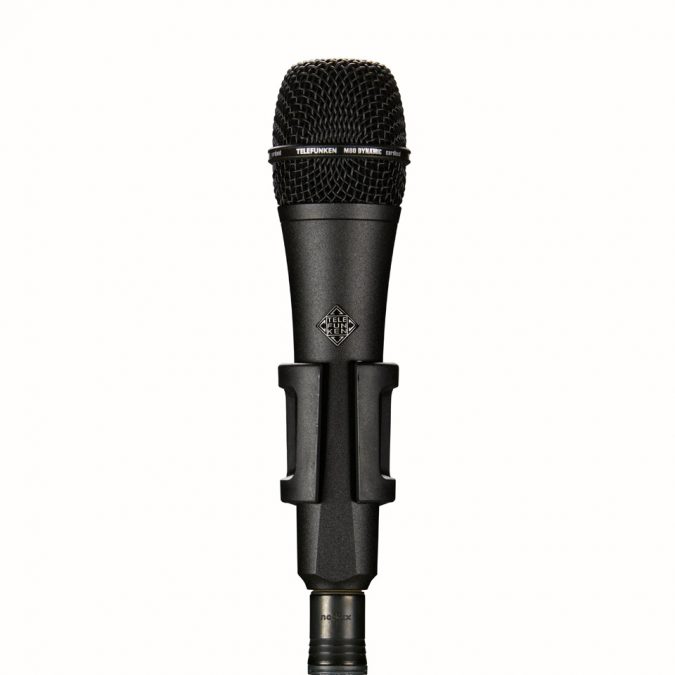 As I have an e835 and tt1 pro-lanen I did a quick comparison; same length for both mics but the e835 is slightly heavier with a shorter grill (although both grills look to be made the same way the e835 has a slight metallic ring when tapped unlike the prodipe)
If I get time I will do some tests although I don't have that Manalyser software on my computer.

That MAnalyzer is part of the Melda free package. Well worth getting.

Dan LB wrote:Looks like it took its styling cues from the Telefunken M80

From what I can find out the Telefunken uses exterior components and a capsule from China so the bodies and grilles are probably made in the same factory (and may even be identical). From a posting from Telefunken on another forum it appears that the only US made component in the M80 is the transformer although the microphone is assembled in the US.

Red 5 Audio also use the same body+capsule for a £36 hyper-cardioid mic. 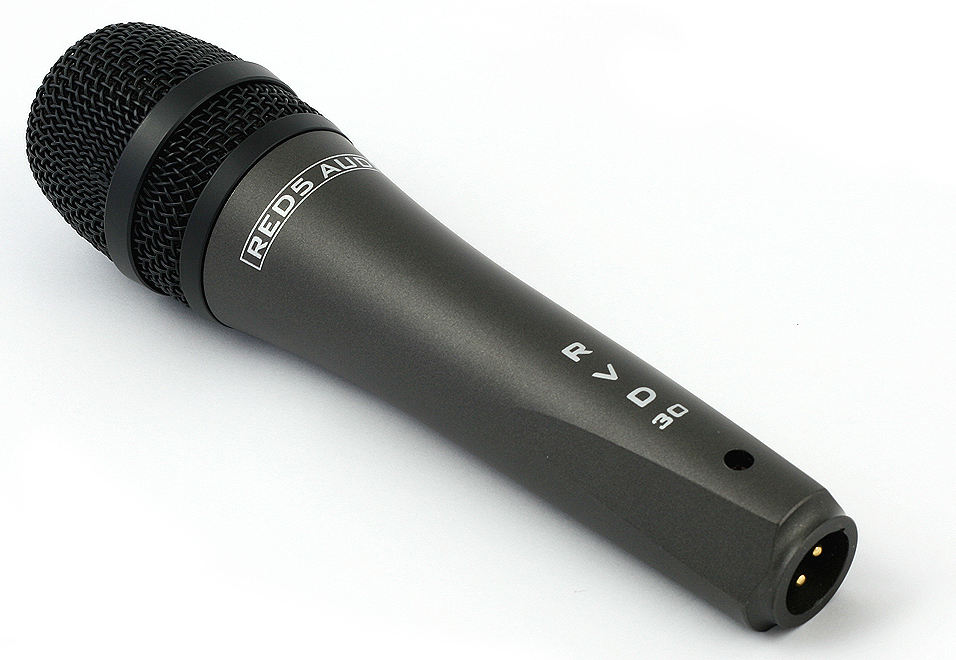 Just pushed the buy button on one of these as I was looking for a 58 esque mic!

Thank you for the detailed review Mr Wonks!