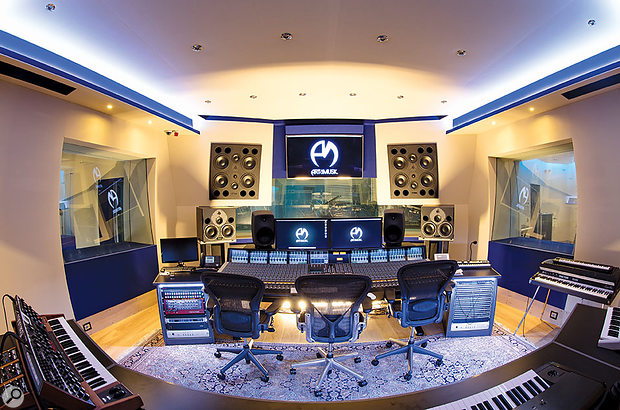 In an era when fewer and fewer artists are seeking the services of professional recording studios, it takes guts and special circumstances to construct a large music production facility. So it was with Art & Music Studios, conceived following a bold idea and as a part of a larger plan. Located in the small city of Gallarate, 20km north of Milan, Art & Music is one of the largest recording studios in Italy.

Established in 2012, it was founded by Milan‑born record producer, musician, pianist, DJ, sound engineer and label manager Bruno Carlo Oggioni, who as an artist also goes by the name of Dr Shiver. The trained pianist, organist and keyboard player performed alongside the likes of Pharell Williams, Louie Vega and BB King before embarking on as a career as a songwriter and producer. He built his first studio in 2003, in the garage of the family’s holiday home in the small town of Magognino near Lake Maggiore. However, the success of his record label and publishing company Art & Music Records, which he founded around the same time, meant he eventually outgrew the place and was in need of a larger, purpose‑built studio.

In 2010, Oggioni secured a former laundry building in Gallarate and made it headquarters for both the studio and the record label. A few minutes away from Malpensa airport, the location is central and internationally accessible, yet much quieter than Milan itself. The large open building with a floor space of 500 square metres guaranteed maximum flexibility for the studio design, which was a collaborative effort between Oggioni’s team and Josif Vezzoli of JVC Acoustics, and took 18 months to build. Art & Music Studios occupies the ground floor of the building, with the label offices on the first floor. 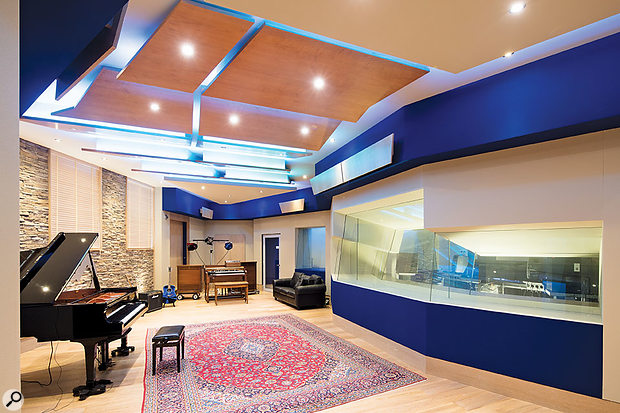 The main live area covers a floor space of 200 square metres, with a 110‑square‑metre live room and four additional booths with different acoustic properties. The bright and clean space admits plenty of daylight, and eye contact can be maintained between most rooms. All the major sections of the studio were constructed following a true room‑within‑a‑room concept, on individual floating floors, offering an astonishing level of sonic separation. With a very flexible wiring scheme, all live areas can be patched into any of the three control rooms: A, B and C. 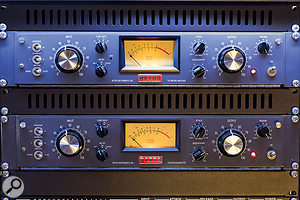 A pair of Retro Instruments 176 Limiting Amplifiers in the Studio A outboard rack.The large control room A is in the centre of the half‑moon‑shaped live area, and is equipped with a 48‑channel SSL Duality Console, of which Oggioni says: “It offers everything, it’s a very complete mixer. With this console you don’t really need any outboard gear, but of course you can employ it to add more colours to the project. From the engineer’s perspective it is my favourite bit of kit in the entire studio.”

Plenty of outboard colour is on tap for those who wish it, including a pair of Retro Instruments 176 limiters, a Prism Sound Maselec MLA‑2 compressor, Manley Massive Passive and GML 8200 equalisers and a selection of API 500‑series modules. The speaker setup includes Genelec 8050 nearfields and an impressive custom Dynaudio M4S main monitor rig. 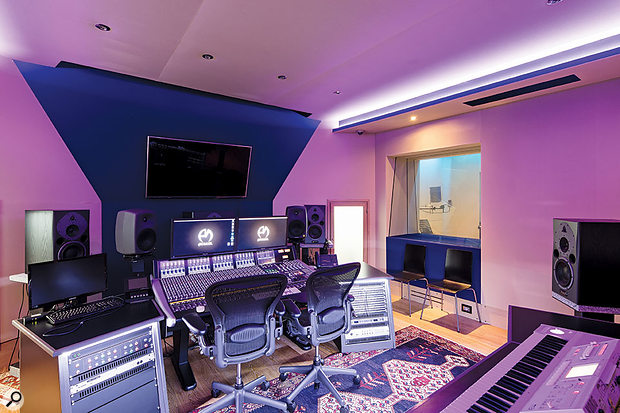 Studio B is centred around a 24‑channel SSL Duality console.

Control room B also boasts an SSL Duality, this time with 24 channels, and is certified for mixing and mastering in Dolby Surround 5.1, 6.1, 7.2 plus DTS Surround and Stereo. An extensive selection of outboard includes Thermionic Culture Nightingale, Freebird and Phoenix units for valve coloration. 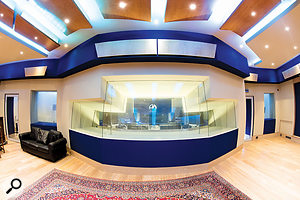 The whole facility combines extraordinary acoustic separation between different spaces with excellent sight lines.Studio C is an additional space for editing, pre‑ and post‑production, but although it has a more compact technical setup, its acoustic properties have been designed to the same standards as the other spaces. In addition, Art & Music offers two multi‑function rooms for education purposes, for hosting masterclasses and writing camps, plus a chroma key room and an in‑house video production department. 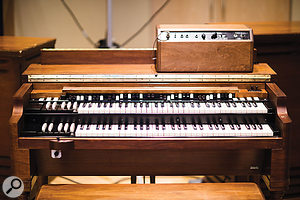 The Hammond B3 is accompanied by two 122 and 147 Leslies and a custom‑made reverb and distortion box.“As a musician,” says Bruno Oggioni, “I would name the Hammond B3 with the two 122 and 147 Leslies as my favourite piece of the technical setup at Art & Music.” But competition is stiff, with the backline also offering a Yamaha Disklavier grand piano and a Moog Voyager XL. The mic locker is well stocked, too, with classics such as a pair of Neumann U87s and a Neumann M149, along with Schoeps CMC3, Royer R‑121 and Earthworks PM40s.

The first outside client to record at the studio in 2012 was Louie Vega, and other international artists who have worked there include Pharrell Williams and Frank Ocean. But these high‑profile clients are just the icing on the cake, because the studio is mainly used for very successful in‑house productions on the Art & Music label. These include the Russian trio Serebro, with their multi‑platinum record ‘Mama Lover’, as well as Dr Shiver’s own dance single ‘Catch Me’, which was presented at the Eurovision Song Contest in 2013. Shiver/Oggioni is also the music producer for the Italian talent show Top DJ. And plans are afoot to extend this broad palette of activities even further: a nearby warehouse will be converted into a compound of additional production suites both for internal and external producers.