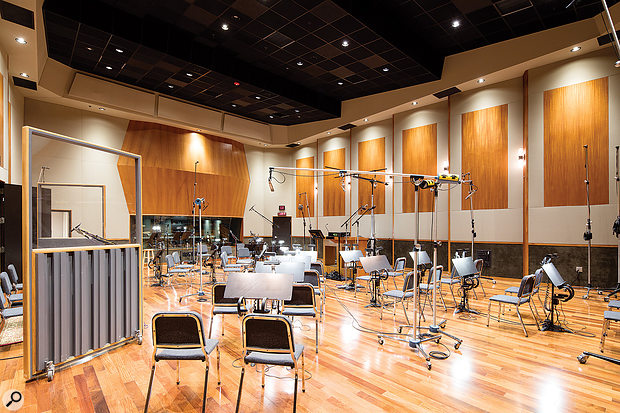 Most audio professionals would agree that our industry is in a transitional period at the moment. New digital distribution schemes in film and audio have, inevitably, had a profound influence on the way recordings are made today. Large studios have found themselves under pressure thanks to reduced budgets, high property prices and competition from newer, smaller, more streamlined facilities. As a result, several legendary recording venues have had to close their doors for good in recent years.

Some would argue that this is not the best climate in which to open up a major new recording venture — but The Bridge has proved that there is room for another. Los Angeles is already home to more studios than any other city on this planet, yet still, it seems, offers niches big enough for a new studio with a floor space covering almost 300 square metres! Since founder and owner Greg Curtis secured the space in 2006, The Bridge has become one of the busiest film and TV scoring stages in the greater Los Angeles area.

Curtis grew up in the small town of Oshkosh in Wisconsin. A trumpet player since fifth grade, he moved to Los Angeles in 2000, pursuing a job as a studio trumpet player. He had earned a masters degree as a trumpet player, but he also started building speakers in high school and jobbed as a FOH mixer in rock clubs during college. In Los Angeles, he played in many ensembles from chamber groups to jazz bands, and through this network he gained contacts to composers. Eventually he started to record music again as a recording engineer for film and TV. Soon after, Greg Curtis received a certificate from UCLA in Recording Engineering: a programme which, as he recalls, offered him the “technical aspects of electronics, all the math, some of the physics and psychoacoustics“ of recording.

At the time, Curtis was working out of studios like Capitol, Conway, Ocean Way and Westlake, and when it was time to move his own home studio out of his house, he knew exactly what kind of space he wanted to build for himself. He was not interested in a multi-room facility like so many others in Los Angeles, but rather in a scoring stage with very specific acoustic capabilities. “The acoustics I had in mind weren’t available at the time,” remembers Curtis. “I wanted a film scoring stage about the size as Capitol A, or Ocean Way A: a big space with a high ceiling. I love the classic [Bill] Putnam rooms and they sound incredible, but I wanted a different thing. Most of these classic studios have a lot of bass damping for electronic instruments, but I wanted a more transparent-sounding space that allows more bass energy to develop out there. More like a recital hall, more suitable for acoustic intruments. The bass isn’t overwhelming here, but you don’t need three or four bass players with a 35-piece orchestra, one or two will work just fine!“ 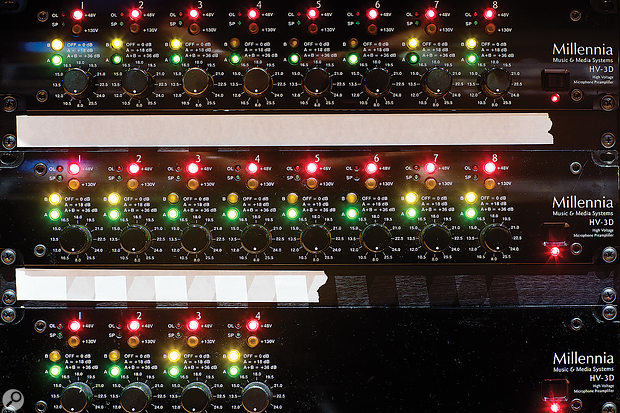 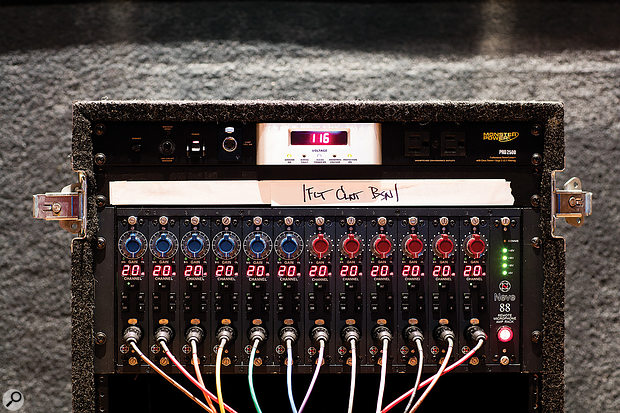 In 2006, Curtis acquired a building in Glendale, just North of Los Angeles. Close to Griffith Park and premises used by Disney and Dreamworks, it met all his requirements, as it was big, free-standing and had plenty of clean electricity available. Built as an aerospace laboratory in 1952, the premises had also served as offices, machine shops and a lighting factory. After two years of planning and a little more than that for the actual construction, The Bridge was ready for business in August 2010. As Greg Curtis explains, the name connotes “a physical structure which takes you from one side to the other“, a description that fits the process of recording and the purpose of a recording studio quite well.

Curtis’s venue boasts a large live area: the main stage has a floor space of 165 square metres and a ceiling that’s almost seven metres high, providing enough space for a 60-piece orchestra or a 70-piece choir. There are also two 20-square-metre isolation booths, and the 80-square-metre control room offers a great sense of space as well. 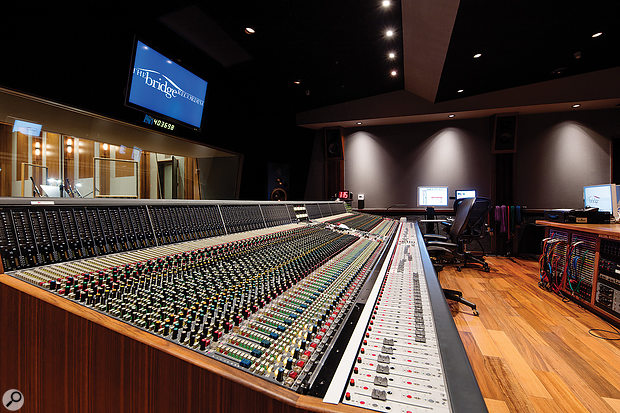 The control room is built around a 96-input Neve VSP Legend console.

Focusing more on tracking rather than on mixing, The Bridge is built around a Neve VSP Legend console, with 96 inputs, which came from the Paramount scoring stage and is equipped with a custom on-board cue mixer. The outboard preamp collection includes a Neve 81R remote rack with six 1081 and six Neve AIR channels, 20 channels of Millennia HV3D and four channels of Millennia HV3B, as well as four AEA TRP preamps with a high-gain architecture specially tailored for ribbon microphones. The studio offers a selection of outboard EQs and dynamics including half a dozen Universal Audio LA2A and 1176LN units, an SSL G384 stereo bus compressor and a pair of GML 8200 stereo parametric EQs. There’s also a Lexicon 96L digital reverb and a pair of EMT 140 stereo plates with Martek electronics. 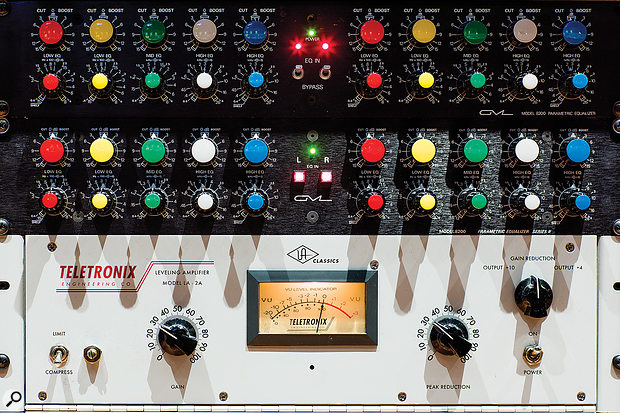 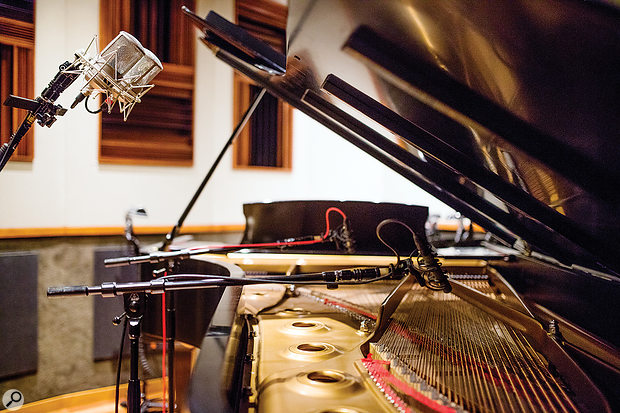 Sounds in the live room can be captured using a selection of well over 120 capacitor, ribbon and dynamic microphones. The studio offers a choice of three Neumann M50s or three TLM50s for the Decca Tree, and a large selection of other Neumann mics including six TLM170s and a pair of U47 FETs. There are plenty of AKG C414s and half a dozen Schoeps small-diaphragm capacitor mics, as well as a number of Sennheiser MKH800s, MKH20s and MKH40s, and half a dozen Soundelux E47s, E49s and U99s. Ribbon mics include an RCA BX44, a pair of 77DXs and two gorgeous KU3As, as well as five Coles 4038s and a Royer SF24 stereo ribbon. 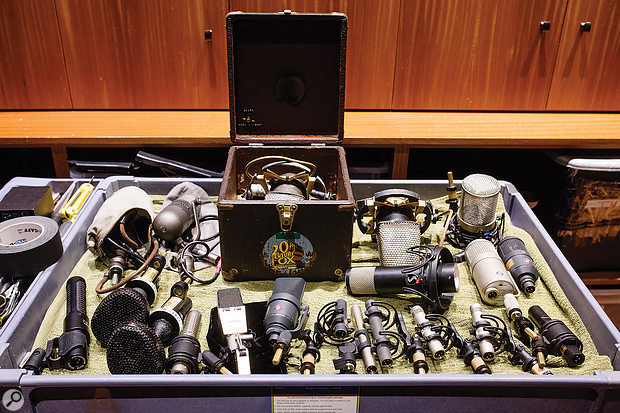 A selection of the studio’s many vintage and modern microphones. 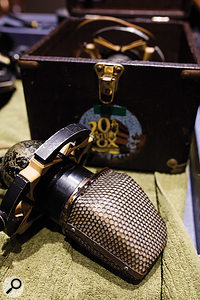 Among the highlights of the mic collection are a pair of RCA KU3A ribbon mics.Today, after six years in operation, over 60 percent of the studio’s business is TV shows, 20 percent is film soundtracks, and the rest mostly, as Curtis puts it, “music for the sake of music”. Notable TV projects recorded at The Bridge include The Simpsons, Person Of Interest, Once Upon A Time, The Walking Dead, Star Wars / Clone Wars and The Cape, while the studio has also recorded film soundtracks such as The Avengers, X-Men and The Bourne Legacy. Clint Eastwood used The Bridge for recordings for his musical Jersey Boys, and music clients include Tom Morello, Rod Stewart, Kenny G, Stanley Clarke, Placido Domingo and Lana del Rey. According to Greg Curtis, remote recording sessions using global Internet live streaming are a part of the business that is growing rapidly: “We got the musicians, technical setup, the crews, the composers are all here, and there is a world of clients out there who want a piece of that!“