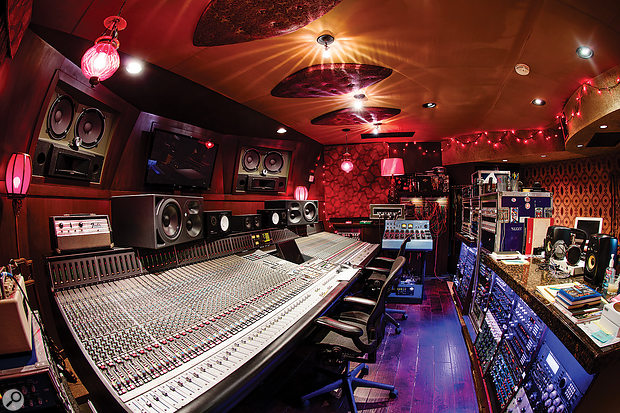 All of Larrabee’s control rooms, including Studio 2 shown here, are based around SSL consoles.

As a large multi-room facility, Larrabee Studios remains in demand both by artists and industry professionals, to the point where they are not only holding their ground but are actually expanding — quite an achievement in the current industry climate. But success did not come overnight for the North Hollywood studio.

This tale begins on Larrabee Street in West Hollywood in the ’60s, when pop lyricist Gerry Goffin and his wife, famed singer-songwriter Carole King, opened up their own recording space. After a couple of years, in 1969, the studio was acquired by Jackie Mills, initially a drummer for jazz and big-band stars such as Tommy Dorsey, Charlie Barnet, Dizzy Gillespie and Billie Holiday. As a record producer he played a critical role in the careers of Janis Joplin, Irene Kral and Bobby Sherman, and he co-founded Choreo Records (later known as Ava Records), a publishing company of the same name, and he was active as a songwriter, too. Larrabee became one of the first SSL studios in the US, and in the mid-’80s, Mills’ son Kevin acquired and remodelled the premises. 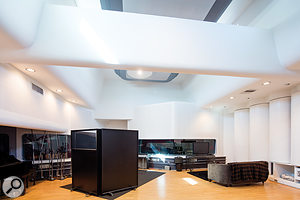 The Studio 5 live room, originally built by Bill Schnee, is considered by many as one of the best-sounding spaces around Los Angeles. 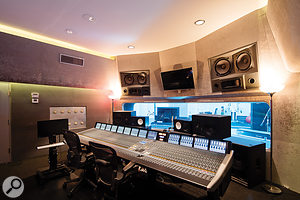 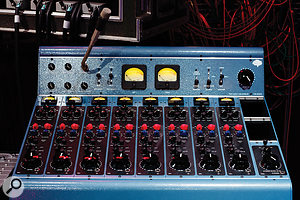 A Tree Audio console serves as a sidecar in Studio 2. 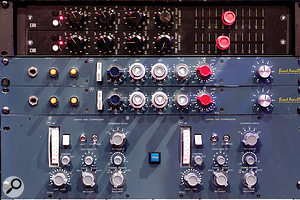 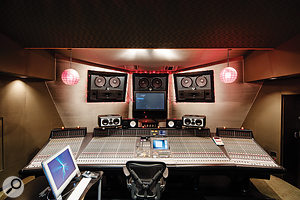 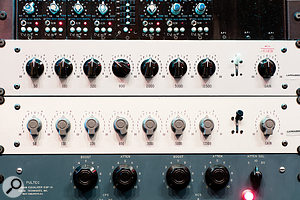 Larrabee hosts the largest collection of vintage Motown EQs in the world.Larrabee saw a major expansion in 1991, when the family business purchased another studio in North Hollywood. The original space, now called Larrabee West, remained in operation until 2003, but Larrabee North (now Larrabee Studios) now serves as the main hub and headquarters of the studio. It, too, was a well-established recording venue before it became a part of the Larrabee universe.

Originally built and founded in 1973 by Len Kovner as Davlen Sound Studios, the studio was used by Fleetwood Mac to record portions of their milestone album Tusk. In the mid-’80s the place was acquired by Giorgio Moroder, who needed a new workspace when he left his Musicland studios in Munich and relocated to Los Angeles. Music history continued to be written in the hands of the Mills family. The inaugural project for the new Larrabee nerve centre was Michael Jackson’s eighth studio album Dangerous, for which the King of Pop set up shop here for a year.

The Larabee empire expanded further in 2015 when another legendary LA studio, which happened to be located next door, became available. Schnee studios was built in 1981 by Bill Schnee, the 11-times Grammy-nominated engineer/producer who won the coveted trophy twice for his work with Steely Dan on Aja and Gaucho. It produced countless gold and platinum records with artists such as Steely Dan, Chicago, Whitney Houston, Dire Straits, Marvin Gaye, Rod Stewart and Natalie Cole. Now named Larrabee Studio 5, the room is currently under a long-term lockout with songwriter and record producer Harvey Mason Jr. And he is in good company: eight-times Grammy-winning mixing engineer Manny Marroquin also works exclusively out of Larrabee, as does Jaycen Joshua, another highly successful mixer with three Grammy awards under his belt.

Larrabee’s five studios, two tracking spaces and production/mastering suite are centred around a large atrium that has something of a boutique hotel atmosphere, decorated with paintings, photographs and other artworks. In functional terms, Larrabee remains an SSL facility throughout. The 40-square-metre Studio 1 control room that is Jaycen Joshua’s workspace is home to an SSL 9080XL K-series console, and the adjacent 65-square-metre live area is the second largest at Larrabee. Studio 2, where Manny Marroquin resides, offers similar proportions, while Studio 3 is slightly larger, but both feature similar consoles to that in Studio 1. Studio 4, meanwhile, boasts a classic SSL 4056 G/G+ console loaded with 32 G-series and 24 E-series equalisers, and Studio 5, the former Schnee control room, has been equipped with a 72-channel Duality desk. The smaller Studio A, sometimes called the Bordello Room thanks to its crimson walls and velvet fabrics, has lately been set up for mastering duties.

A basic principle at Larrabee is that sessions should be able to move between the major rooms, and hence the technical setup is fairly consistent throughout the entire facility. All control rooms retain a similar blend of outboard kit of the highest specifications. Studio standards like the Pultec EQP-1A, Teletronix LA2A and Gates Sta-Level can thus be found everywhere, but Larrabee also has some special bits of kit on offer. Perhaps most notably, the studios boast the largest number of the ultra-rare and coveted Motown EQs of any studio.

With so much quality on offer in all Larrabee rooms, the list of recent clients is as high-profile as it gets, too. It goes literally from Arianna Grande to Zayn, and in between there artists like Stevie Wonder, Jennifer Hudson, Miley Cyrus, John Mayer, the Weeknd, Chris Brown, Nikki Minaj, Luis Fonzi, Kesha, Lady Gaga, Mariah Carey and many, many more. It would be easier to count the pop artists who have never worked at Larrabee than to quote the entire client roster from the past 40 years!