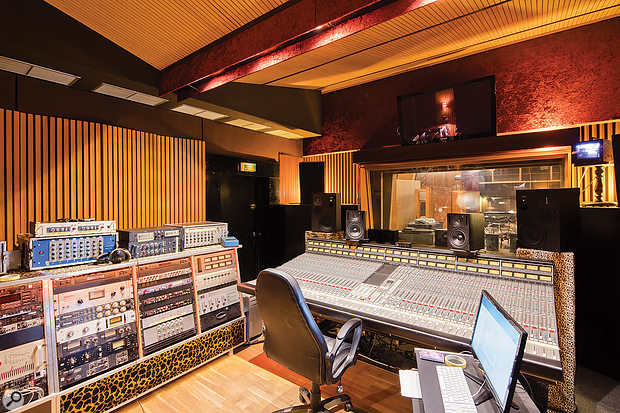 The recording industry has always been an unstable business, and labels and studios have spent most of the last century battling one new challenge after another. Second chances are few, but one of them has kept alive a remarkable French studio that lay dormant for over a decade before being reborn. 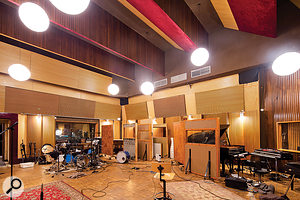 The Studio A live room.In 1947, a record label called Vogue was founded by jazz aficionados Leon Cabat, Charles Delaunay and Albert Ferreri. They signed saxophonist Sidney Bechet, whose 1949 release ‘Les Oignons’ was the first record in France to sell more than a million copies. Following this early success, the company expanded quickly, producing many French artists and distributing foreign labels such as Pye, Elektra, Reprise and Tamla Motown. In 1956, they started manufacturing records and other phonographic products in Villetaneuse, a northern suburb of Paris, and in the ’60s and ’70s, a period sometimes described as the company’s ‘golden age’, Vogue worked with artists like Johnny Hallyday, Jacques Dutronc and Francoise Hardy. 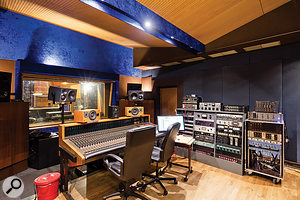 Studio B is centred around an MCI console. 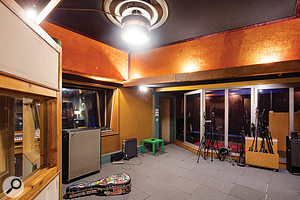 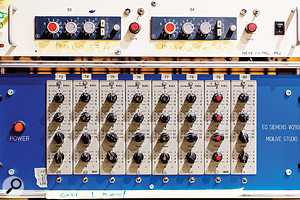 The large selection of outboard preamps and EQs in Studio A includes vintage Neve 3116 and Siemens W295b units. 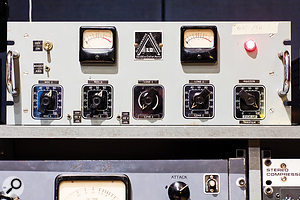 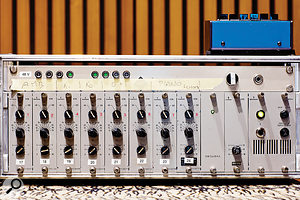 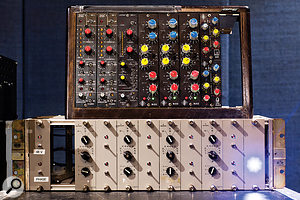 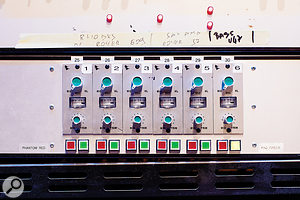 In 1975, the decision was taken to integrate all stages of music production and record manufacturing at their Villetaneuse premises, and accordingly, a recording studio was built to the highest of standards of the time. It was designed jointly by engineer and site manager Serge Doll, architect Gilles Fourment and renowned acoustician Francis Milano. To shield the rooms against noise emitted by nearby railways, highways and planes heading for nearby Charles de Gaulle airport, the studio was constructed on ‘room within a room’ lines, with the inner walls placed on thick rubber bands to isolate them from vibration.

However, the stunning layout of the Vogue studios, which were named Sidney Bechet after the company’s early success, did not help to sustain a long, fruitful history. Vogue, at the time the largest and most successful business in Villetaneuse, failed to adapt to the digital era, and with the Compact Disc taking the industry by storm, Vogue went out of business in the mid-’80s. When the studios closed in 1984, they had only been active for six years.

After Vogue’s bankruptcy, the studios were acquired by a company called Mediason, and finally, in 1997, reopened as Midilive Studios. The name outlined the new concept of building a bridge between analogue live music and digital technology, and step by step, the team around Jerome Frulin, Yann Noel and Stephane Ichai revived the facilities. When they took over, the rooms were completely empty, and most of the inner structures had to be rebuilt, a process overseen by original engineer Serge Doll. Today the structures housing Midilive remain probably the largest purpose-built recording facility in France. Studio A boasts a ceiling height of over seven metres and a large live room of 120 square metres, with four booths and a mezzanine, originally conceived for choirs or horn sections, effectively doubling this area. The large room was designed mainly for orchestras and large ensembles, and can accommodate more than 40 musicians in the main live area alone, while Studio B is tailored more for band recording and mixing, offering half a dozen variable acoustic properties within its 60-square-metre live area that allow a band to play together in one room with hardly any mic bleed.

Since all of the original equipment was long gone when Midilive was founded, the whole technical setup had to be rebuilt from the ground up. Today Studio A is centred around a 48-channel SSL 8000 equipped with 4000G preamps and 4000E EQs, while Studio B relies on a 36-channel MCI J 636. Midilive boasts 48 mic tie lines in Studio A, and 24 in Studio B, and the larger room in particular boasts a preamp selection to match. Among the many beautiful classics we find pairs of Neve 1066s, 3116s and 8108s, a Telefunken V76s, several Telefunken V72s, a rack with 12 discrete Siemens V276s, eight vintage API 312s and a pair of EAB R85s. Midilive also offers some interesting outboard kit, including Gates SA39B and Teletronix LA-2A compressors, an EMT 140 stereo valve plate reverb along with an EMT 245 and an AKG BX20, and some very rare French valve equipment such as a multi-channel Discographe Magnétographe LD preamp.

The mic locker offers an impressive collection to match, including a long-body Neumann U47, a pair of U67s and four M367s as well as an RCA BX44 and DX77, four Coles 4038s and many others. Another important Midilive asset is the big backline assortment, which includes a Steinway Model B, analogue keyboards such as a Hammond B3, a Minimoog, a Vox Continental and a Rhodes piano, as well as more than a dozen guitar amplifiers and various other instruments.