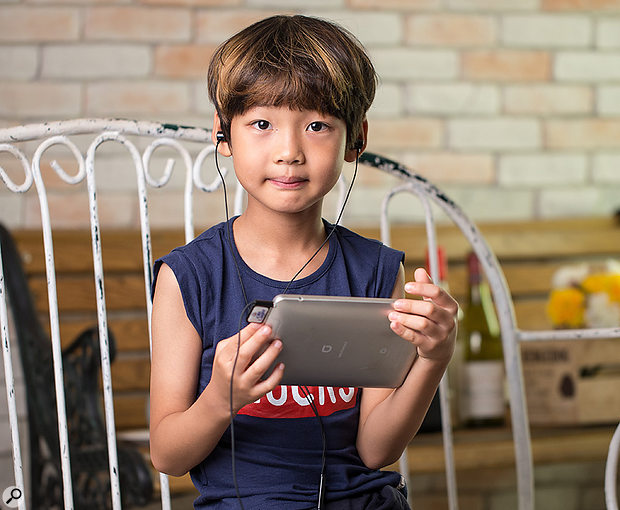 The competitors you need to worry about are the ones you haven’t heard of. Yet...

In December last year, the Oxford English Dictionary launched an appeal to try to find instances of the word ‘cheers’ being used as a replacement for ‘thank you’. And, as impossible as it is to believe, it appears that the earliest ever recorded use of ‘cheers’ to mean ‘thanks’ in literature, poetry, film and any written or recorded medium in the English language was, in fact, in 1981, when it was spoken by the Grandad character in an episode of Only Fools And Horses. The natural conclusion is that while people have obviously been saying ‘cheers’ to each other for centuries, those people were mainly working class; and, as plays and books tended to be written by the middle classes, it wasn’t noted or referenced as a speech pattern before 1981.

One of the most exciting aspects of this industry is being at the cutting edge of technology and watching its power and usefulness rise at the same rate as its cost falls. Tascam, for example, sell a portable six-track digital studio unit with built-in stereo microphone, digital effects, sound editing and mastering plug-ins for a little over £100. In other words, self-contained, powerful studio technology that would have been unthinkable 15 years ago is now the size of a paperback and costs less than a train ticket from Manchester to London. The upshot of this is, of course, the democratisation of the recording medium. You no longer need to be rich, established or in Central London to participate in making music for media.

But, as always, there are down sides. There are too many of us doing it, and as such, it’s a buyer’s market, which means we should all look forward to being treated incrementally worse and worse for each bidder that competes with us joining the pitch. Secondly, it means that music as a collaborative endeavour is now a rare luxury, afforded only to those working with the best budgets. If you want to make music for the media, you’d better get used to long hours on your own faking it in a dark room. And finally, with so much freely available music flying around, the perpetual uphill struggle of trying to convince our clients that original, bespoke music has a value of its own seems to get harder each day.

But it’s not all doom and gloom. Personally, I love being able to work from anywhere with a fully specified mobile laptop-based studio rig (including a mini keyboard, speakers and hard drives) now fitting into a small backpack. I love the challenge of new projects, but mostly I love the fact that I only exist in the industry at all because I continue to have the energy and enthusiasm to take on and compete with younger, hungrier men and women from all backgrounds who are also trying to establish themselves. And that’s exactly how it should be. I’ve seen some old boys’ network composers’ groups, and trust me, it’s not pretty, unless you like men in their 50s moaning into their pints about ‘better days’ and how much more fun Soho used to be back in the day when there was lots more money sloshing around the music business and that one time something hilarious happened involving that advertising executive and some cocaine and some Guinness. Meanwhile, in a back bedroom in a less expensive part of the capital, a teenager with no formal training and not a penny to her name but with fire in her belly is hunched over a borrowed iPad, tearing up the rule book, pushing creative boundaries and forging the genres and sounds of the future.

“Whatever you teach your children, teach them enthusiasm,” said someone clever once. And the desire to want to be good at something and participate and be heard is worth more than any amount of recording technology. And that’s something I’d definitely drink to. Cheers.