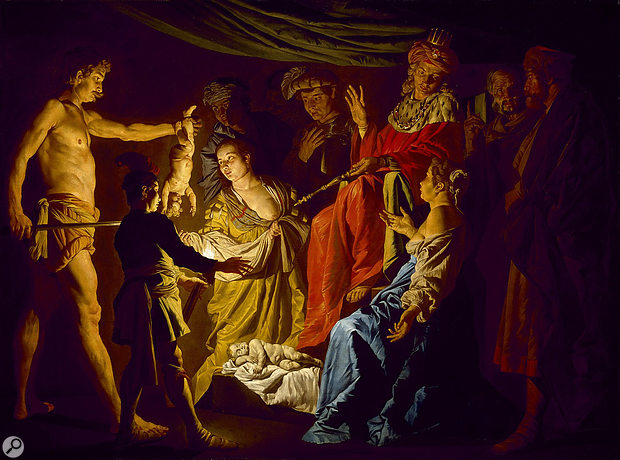 In a later case, King Solomon would go on to assign rival TV producers eight bars each of the main title theme.

There are always loose ends in the murky world of music for the media. And sometimes those loose ends end up tied round your neck.

They don’t know what they want. This has never happened to me before: a client making a TV programme (a sort of sporty thing for kids) has rung me up, and is admitting right from the start that they don’t know what they want. I hardly know what to say. This is a big client and one that I’d really like to impress. They have a good track record, but more importantly, I’m literally struck dumb at having a conversation about music with someone who hasn’t pretended they know what they need. Feelings of altruism and helpfulness flood through my veins. I’m being treated like a consultant. Like a professional. Like an expert!

I send a friendly reminder. Nothing. My enthusiasm fades out at this point and I move onto other projects, forgetting all about my all-too-brief flirtation with telly people who initially appeared to be open, respectful and creative but ended up just being indifferent and rude. You live and learn. Well, you live, at least.

Five months later, I’m asked to pitch for a TV show for a different channel. It’s a shiny-floor entertainment thing, the central premise of which is so contrived they had to explain the format to me three times over the phone, and all I can say with any degree of certainty is that I think someone sings in it at some point. Grabbing this new opportunity with both hands and giving it the dedication and creative commitment I feel it deserves, I begin to casually flick through the folders on my hard drive to see if there are any old rejected demos I could rename and send to them. Turns out there are quite a few. And furthermore, it turns out that a dancey techno thing with a strong melodic hook that was composed for a kids’ sports programme might just be what the doctor ordered for my new clients. Recycling: it’s not just for beer bottles.

I derive a complete package of beds and stings from my techno theme with the strong melodic hook and they love it. Expensive graphics are built around the music, the studio audience are encouraged to sing and clap along with it, and after 43 cues delivered and eight shows filmed, I have a new and happy client. They even spelt my name correctly in the end credits — and that never happens. Even I can’t wait for it to be on TV.

Two weeks pass, and I receive an email from the Production Secretary of the original kids’ sports show. She’s so sorry for not getting in touch sooner, but wants to let me know they ended up using all three of my demo tracks in the programme and that they used the dancey techno track with the strong melodic hook as the main title theme. Did I watch the 20 episodes when they were broadcast? Could I please sign the attached contract commissioning me for my work?

I sit on the floor and quietly weep. Then, out of the blue, I get another email from the shiny-floor singing show. The person who commissioned it has been fired from the TV channel, and as an act of creative and corporate retribution, the show will now not be broadcast, and everyone’s hard work will be scrapped, never to see the light of day.

In 1946, when Irving Berlin wrote “There’s no business like show business. No business I know,” he really did know what he was talking about.