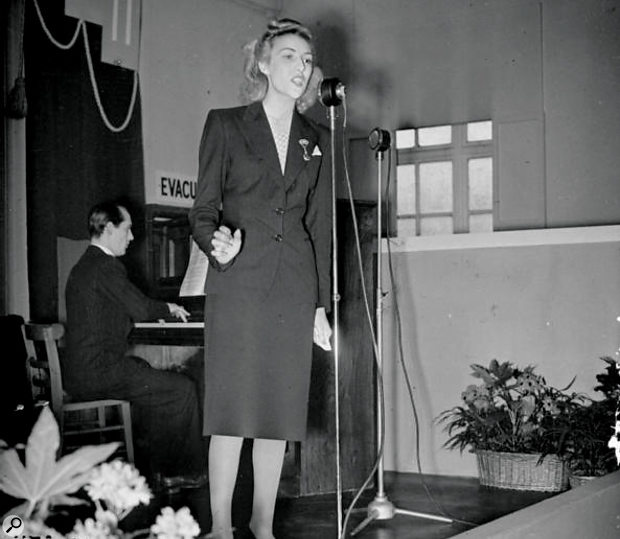 “This next number is an electro-acoustic free-jazz improvisation featuring Merzbow on broken cassette recorders... Wait! Come back!”

Being precious about your artistic sensibilities is all very well — as long as you don’t mind no-one ever hearing your music.

Dame Vera Lynn was born in East London in 1917. Affectionately known as The Forces’ Sweetheart, she is best known for classic recordings of songs such as ‘We’ll Meet Again’ and ‘The White Cliffs Of Dover’ that personified Britain’s wartime stiff-upper-lipped softly sentimental steadiness. She began singing in public while Elgar, Fauré and Puccini were still alive, and her first broadcast performance was on BBC radio in 1935 — two years before Shirley Bassey was born. When she was at the same age and stage of her career as I am now, the Beatles didn’t even exist. And later this month, at the age of 100, she is releasing a new album and doing a concert at the Palladium.

Meanwhile, the year 2016 saw a host of new solo artists releasing albums. Zayn Malik, Jack Garratt and Blossoms all made splashes in the album charts, but beating them all to be the best-selling newcomer of the year was a former footballer, comedian and host of the ITV gameshow The Chase: Bradley Walsh. Released in November, his album of jazz standards sold a hefty 112,000 copies in the run-up to Christmas alone.

Not Clever, But Big

To me, these two people personify the continuing wonder of this business we call ‘Show’. I never cease to be amazed by its capacity for staggering career longevity, its ability to confound expectations and the occasional tendency to show two fingers to artistic pretension.

I think most composers would always want to break new creative ground and stretch themselves into unchartered musical waters. I don’t know any media composer that wouldn’t prefer the art-house drama project over the daytime chat show. However, time shows us that the desire to be edgy will be reined in by all but the most cutting-edge clients; and if that daytime chat show runs for 14 years and gets sold internationally along with your music, it will certainly allow you to dry your tears of creative frustration with some nice crisp £50 notes for a while.

It’s Not All About You

The answer to 99 out of 100 questions is, of course, money; and TV, film and games projects are all defined by bums on seats ahead of artistic merit. Whilst we might be hired to be creators and ‘taste makers’, what we do has to be able to fit into the framework of a medium designed to attract the biggest possible audience, and public tastes are often more conservative than we like to think. Add to this the fact that a good number of the people judging our work during the production will be often not really qualified to speak intelligently about music (and how to make it work) beyond what they personally like. A big part of your job, therefore, is being a translator or interpreter, trying to convert sometimes abstract and contradictory instructions, pointers and feedback into changes to your music. All composers (indeed most creative people) keep a list somewhere of the bonkers things uttered to them by clients in the pursuit of making it “faster but slower”, “more intense and daytimey” or “more red-sounding”. The trick is to not be intimidated by any of it. See it as an opportunity to help your client help you make the best music possible — even if the circumstances are not quite the creative blank page we all one day hope for.

Pictures are defined by their frames. Limitations, deadlines and adversity are the grit in the oyster that makes the pearl. For some reason we still buy monophonic synths and faithful recreations of ‘classic’ old drum machines, despite having much better music-making technology on our iPhones. So don’t be afraid of the limitations of your brief, the limitations of your clients or the time they give you to do the work. If it wasn’t for the last minute, a lot of things wouldn’t get done at all.